Well this year’s solstice definitely ushered in summer. From a cool and damp spring we jumped to a dry, hot summer – seemingly overnight. It was hard to adjust to 33°C at first, but now 25°C seems cold.
Here’s what I’ve been reading and thinking about this week.
Wildfire on the Great Plains


While we usually think about wildfire as being a problem in the forests of western North America, researchers have recorded a 350% increase in the number of wildfires on the Plains in the last 30 years. Some of the drivers of these wildfires include “warming caused by fossil fuel pollution, growing populations and the expansions of cities and towns, invasions by fire-prone weeds, and the after-effects of a century of firefighting, which allowed flammable trees and dry grass to build up in wilderness and rural areas.” This increase in wildfires calls for a new perspective on fire fighting in the Plains region – particularly how to fund increased firefighting activity.
Beavers improve salmonid habitat

I love anything to do with beavers. Maybe because they’re our national animal, or maybe because they’re some of the most ingenious ecosystem engineers out there. Now there’s even more reason to love them: beaver dams moderate stream temperatures, keeping them at optimal (cool) levels for salmonids like steelhead by increasing the exchange between surface and groundwater. What’s interesting here is that scientists originally thought that beaver dams increased water temperature – this study found that’s not the case. And it’s a good thing for fish.
Is academia ready for a new kind of scientist?
In this fascinating, multi-author, open access paper, researchers propose a new approach to academia that would be able to contribute to solving some of the world’s most pressing problems. The article lists five ways in which we can foster institutional innovation:

One of the roadblocks they identify is that

“in many basic-science departments, research with immediate relevance to societal issues is seen as second-class work.”

I can certainly attest to that, having had trouble getting funding – and even getting a job – because I was doing quite a bit of applied research in collaboration with government and industry. I also like their point about putting people at the centre of environmental science, and making meaningful collaborations with social scientists and communities. I think this article sums up what many people are already thinking – the key will be putting it in practice.
On writing as activism 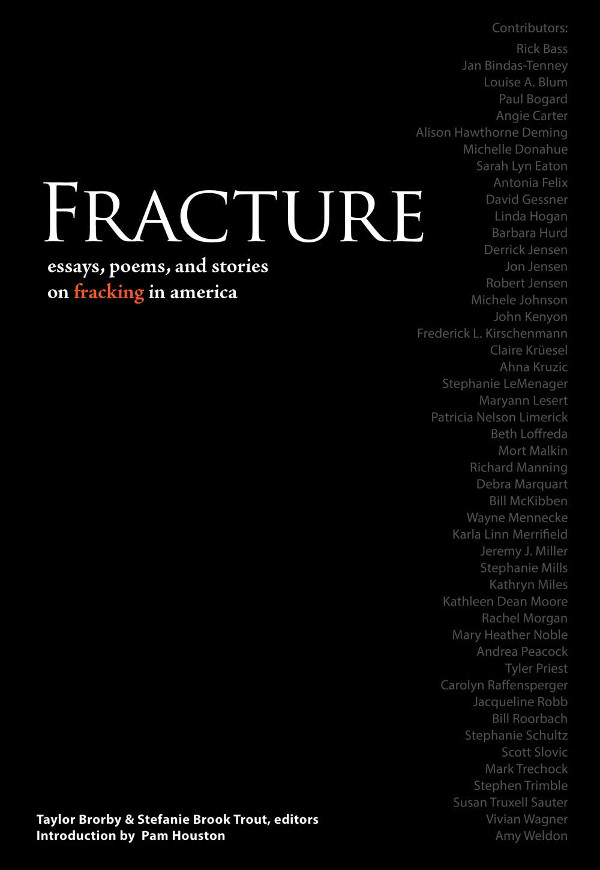 I had never heard of Taylor Brorby until one of the members in our Science Creative Nonfiction Slack group shared this interview with him. Brorby lives in western North Dakota and has been an active witness to the Bakken oil boom in that region. Much of the oil is accessed via fracking, so Brorby decided to pull together an anthology of writing about fracking and fossil fuels. What struck me about Brorby was that he’s strongly connected to nature, and that rootedness in place manifests as serious advocacy for that place in the face of daunting environmental obstacles. I appreciate this approach, because I find that sometimes nature writing can be quite airy fairy and self-referential – something Brorby is not. I think it’s what many of us aim for in our writing – connecting to nature but also making a statement about how it’s being managed. My favourite quote:

“For me, it begins and ends with land. The beautiful bentonite bluffs of western North Dakota are my backbone and the sediment-laden Missouri River is the main artery that is me.”

Writing advice from Aya de Leon
As a member of a number of women’s writing groups on Facebook, I received an email containing an interview with Aya de Leon. De Leon is a novelist who has written a book a year, directs the Poetry for the People program at UC Berkeley, and is the primary parent in her family. I’m not a fan of the ‘you can write a book a year too if you write every day’ spiel (read my thoughts about that here). But de Leon’s first point really resonated with me. She said:

“You need to know that you have the right to speak and the right to spend time writing. You need to have the expectation of an audience, and the understanding that someone wants/needs to hear your words. If you don’t have this in place, none of the other tools will work.
This flies in the face of our female conditioning to be readers. A girl who reads is a good girl, a quiet girl. But broadcasting requires a sense of entitlement. We need to know that we matter and that our work has significance.”

This is true on so many levels. Many of her other points were spot-on as well. Worth a read.
Changing our language to include nature


Robin Wall Kimmerer is a woman of many talents. An indigenous plant scientist, her writing works to reconcile the scientific and indigenous worldviews into a holistic approach to helping the planet. In this article in Orion Magazine, Kimmerer explores how we talk about nature as ‘it,’ which creates a separation between us and nature. She wonders if there’s a better way to talk about nature, bringing up the word ‘kin’ as a derivative of a First Nations word but also linked to the English word for kin. What’s fascinating is that she doesn’t use this word in a vacuum. Instead, she has a class of environmental writing students use the word while writing about nature, and shares their reflections on how well they think this change in language works. Some students are less than enthusiastic about it, but others feel it works well. The article is pretty long but is a good read, and would be complemented by Robert Macfarlane’s Landmarks (about land and language – also mentioned by Kimmerer in the article). You can also follow Macfarlane on Twitter to learn a new nature-related word each day. My favourite quote from the article:

“I never would have imagined that I would one day be advocating for grammar as a tool of the revolution.”

Life without the internet


I’m fascinated by stories about life without or beyond the internet, whether that’s Matthew B. Crawford’s The World Beyond Your Head: On Becoming an Individual in an Age of Distraction (I also wrote about it here), Nicholas Carr’s The Shallows: What the Internet is Doing to Our Brains, or Michael Harris’s The End of Absence. Two articles came out recently with a perspective I really appreciate – as someone who remembers a time well before Facebook, Twitter, Instagram, SnapChat, etc. (I know I’m dating myself by the apps I’m leaving out).
This article in The New Yorker by Emma Rathbone is an ode to life before the internet. In quirky, compelling fashion, she describes how life was without its pervasive presence. My favourite line:

“Then you’d walk outside and squint at the sky, just you in your body, not tethered to any network, adrift by yourself in a world of strangers in the sunlight.”

Allison Williams wrote on the Brevity Mag blog about the importance of being bored. Of turning off your smartphone and finding your way without the GPS or going on a road trip in a car without video screens. Without these things, she says, we have

“the ability to think and dream and plan and guess for hours at a time, unbounded by schedules or plans or classes or teams or “having something to do.””

I missed it - yesterday was #NationalGardeningDay !

Cherry tree is in full bloom, with bees busily buzzing around. #spring