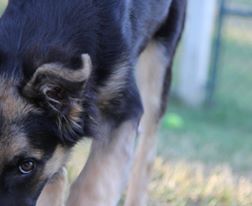 The wind is racing through the forest canopy like breakers crashing on the beach, releasing clouds of egg yolk yellow pollen into the unsettled air. With the arrival of spring we’ve seen a welcome increase in the bird populations around our house. The wet winter has made our backyard marsh deep enough to host a pair of Canada geese, plus two pairs of ducks. Yesterday they all waddled out of the marsh and sauntered around the bottom of our property, enjoying a brief stroll on solid ground.
A large pileated woodpecker has been poking around our hemlock trees, and a sapsucker has been investigating one of our cedars, while tiny rufous hummingbirds dive bomb us in the garden. The red-winged blackbirds are back, and the quail are busy squeaking and pipping under the garden shed. The cherry blossoms have almost gone over – the magnolias are starting to emerge, and we’re eagerly awaiting the first flush of white flowers on the dogwood tree.
Spring is well underway, which provides no shortage of inspiration for nature writing. The rainy, dark days of winter are behind us now, and the days ahead hint of gardening, greenery, and long sunshine hours.
But while inspiration is always good, a recent conversation with my friend Lorne Daniel reminded me that inspiration is only part of the equation. The other part is actually doing the work – plain and simple.
Lately I’ve been having trouble doing the work. I made a commitment to blog more regularly this year, and it went well for the first couple of months. I had interesting ideas, and blog posts practically wrote themselves in my head. I hit on key issues that seemed to resonate with my audience.
But then things got more difficult. The ideas weren’t coming as easily – or maybe I wasn’t making the time to explore them . Was it writer’s block? Was my creativity being sucked away by writing for other publications? Or was I just too busy in the garden, wheeling load after load of soil and rock from one part of the yard to another?
A recent interview with celebrated novelist Toni Morrison (who’s 83 already!) discussed the notion of failure as a writer. Morrison said that

“As a writer, a failure is just information…you have to pay very close attention to it, rather than get depressed or unnerved or feel ashamed. None of that is useful. It’s as though you’re in a laboratory and you’re working on an experiment with chemicals or with rats, and it doesn’t work. It doesn’t mix. You don’t throw up your hands and run out of the lab. What you do is you identify the procedure and what went wrong and then correct it. If you think of it simply as information, you can get closer to success.”

I like this analogy between science and writing. Writing becomes like an experiment – sometimes it goes awry, but that just means you try something different, not that you give up altogether. Unfortunately, it’s easier to cultivate this approach with science, because (for me, anyway) it doesn’t feel as much a part of you as writing does. A failure in writing feels like a personal failure – it’s not as though you can deflect blame to your pen or to your computer. A failure in science, however, is more external to yourself. It could potentially be an issue with your instrumentation, or your experimental design – not with the things that go on in your head.
Perhaps if I can see failures in writing from more of a scientific angle, then that will keep me working when the writing gets tough.
I also considered that I might be suffering from writer’s block. In a piece for the New Yorker,  Maria Konnikova writes of a psychoanalyst named Bergler (funny how close that is to burglar) who, in 1939, suggested that

“A blocked writer is actually blocked psychologically—and the way to “unblock” that writer is through therapy. Solve the personal psychological problem and you remove the blockage.”

Konnikova notes that this approach is somewhat vague and difficult to pin down – especially the question of what exactly a blocked psyche is, anyway. But apparently Bergler was onto something – while different types of writers can have different kinds of writer’s block, they all have one thing in common.

“Almost all of them experience flagging motivation; they feel less ambitious and find less joy in writing. They’re also less creative…blocked individuals showed “low levels of positive and constructive mental imagery”: they were less able to form pictures in their minds, and the pictures they did form were less vivid.”

Well, based on this description I may be suffering from a bit of writer’s block. I do have ‘flagging motivation,’ though I suspect it’s more to do with the phases of my illness than with writing itself. And I do have more difficulty than usual forming pictures in my mind – something that I generally have no problem with.
But if writer’s block is due to a psychological blockage, then what is the personal psychological problem I need to solve?
Today (via my sister) I ran across a post on Elissa Altman’s Dead Man’s Feast blog: On Writing and the Permission to Succeed. It identifies my psychological problem to a T. Altman (serendipitously) also begins with a reference to Toni Morrison, but the key sentence that jumped out at me was:

“Do I have the permission to succeed at this? Who am I to tell my stories?”

This struck at the heart of what’s been affecting my writing and building that writer’s block.
I’ve written a couple of posts recently that seemed to hit a nerve with my audience – visits to my blog have increased significantly, and the posts come up regularly in people’s conversations on Twitter. But rather than feeling like this was a good thing, I started feeling like a sham. Who was I to explore the perils of writing about women in science? I’m not a *real* science writer: I haven’t taken the Banff Science Communications course, and I seem to have a problem getting my pitches accepted by standard science writing outlets. These days I *only* write for the Canadian Science Publishing blog, and how credible does that make me? Also, who am I to talk about mental health in academia? I’m not an academic anymore, and I’m definitely no Hope Jahren – who wrote a bit about being a bipolar academic in her upcoming memoir (to be released this week), Lab Girl.
The doubt crept in, festering in all the dark places of my mind. I compensated by going back to science, writing a post about the spring outlook for water and forests in BC. While it’s a topic I love, the post went over like a lead balloon. I suspect it was too technical but, more critically, it lacked vibrancy and energy, the two things that bring writing alive and make people want to read it. Ultimately, even going back to what I was used to didn’t have the desired outcome. I still wasn’t doing the work required to create good writing and get it out there.
Today’s wind blew away some of my doubts, but there’s still a substantial part that lingers. Whispering softly that I’m not meant to succeed, that success is for other people but not for me. But I’m trying to commit to seizing the inspiration that’s all around me, and sitting down to do the work regardless of the devil that sits on my shoulder and whispers nastily in my ear.
Later this month I’m heading to Banff for a writing conference. It’s the same conference I attended last year in Victoria, put on by Canada’s Creative Nonfiction Collective Society. While I’m (really) nervous about travelling, I’m also looking forward to a conference program that includes Canadian memoirist Camilla Gibb, National Geographic Explorer-in-Residence Wade Davis, and Saskatchewan nature writer Trevor Herriott.
Last year I felt a bit out of my element, as it seemed that most of the writing advice was about memoir. This year I feel like my favourite genre – nature writing – is very well represented, and I have high hopes that I’ll not only be inspired, but will have new strategies for committing to doing the work after taking a master class with Trevor Herriott.
That dark part of me still whispers “who are you to go to a writer’s conference? You’re not even a real writer…” But I try to push it away, focusing instead on the (small) successes. As Altman writes at the end of her post:

“Take back the permission to succeed; make it yours.”

Wish me luck as I attempt to do just that.

6 thoughts on “On Writer's Block and the Permission to Succeed”

I have a canvas print of this on my wall - gorgeous image!

Just posted two high-res, public domain versions of the #WillametteRiver Channels #lidar image. This image was published by the Oregon Department of Geology (#DOGAMI) many years ago and showcases their high-quality #opendata. https://t.co/vVX4OdqfK1