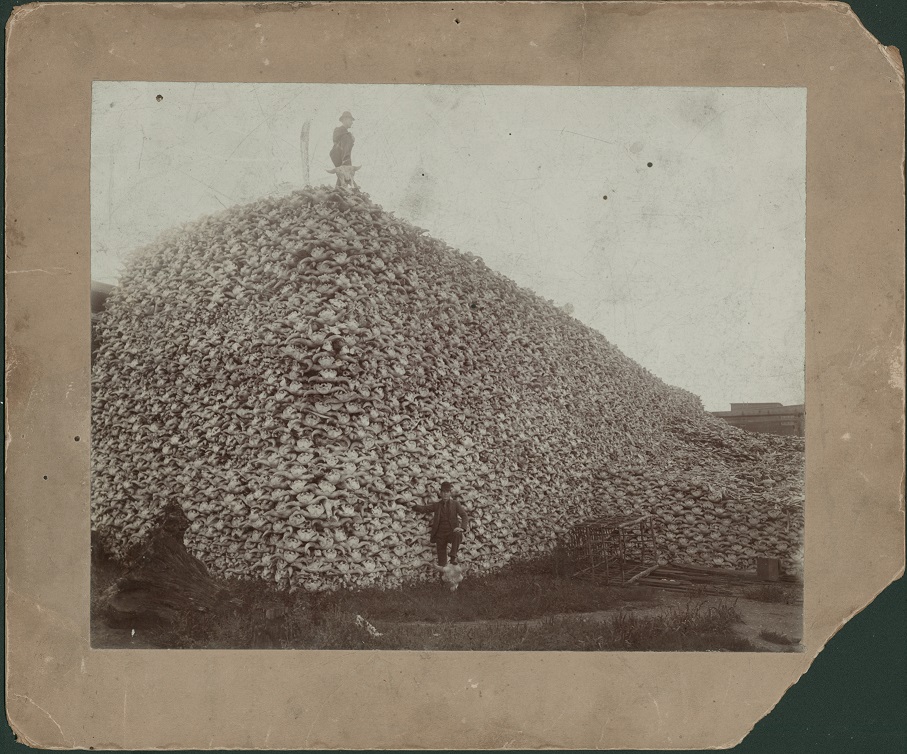 Lately I’ve been reading about the history of exploration in Western Canada. I’ve read about David Thompson’s travels from 1787 onward in Jack Nisbet’s Sources of the River, and about the late-1800s travels in the Rockies of British mountaineers H.E.M. Stuttfield and Norman Collie, in Climbs and Explorations in the Canadian Rockies.

One thing that struck me is the difference in the descriptions of the landscape between the two time periods.

In 1807, David Thompson travelled west up the North Saskatchewan River from the Hudson’s Bay Company fort at Rocky Mountain House in Alberta, then crossed into an adjacent drainage system to breach the Rockies at Howse Pass, just south of the Saskatchewan Glacier. He met members of the Kootenai Nation prior to his trip, as they came to visit the fort at Rocky Mountain House, and when he travelled west he had good hunting – shooting bison, bighorn sheep, elk, and a few porcupines. Along the way he stopped at the Kootenay Plains, which is a region of rolling parkland between Rocky Mountain House and Howse Pass. It was used as a gathering place for First Nations for years, and supported a plentiful mix of wild game. This was after the smallpox epidemic of the early 1780s, the scars of which Thompson saw on First Nation faces in ~1787.

Stuttfield and Collie describe their exploration of the same section of the North Saskatchewan headwaters with guide Bill Peyto, but in 1898, almost one century after Thompson. They note that “the Redskins and the fur-traders almost entirely deserted these upper waters of the Saskatchewan, but the game has gone too.” They write that travel in the Rockies is more difficult than it was 40 years ago when trapper and First Nations trails were kept open by regular traffic. “We never once met a human being …during either of our journeys up country in 1898 or 1900.” They reach the Kootenay Plains, and write that in the “old days” the region was used for meetings between First Nations and fur-traders, and that it is rarely used now.

Based on the text of these two books, it would seem that the fur trade kept trails open between Alberta and British Columbia until late in the 19th century, when Stuttfield and Collie found only overgrown trails. It also seems that wild game was severely diminished in the Alberta/BC region around the Kootenay Plains and the North Saskatchewan headwaters – at least according to Stuttfield and Collie. It also seems that the meeting place at Kootenay Plains is no longer in use by First Nation groups.

I’m no environmental historian, and two point always make a straight line, so I’m aware there are nuances here that I’m missing by not digging into the rich history of the region from a range of sources.

But I find it interesting to read the difference in landscape between the two time periods.

I suspect the lack of game can be tied directly to the policy of starving First Nations by killing their food supply. The prevailing wisdom during that time was that, to clear the way for settlers, First Nations should be starved out of their territory by killing the plentiful bison. It makes me think of this 1892 pile of bison skulls (header image), which represented the American push to drive the First Nations out of their territories. The approach was similar in Canada.

It also reminds me of the loss of the passenger pigeon: settlers and visitors killed them not because they needed the meat, but because the wildlife were so plentiful and killing them reduced First Nations food supply. The last passenger pigeon died in 1914 in a zoo.

The difference between the two time periods also brings to mind J.B. MacKinnon’s The Once and Future World, in which MacKinnon describes the environment and landscape before the western colonization of North America. He quotes George Perkins Marsh, who wrote that people changed the landscape even during Egyptian and Roman times and said, “to know what is, you must know what was.”

Stuttfield and Collie were certainly aware of “what was.” In North America in general, however, “what was” when the colonizers arrived were forests with a light understory, “numerous and widespread” elk, and Western rattlesnakes “coiled upon every edge, stone and bare spot.” But the colonizers didn’t realize the significant impact First Nations had on the landscape – doing controlled burns, for example, to thin out the understory and maintain forage for elk, deer, and moose.

Western Alberta and the Rockies today are very different than they were during Stuttfield and Collie’s time, let alone David Thompson’s time. The most well-travelled trails have been turned into roads and railways, and less popular routes have disappeared. Present-day backcountry trails are designed not just to traverse the landscape, but to do so via scenic outlooks and switchbacks up mountainsides. I imagine there’s also a difference in the type and abundance of game, given that they’re no longer hunted within park boundaries.

While the time of Dave Thomspon and Stuttfield and Collie has long passed, it remains fascinating to understand our current landscape in the context of these older landscapes, one and two centuries ago.

I recommend both of these books for an eye-opening trip through the history of the Rocky Mountain region of west-central Alberta.