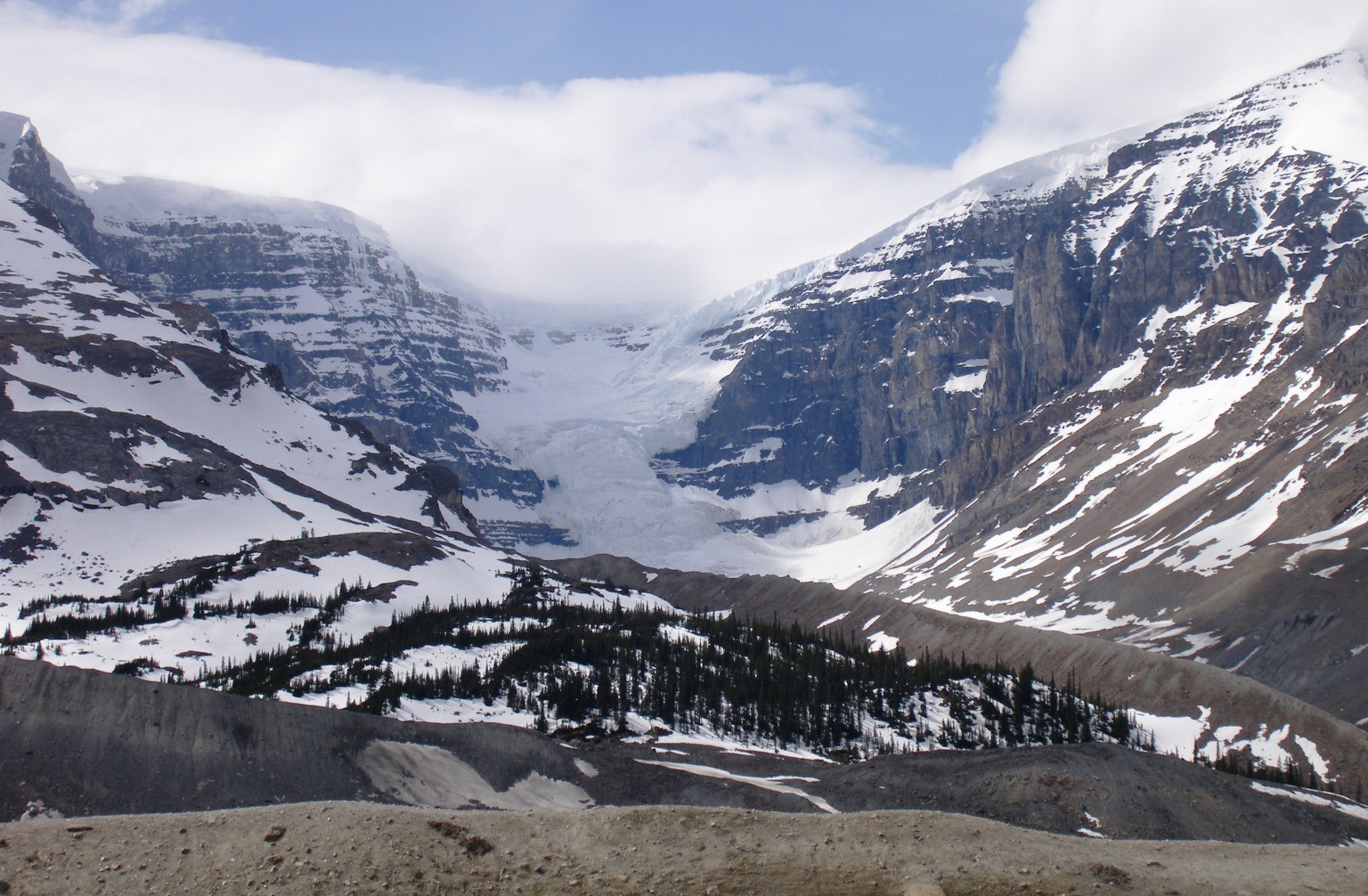 Just this past week, glaciologist Mauri Pelto, who runs the From A Glacier’s Perspective blog on the AGU’s blog site, published a paper in the journal Remote Sensing that outlined the retreat of the Taku Glacier in Alaska. The Taku had been the one alpine glacier that was actually advancing, but all of that changed in 2018. In that year, Pelto observed the greatest mass loss and the highest snow line in Taku glacier’s history. Those changes coincided with the warmest July on record in Juneau. The speed of the switch between glacier growth and glacier shrinkage is particularly concerning.

“To be able to have the transition take place so fast indicates that climate is overriding the natural cycle of advance and retreat that the glacier would normally be going through,” Pelto said. “This is a big deal for me because I had this one glacier I could hold on to. But not anymore. This makes the score climate change: 250 [the number of glaciers he’s been studying] and alpine glaciers: 0.”

Glaciers are disappearing worldwide. In Iceland, local residents held a funeral for a glacier that had disappeared, leaving a plaque to mark its passing. In Switzerland, 250 residents did the same for a glacier that has been monitored since 1893, and was the first to be taken off the Swiss glacier measurement network. There are other glaciers in the region that have lost up to 80% of their volume, so there may be more funerals in the near future.

Artists have also gotten involved in representing glacier change. The Meltdown exhibition, for example, features a number of artists that focus on glaciers and glacier retreat. Most interesting to me was the glacier print on biodegradable paper that disintegrates to show glacier decline in real time. I also quite liked the photography project in which the photographer used a long exposure and a flaming stick to outline the past extent of glaciers in relation to their current extent.

This great multimedia piece from the New York Times in January of this year outlines glacier retreat and its consequences in Asia and central Asia, which rely heavily on glacier meltwater for human use.

“The world’s roughly 150,000 glaciers, not including the large ice sheets of Greenland and Antarctica, cover about 200,000 square miles of the earth’s surface. Over the last four decades they’ve lost the equivalent of a layer of ice 70 feet thick.”

Glaciers are not just thinning, they’re also retreating, a change that is most evident in small glaciers in the Rockies. For example, Glacier National Park is expected to lose all of its glaciers to climate change between 2030 and 2080. Indeed, only 26 of it’s remaining glaciers are larger than 0.1 km2, which is the cutoff for calling something a glacier versus an ice patch.

A second multimedia piece from the New York Times discusses the impacts of glacier change in the Pacific Northwest on aquatic ecosystems, and on salmon in particular. I was particularly pleased to see that Canadian researchers from Simon Fraser University are doing a lot of this work.

Glacier decline isn’t just something that happens in the mountains and has little impact on people downstream. It can cause landslides as slopes previously supported by glacier are exposed. It affects downstream water supplies, which will shrink as the glacier retreats, and as the exposed proglacial area becomes a maze of groundwater storage locations that delay the release of water downstream. It can release dammed proglacial lakes, causing a jökulhlaup – or downstream flood – as they overtop the banks of these lakes.  This is the topic of an online webinar that Canadian scientist Dr. Masaki Hayashi will be giving on November 21 via the Canadian Water Resources Association: the impact of water storage in the proglacial region on downstream water supplies. It’s also the type of work I was planning to do before I had to leave academia.

Glacier change is something that everyone can understand because it’s happening right in front of our eyes. It’s hard to deny climate change in the face of such extensive glacier thinning and retreat.

"While men in science are able to focus on their work, that focus keeps them ... from noticing the sometimes subtle and sometimes not subtle discrimination against their women colleagues." #WomenInSTEM

Selective inattention to women’s experiences in #STEM leads to a chilly workplace climate for women, who pick up on even the subtlest cues (you might notice one in the image and it's not the gorilla!) https://t.co/zBdFke4TUi #research

Harper's is hiring a fact-checker! Full-time with benefits in NYC. Check out the... listing here: https://t.co/zGalWYlkLO Amenities are limited to a coffee pot and two ancient microwaves, but the people are good
@WritersofColor