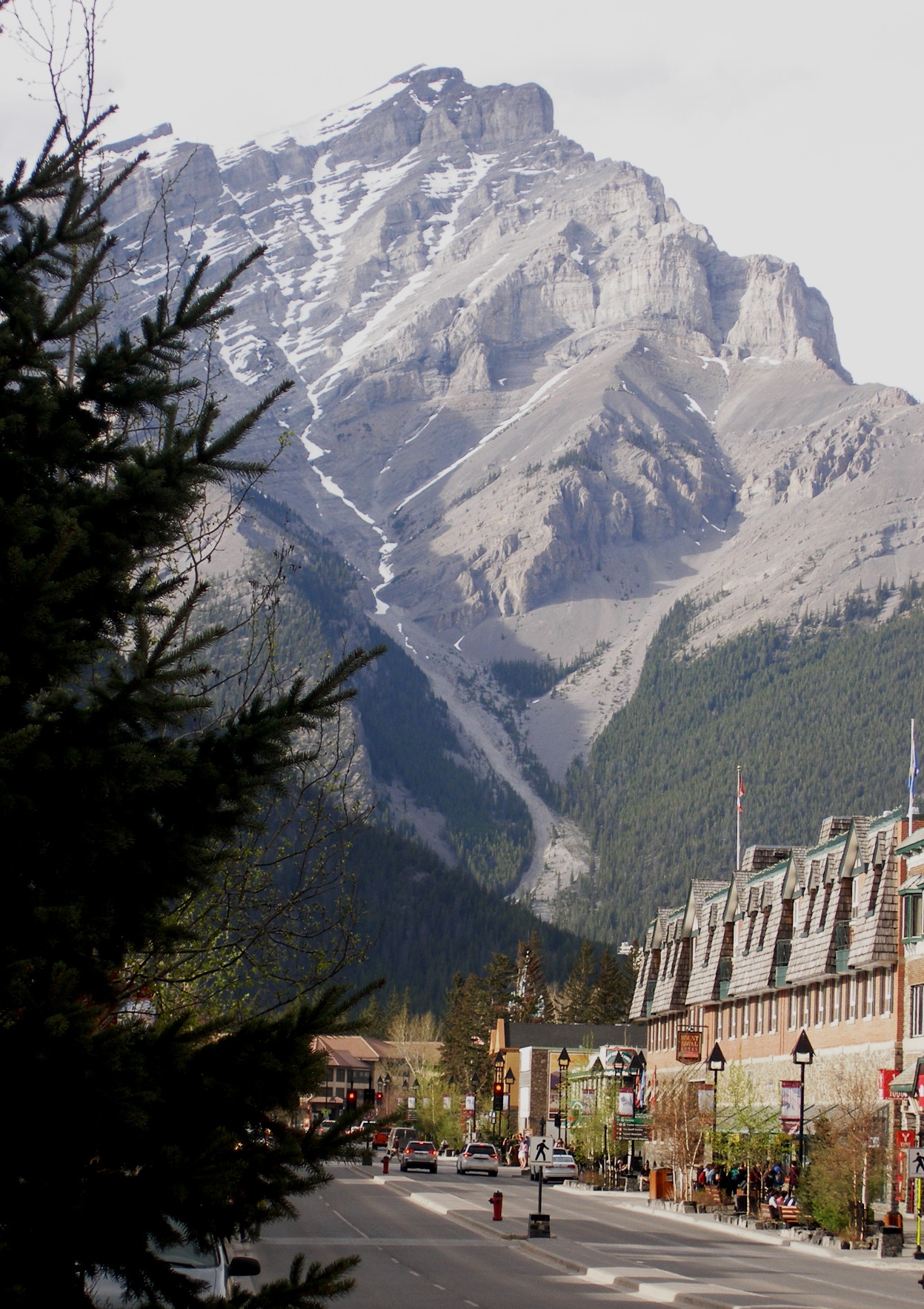 You’re probably used to books about walking that address creative and spiritual transformations in those who have the privilege to walk unaccosted and unfettered in nature or the city. My friend Antonia Malchik’s book, “A Walking Life,“ which just came out from DaCapo Press, covers walking from a completely different perspective.

Malchik’s book starts with an anecdote that I’m sure we’ve all experienced. She’s got her kids with her and they’ve made the trek in their car to a big box store. Now they need to get to another box store that’s only across the street, but that “street” is a 4-lane superhighway with no pedestrian overpass or crosswalk. So she has to buckle the kids back in the car, drive around to the other side of the street, unbuckle the kids and start over again.

This is a common situation in many cities. When I lived in Victoria, BC in the 1990s I felt like it was just the right size: you could cycle everywhere or take the bus, and you could walk to a lot of great places, both on and off bus routes. These days, however, some of the regional municipalities like Langford have become home to box stores, which requires driving in endless traffic to reach them – and then driving between them as there’s no pedestrian infrastructure connecting them. The City of Victoria itself has seen an increase in car traffic, though they’re trying to expand cycling infrastructure as they expand roads. I would never ride my bike in Victoria these days – it just doesn’t feel safe on a lot of the roads.

After living in a car-dominant city, Amalchik ends up moving back to her hometown of Whitefish, Montana, where life is more walkable both in town and on wilderness trails. Her family goes down to one vehicle instead of two, and she begins to feel part of a community again. It’s this transformation that leads her to write this book – how does walking affect our lives as humans?

Rather than discuss the creativity that walking can unleash, Malchik starts by talking about the mechanics of walking and how we came to be walking beings. She then looks at how we can use our walking to build community, for our health, and in protest for our future. I was pleasantly surprised by the book’s direction from walking to social justice, health, and community-building. I also appreciated that Malchik made space for people with physical disabilities, discussing ways in which they move and walk as part of a community.

Malchik starts with looking at how we walk – how our leg stride and arm swing has allowed us to walk. She also covers the importance of walking for health – particularly children, whose ADHD and ADD can be better managed by exercises like walking – and seniors, whose mental decline into dementia can be slowed by walking. There are so many health benefits to walking, yet we do it so little, as many of us live in areas where walking is more difficult than just stepping out your door and going for a walk.

Malchik talks to researchers who dispute the claim that humans are at their root selfish animals. Researcher Richard Leakey says that, “I do not believe bipedal primates could have survived unless they had, in addition to being bipedal, changed the way they think in terms of…social networking and social connection.”

This forms the basis for Malchik’s argument: that walking helps us develop social connections and networks, as we meet the same people regularly and check in with each other, whether we’re best friends or not. I recall Malchik telling me once that the local bookstore guy found her in a coffee shop and said he’d been looking for her all over town because he wanted to talk about a book with her. Now that’s community. Malchik also writes about her father who grew up in Leningrad and walked all over the city with his friends, talking, because this way they could talk about topics that were forbidden by the government – politics, banned books, art, and more. A good example of dissent by walking.

In the early 1900s, pedestrians still had the right of way on busy American streets, that included trolleys, carriages, pedestrians, and a few vehicles. But they were increasingly being killed by vehicles. By 1925, pedestrians “made up 2/3 of the dead in cities with populations over 25,000.” Legislators had to come up with a solution – and fast. This is where the car lobby came in.

Their push to give cars primacy on the roads, as explained by Malchik, is eerily similar to the tobacco industry lobbying that cigarettes weren’t bad for your health, or the oil industry saying that oil and gas weren’t implicated in climate change. By the late 1920s, the car had primacy on the road and pedestrians were labelled as distractions and started to be fined for jaywalking.

Malchik sees this point at which car culture trumped pedestrian culture as the same moment that walking became a social justice issue. Once a class of people who use the street/sidewalk became marginalized, they lost personal agency and the ability to get from A to B on foot, particularly as car traffic was prioritized over foot traffic. In its extreme, whole neighbourhoods were razed to make way for highways and interchanges, usually removing low income and/or high diversity communities that didn’t have the power to fight back.

Malchik quotes Jane Jacobs, the maven of city design and development, who protested to prevent places like SoHo and Greenwich Village from being replaced by roads, and who outlined what made a good city a great city. The answer? Lots of eyes on the street and in the neighbourhood, watching what was going on and being part of the community. These kinds of communities are not as common in our cities anymore, even though people still desire them.

Now we have a car culture that kills thousands of people a year and we hardly even blink, even though the number is far greater than those killed in terrorist attacks, with which we seem to be obsessed. Drivers get “tunnel vision” or are using their cell phone – in both cases they don’t see pedestrians and accidents occur.

The ability to live farther from your job by moving to the suburbs and not having to live in the city has been called “white flight,” but it was even more than that – it cemented racial and class inequalities into the very infrastructure of our cities, particularly given the lack of public transportation options in big cities. It was a way of segregating white people in the suburbs from people of other ethnicities in town, a way of “avoiding the painful mess of living among people whose culture and struggles you didn’t understand and whose place in society you questioned.”

The development of car culture has also had serious health implications, as it not only releases pollutants that pedestrians breathe in, but it also makes it difficult to walk anywhere. And if we’re meant to walk 30 mins a day for health, how do you do that in a neighbourhood without sidewalks, with 4-lane highways, or where police will pick you up just for walking while being black? How do you get kids with ADD and ADHD to calm down if they can’t go for a walk? Not only that, but our ability to get out and walk and meet people is a good antidote to loneliness, and so if we can’t get out…we’ll get more lonely.

Malchik writes about walking as pilgrimage, as a way to re-centre ourselves in our body and in society, whether that’s the religious pilgrimages like the Camino Santiago, or pilgrimages of remembrance, like the Sand Creek Massacre Spiritual Healing Run/Walk, which keeps alive the Sand Creek Massacre of 1864, when ~200 Cheyenne and Arapaho Indians were killed by the US Cavalry. Walking is a way of healing hurts and organizing thoughts, for remembering the past and aiming for the future.

She also discusses groups like GirlTrek, designed to get minorities like black women out and walking, to reduce their health risks but also to build community. This is just one of many walking or outdoors groups that are designed to help people build community and health while also healing from the wounds they’ve received from racism, at war, or otherwise.

Amalchik talks about cities like Denver that are trying to become more pedestrian friendly, and explores how researchers are increasingly realizing the importance of green space – a walk along a non-treed sidewalk has less benefit than walking along a sidewalk that’s shaded by mature trees.

I appreciate that Malchik includes an entire chapter on differently-abled people – people in wheelchairs, or with prostheses, and how they get around in the world. How it’s not so much about the prosthetics themselves, which many tech people get hung up on, but it’s about how well the prosthetic fits and whether or not it improves the life of the person using it.

These days we tend to build communities online. But if we really want to see change in our physical communities, we have to step out of our social media bubble and take to the street. As Martin Luther King Jr. said, “True protest still requires the sound of the marching feet of a determined people.” This is the sound of people agitating for democracy – their democracy, not something foisted upon them. We want walkable communities and better health for all and social justice which means walkability even in dangerous neighbourhoods. We don’t want more technology like self-driving cars. We want to connect with people in person.

Malchik quotes Nicholas Carr (read his books if you haven’t already), who says that “What I want from technology is not a new world…I want tools for exploring and enjoying the world that is – the world that comes to us thick with things “counter, original, spare, strange,” as Gerard Manley Hopkins once described it.”

Malchik has put together the first book about walking that really delves into what it means for everyone, not just for blocked creatives going for a walk in nature to get their muse back.

Walking is a social justice issue, a health issue, a politics issue, a community issue. I want to enjoy the world on my feet at 3 miles per hour, not from the windows of a car as I whizz by at 70 miles per hour.

2 thoughts on “Review: "A Walking Life," by Antonia Malchik”