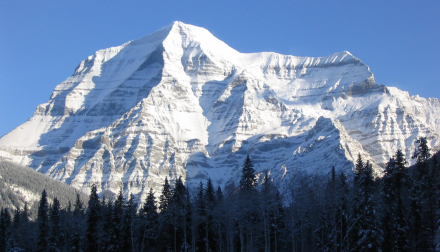 Water levels are low in the Cowichan River this spring. Snowmelt may help, but will it be enough?

This past week, officials notified Cowichan Valley residents that water levels in the Cowichan River are lower than predicted, and are actually at the values we expect to see in August.

The reason we usually get such low flows in August is because of summer drought. I’ve written about that for the CBC, and it’s all a function of increased air temperature and decreased precipitation during summer.

Winter drought is a different beast. It comes from not having enough winter rainfall and snowfall.

Here’s a plot of our current river discharge and water temperature. Each of those orange peaks lines up with a major winter rain event, which you can see in the next plot.

This graph shows rainfall events at our local high school.

You can see that we had some big rainfalls – 25 mm on October 27th, over 50 mm around the end of November, and over 60 mm around the first week of February. But most rainfall events have been relatively small.

If we look at the climate normals for our area and compare them with actually measurements, we see that we definitely got less rainfall than normal:

So the top right cell got cut off but it just gives the name of the weather station we’re looking at (this is from the great Vancouver Island School-Based Weather Station Network). You can see that we had average rainfall in October and December, but below average rainfall in November, January, and February and March in particular. This is because we got snow in January, then we had a ridiculously resilient ridge (also called a blocking high) keeping our weather pattern in place, with the jet stream just below us, for weeks at a time.

So since we had below-average rainfall, we need to count on the snowpack to make up the difference. This is the Heather Mountain snow pillow, which is closest to the Cowichan Valley.

It doesn’t look like snow melt will provide much additional water for our rivers. You can see that we had peak snowpack of almost 2000 mm of water in mid-January before it precipitously melted/sublimated to around 100 mm. There’s been a small increase since then, but only to about 400-500 mm (note the resolution on this scale is pretty coarse).

So that means we’re heading into the summer with already low flows, which has serious implications for the pulp mill that uses the water, the fish that require the water for habitat, for fisherpeople of all kinds, including drift fisherpeople and Indigenous fisheries, and for the riverine habitat itself, including the hyporrheic zone just below the riverbed.

We get water from Cowichan Lake into the Cowichan River, as there’s a weir on the lake that’s regulated during the summer. But levels in Cowichan Lake are at 40% of normal. Apparently this happened in 2016 (which I wrote about in Hakai Magazine), but rains came to offset the decline. Our long term forecast is for sun and more sun, no precipitation to help fill the lake reservoir.

As you can see from this plot of Cowichan Lake levels , they’re lower than they were in October, at the beginning of the water year.

The question then is how we’ll survive the summer. Unless we get some serious precipitation, the Cowichan River will be mighty dry. And as a Heritage River, it behooves us to really think about water use and abuse on this river and how we can best manage it to maintain both non-human and human water usage.

What will you be doing to reduce your water use this summer?

5 thoughts on “Yes, Winter Drought is a Thing”