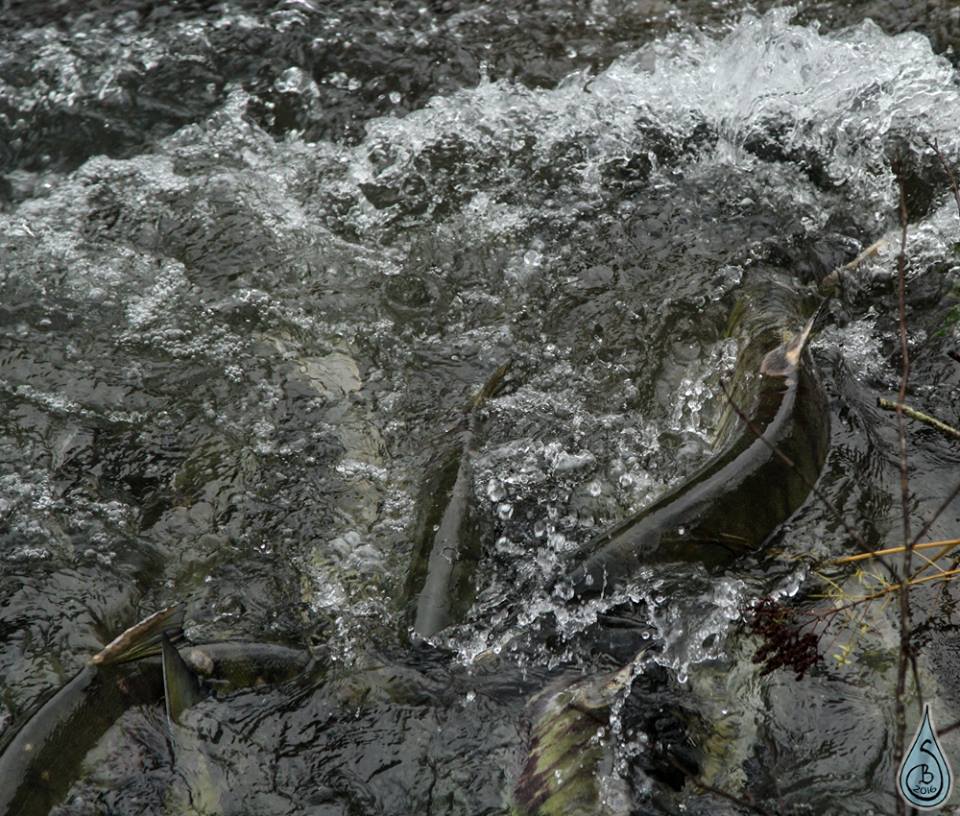 We’re halfway through September.
The evenings are getting cooler, and we’ve been getting light rain showers every few days. In the mornings when I do my three pages of writing on the front porch, a blanket on my legs and a cup of tea beside me, the road in front of our house is busy with traffic. People going to work, taking kids to school, etc.
The leaves are falling, but they’ve been falling for weeks due to drought rather than the season. Geese fly over in their classic v-formation, though I wonder where they think they’re going as they tend to stick around all winter.
The other night my husband heard a cougar call—it has a strange, high-pitched screech that seems out of proportion to such a big cat. There have been cougar sightings all over our area—turns out Vancouver Island has the dubious distinction of having the highest concentration of cougars in the world.
There’s a giant hornet’s nest in our front yard, hidden amongst the cedars that line the side of the fence. They’re black hornets, and vicious. So we were pleased one day to find the nest had been ripped open, bits of pulpy paper lying all around the yard with a few remaining nest fragments clinging stubbornly to the tree. What creature would have the temerity to pull a hornet’s nest apart? We looked it up, and it could have been a bear (we did see one in the yard last year) or even raccoons (which we’ve also seen around here). The hornets were undeterred, however, and have completely rebuilt their nest into a perfect ovoid shape. We don’t dare go into the front yard as they’ve already bitten two of the dogs and swarmed my head.
The garden is almost finished for the season. There are still some tomatoes to harvest. A whole row of giant beets to harvest (not sure how I’ll store them or what I’ll do with them all). The potato harvest was much more reasonable than last year’s—we aren’t inundated with 100s of potatoes. The beans are ready to be pulled up, and I suppose the onions will have to be harvested soon as well. I’m waiting for my pumpkins and butternut squash to mature, but I think the latter took too long to germinate so won’t be ready before it gets too rainy and dark.
They’re predicting another La Niña winter, just like we had last winter. That means more wet and cold—last winter we had snow on the ground from December until February! But we need the moisture—this summer has been the fourth summer drought in a row, and the provincial government has us at level 3 drought, with low water levels threatening salmon in the Koksilah River. The wildfire situation is also a pretty good indicator of how dry this summer has been.
This winter will also be quite different for us. My mother-in-law sold her house over the summer as it was too much for her to look after. We had planned to all move to a new house that would have a suite for her, but there was nothing on the market, and what was on the market was going for well over asking price. Our short-term solution was to have her move in with us.
It sounds reasonable on the surface. But the details are a bit overwhelming.
To start with, there was the question of where she should stay—in the walkout basement or in the master bedroom. We originally thought the basement, except that the biggest room was currently being used as my office. So we cleared out the small spare bedroom and I moved my office into there. It was quite a chore, but an important one, which I wrote about here.
We reconsidered, however, and decided that she’d be better off upstairs where it’s warmer and she’d have her own ensuite. Which meant that we moved our bedroom to the basement, where there’s not quite enough closet or bathroom space.
Which leads us to our storage room. It’s packed to the gills with things we’re trying to sell and things we want to hang onto. But there’s no room for either our stuff that doesn’t fit in the bedroom or bathroom anymore, or for any extra stuff my mother-in-law might bring that doesn’t fit in her bedroom.
To that end, we’ve been rebuilding a shed on our property so that 2/3 of it is weatherproof and can be used as storage for both our stuff and her stuff, freeing up space inside the house.
But the shed isn’t quite done yet.
There are boxes and random furniture and piles of clothes and towels all over the house. The dogs are confused by having to go downstairs when I say ‘bedtime,’ instead of just running down the hall. I keep reminding myself this is temporary. That we’ll get it sorted out in the next few weeks and things will be okay.
I underestimated how much the change and the resulting clutter would affect me. I’m grateful to my online friends who have shared their stories of dealing with aging family members, and shared resources like this fantastic book by Atul Gawande—Being Mortal: Medicine and What Matters in the End.
I also feel like these changes are coincident with me clearing out a lot of physical, mental, and online clutter.
As noted above, I physically cleaned out my office. Mentally, I’m part of a (large, online) group doing Julia Cameron’s The Artist’s Way program, which has allowed me to write daily without restrictions, sort of like housecleaning for the brain. Online, as I wrote two weeks ago, I’m figuring out how best to bring order to the information overload that is the online world.
So far I’ve:

In the past few years, ever since I left academia, I’ve tried to convince myself that my new year no longer starts in September as per the academic calendar, but starts in January. I’m not entirely convinced, though—September remains the start of so many things.
In my case the end of the garden and the beginning of fall. The start of using online resources more intelligently, the start of a new family dynamic in the house, the start of a commitment to writing more frequently. The start of riding my bike farther and more frequently (I’m at 20 km now, aiming for 24 km on my next ride).
The start of who knows what else might come around the corner?