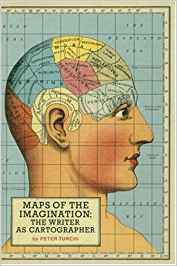 What?? It’s August already? Where is the summer going??
Here on Vancouver Island we’re on our 46th day without rain, and are in the middle of a serious heat wave. 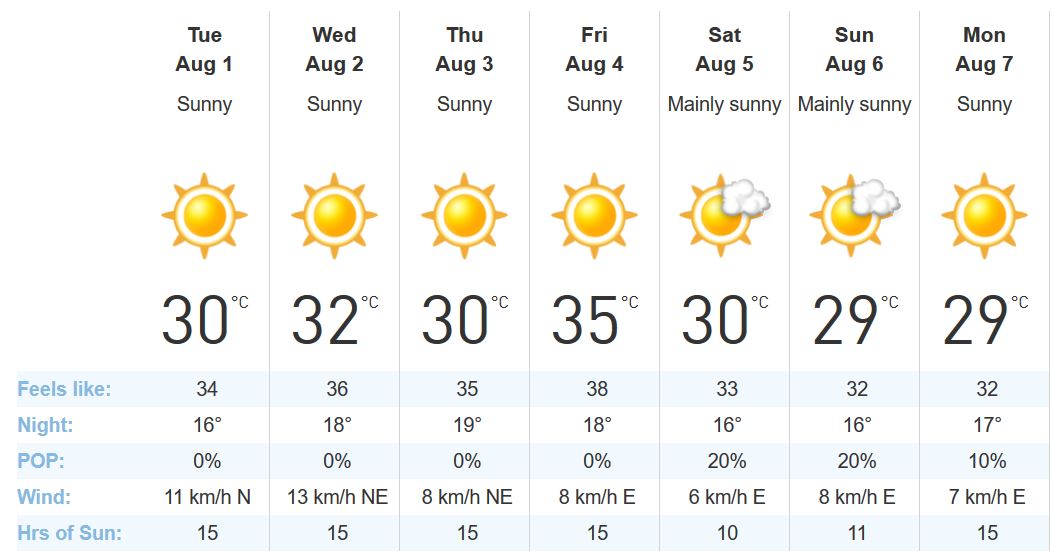 The fire hazard remains at extreme, and the area of the province at that rating continues to expand. 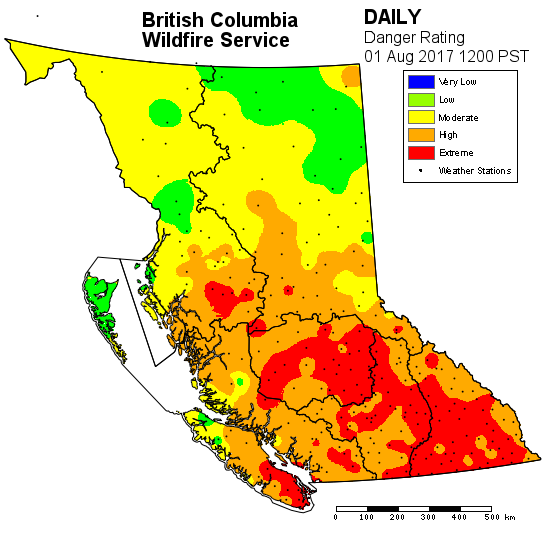 The BC Drought Information Portal hasn’t been updated since 20 July, but I expect that many regions of the province will see their drought index increase with this weather. Everyone is wilting in the heat—especially the dogs. So while we’re (relatively) cool indoors, let’s take a look at some of the stories I read this week.
BC wildfires affecting timber supply


As wildfires continue to burn across BC’s Interior, there’s a new worry: our long-term timber supply. Much of the Interior was ravaged by mountain pine beetle in the 1990s and 2000s, leading to a shortage of timber to sustain local mills. Now the wildfires are burning through the remaining timber, including replanted areas that were meant to serve as our midterm timber supply. In fact, the area burned is at a 56-year high. It will be interesting to see where we’re at once the fires are out, and what it will mean for our economy and employees at mills throughout the Interior.
Science in Canada
I ran across a couple of pieces this week about Canadian science. The first is this long article in Alberta Views by well-known scientist Dave Schindler (who some people say speaks too confidently about topics well outside his area of expertise). Regardless, he notes that Stephen Harper wasn’t the only problem for Canadian science—he was just the end of a long string of governments that had reduced science funding, particularly in federal departments.

“the downgrading of government science was a long, slow process that did not begin with the Harper government. It went on for several decades, under all governing parties, under the very noses of Canadians. And the root causes of this scientific illiteracy persist.”

One of his key points:

“In Canada, reaction to US turmoil has largely been smug self-assurance that such craziness could not happen here. I disagree. It has happened here, and because of the poor state of science literacy among Canadian politicians, it is happening again, both federally and provincially.”

On a related note is this Twitter thread by Michael Hendricks, about the Canada150 Research Chairs program (Canadians need not apply), and the way in which Canadian science is funded. Basically, prestigious chairships reward senior researchers, while early career researchers are being left out in the cold. Instead of funding what Hendricks calls ‘boutique’ programs like the CERC and CRC chairs, the government should go back to funding basic research.

If your agenda is really to support diversity and the next gen, put $ into programs that already do this: open Tricouncil grants. /4

I saw a press release from the AGU on Monday that shared the names of experts who were available to talk about drought in the US. Unfortunately, all of the experts were men. I called them on it, and they said that the women they’d asked to be available for interviews had declined. But they also pointed me (and others) in the direction of their Sharing Science network. The idea is to get scientists to sign up ahead of time, so when a particular topic comes up that needs media comment, AGU can go to the network and find people. We definitely need more women in this network, so make sure you go and sign up!
Who is responsible for men behaving badly? Women, apparently.
Along the same lines as making sure you include women as experts, author Will Saletan posted this tweet on the weekend, and the responses will make your head spin.
https://twitter.com/saletan/status/891328604356956163
Basically what he’s saying is that the onus is on women to stop men from being rude, and that men have no responsibility for acting decently.
I really appreciated Leah McElrath’s response to Saletan’s tweet, because it clearly outlines the double bind in which women find themselves when told to be assertive. You can start reading her tweet thread here.
I thought this tweet was particularly relevant:

Every time we place the sole impetus on girls and women to change, we reinforce rather than deconstruct the culture of toxic masculinity.

On a darker note, Lexi Alexander tweeted about how saying ‘no’ can actually be dangerous for women (read her tweet thread starting here).
https://twitter.com/Lexialex/status/891433141428133890
So. I think we’ll be taking Will Saletan’s advice with a giant grain of salt.
Will taking medication for a mental illness affect your writing?
This article by David Ebenbach was a good look inside the mind of a writer with a mental illness who was afraid of how medication might affect his writing. There’s a myth out there that all writers have a mental illness, and that it’s what makes them creative, so if you treat the illness the writing will suffer.

“you are so committed to writing that you’re willing to neglect your mental health just in case mental health is a threat to your work.”

But as Ebenbach finds, his writing gets better. He’s able to see life as more complicated and intricate than he did previously, and he’s able to move away from writing sad books all the time. And he makes a good point, wondering what great works people like Sylvia Plath or David Foster Wallace would have written were they still alive.
Science communication and mental health
While we’re on the topic of mental health, I ran across this article by Ardon Shorr that swears by science communication as an antidote for mental health issues in grad school.

“Humans can be resilient through a great deal of stress, but it’s harder when working on abstract problems without clear indicators of progress — we lose perspective on why our work matters.”

Science communication improved Shorr’s motivation and provided external validation for what he was working on. Basically he’s saying that, if you connect with the public and see how important your research is, you’re less isolated and you feel like you’re doing something useful.
Shorr noted a few additional side benefits:

“we found new passions and developed a healthier perspective on the wide range of meaningful careers we can choose…At the same time, we improved our academic abilities by learning how to convey the importance of our work.”

I thought the article was a bit facile in the sense that it suggested you could fix mental health issues like depression by pushing or pulling specific levers in your life, even though mental illness is rarely that cause-and-effect related. Seems I’m not alone—Ambika Kamath blogged about this (and about the Alex Riley piece on mental health and science writing that I shared in my 19 July link roundup and discussed in a follow-up post on mental health). She, too, was a bit put off by Shorr’s article—mainly because he doesn’t differentiate between people who have mental health struggles because of academia itself, and those who would struggle regardless of whether they were in academia.
So while I’m a huge fan of science communication, I’ll think I’ll stop short of saying it can cure your mental health issues.
Imaginary maps: recreating wilderness
Katie Ives is a climber and a phenomenal writer who writes poetically about the outdoors, wilderness, and climbing. This piece was a beautifully written elegy to Harvey Manning, a man who loved wilderness and liked to create fictitious places and imaginary maps that people would follow into the backcountry and up mountains.

“Manning…created…whimsical story maps, including a series of elaborate hoaxes published under pseudonyms—intended, seemingly, to bewilder and to prod climbers to see the mountains in unfamiliar, deeper ways.”

“Manning felt that climbers were forgetting the “true value of the mountains,” preoccupying themselves with self-aggrandizing conquests and expensive gear…”And before I knew it,” Cole told me, “he was talking about this imaginary climb going up Mox Peak.” Back at Harvey’s house on Cougar Mountain, they transformed Southeast Mox into “No Name Peak,” and Cole drew dotted lines on a photo of the east face, showing the attempts of a fictitious party. They altered a map, moving the mountain a few miles away from its real location to the headwaters of No Name Creek. Manning fabricated a story about its “discovery,” purportedly written by a climber named “Paul Williams” (which was, in fact, the name of his non-climbing father-in-law). Having missed the deadline for the American Alpine Journal, they sent it to Summit. They would play a prank on “competitive peakbaggers,” Cole explains, “by sending them looking for things that weren’t there.”

This piece will make you think about maps, and history, and how we exist in wilderness from a completely different perspective. Pairs well with Maps of the Imagination: The Writer as Cartographer, by Peter Turchi.

We're #hiring! Are you the person to lead our small but mighty team in our ... mission to build, unite and activate networks of freshwater champions to secure healthy waters for all? 💧 Then apply to be our new Director today! ⬇️ https://t.co/vsIC3ZcITm

A look at the history of #science #communication reveals that the field is both ... older and more diverse than previously thought. Here's why that matters—and how it influences the #scicomm community today, via @ConversationUS https://t.co/QrFmSyR3ao