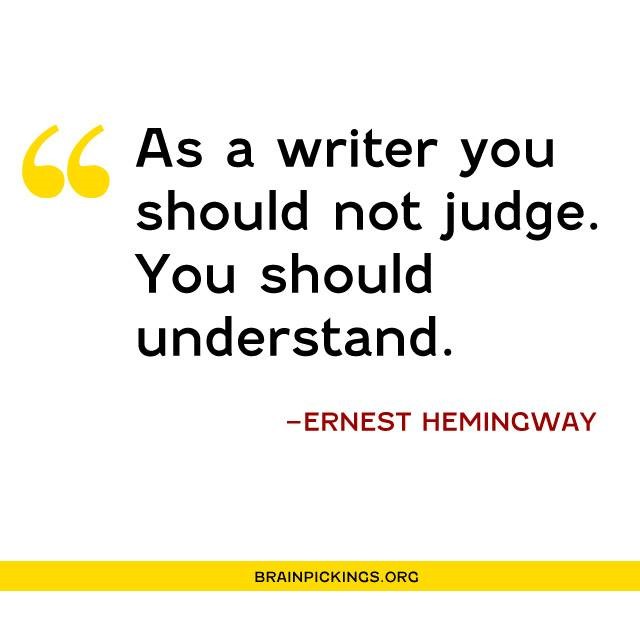 Note: Edited 22 Jul 2017 to add comment from Alex Riley.
I’ve had some conversations about mental health lately that have made me think a lot about what it means to have a mental illness, how you navigate the world with it, and how others perceive that illness and its impact on your life.
Much of the discussion arose from an article in The Open Notebook by Alex Riley (which I shared in my last Wednesday link fest). He writes about how he has tailored his science writing career to manage his depression, and talks to a number of other science writers about how their mental illnesses affect their careers.
I thought it was a well-written article that was honest without being confessional, and did a good job of covering the range of illnesses—and associated effects—that science writers might face.
However, people still had questions.
One comment I heard from several people was that Riley doesn’t talk about the privilege he has in picking and choosing the writing assignments that he can best manage given his mental illness.
While this is true, perhaps he didn’t want to go into the personal details required to explain his financial situation. And honestly I’m not sure the onus should be on him to address that (Note: I talked to Alex on 22 July and he explained that he lives frugally off the earnings from his articles, and doesn’t get any benefits).
There’s an entirely separate conversation in the writing world that revolves around how writers make money. Several writers have suggested that we need to be clear regarding our writing income, and whether we’re supported by someone/something else, so new writers don’t get the idea it’s a lucrative profession. For example, in 2015 Ann Bauer wrote that she can only be a freelance writer because her husband’s job covers the bills. In her recent memoir, Grace Period, Kelly J. Baker writes about how lucky she was that her husband had a full-time job and could support her taking a year off from academia, to write and figure out what she wanted to do beyond academia.
Some people might say Riley is ‘lucky’ that he can pick and choose the articles he works on. But it all depends on *why* he can pick and choose. If it’s because a family member is supporting him, ok maybe he’s lucky. But what if he’s on disability benefits for whatever kind of mental or physical disorder—how ‘lucky’ is that? Relative to someone with mental illness who doesn’t have disability benefits, yes he’s lucky. But relative to the rest of the population—not so much.
Is it ‘lucky’ that you have an illness that can mow you down unexpectedly and leave you bedridden for days? To have to carefully plan your days and weeks so that you can function at ¼ the capacity you used to have? To manage chronic pain? I don’t consider that lucky. In many cases it’s a struggle to do freelance work—but many of us do it anyway because it helps somewhat to feel you’re still making a contribution to society.


Another phrase I’ve heard recently is that “life gives us all mood disorders of one kind or another.”
No, that’s not true. Yes, life has its ups and downs, and there may be situations where you feel depressed or anxious, but that doesn’t automatically mean you have depression or anxiety. Even if there are some doctors out there who will prescribe you an antidepressant for the absolutely normal feeling you’d have when, for example, recovering from a death in the family. The truth is, in many cases you’ll rebound once life sorts itself out.
Do your feelings of depression and anxiety (or other feelings) significantly affect your ability to lead what you consider a normal life? If yes, then maybe then it’s time to see the doctor. But unless you’re clinically diagnosed (which is in itself a tricky process), you don’t have a mood disorder.
Another misconception is that taking time to manage mental health issues is the same as managing family emergencies, sick kids, and related unexpected life events.
On the surface, this seems fair, like this woman who took a mental health day and it went viral. But when you dig a bit deeper it gets more complicated.
Most sick kid days or family emergencies are episodic: they happen and then they’re over, and you’re on to the next incident. Mental health issues, however, are more ongoing and pervasive.
Also, healthy people have their full faculties to deal with unexpected life events. Having a mental illness, however, compromises your health to begin with. Add unexpected life events on top of that, and you end up with a whole new level of problems.
This is where the popular spoon analogy comes in handy. Imagine you have 10 spoons that represent the total amount of energy you have for one day. If you’re dealing with mental illness—or a chronic illness in general—you may use up 3-5 (or more) of your spoons just on dealing with that. Which leaves you with only 5-7 spoons to deal with everything else. Healthy people, however, start off with all 10 spoons to deal with everyday life. It makes a big difference.
There are other misconceptions out there, such as that if you just get out and push your limits, things will improve. As I’ve noted previously,

“‘pushing my limits’ isn’t like what happens with exercise, where you push a bit farther each time and your time, distance, or the weight you can lift increases. Instead, it’s more like hitting the same wall each time, which is the same distance or height each time, and requires a similar recovery after every event, depending how long you’ve been pushing against it.”

And finally, try not to use specific mental illnesses to describe personal quirks. For example, saying you’re ‘a bit OCD’ or ‘acting bipolar.’ Unless you’ve been diagnosed with either illness, it just minimizes the experiences of those who actually live with these illnesses. Use mental health language responsibly!

2 thoughts on “Talking About Mental Health”