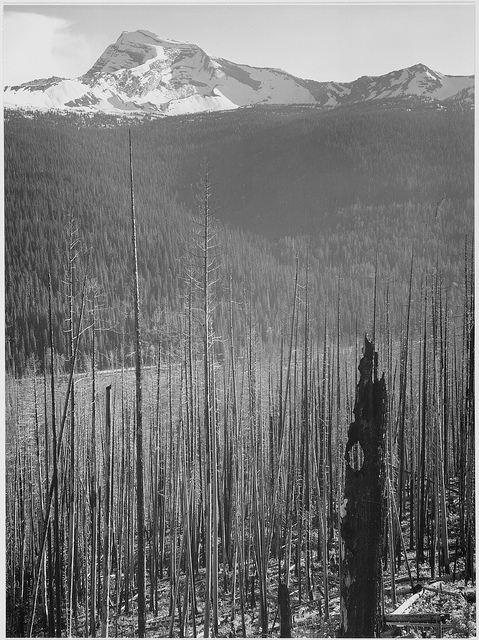 It’s been a tough week. I’ve had to spend more days in bed than I’d like to, and am feeling the gloomy fingers of depression creeping back into my life. I realize I’ve had a lot on my plate lately, so this change in mood is an entirely predictable response. That doesn’t mean I have to like it, though.
So this week I only have a few articles to share, mostly because my (non-sleeping) time has been spent keeping up with the BC wildfire situation (more than 40,000 people evacuated, with 20,000 more on evacuation alert), working in the garden, writing a book review, and copy editing a scientific paper.
Science writing with a mental illness


This article by Alex Riley at The Open Notebook popped up in my Twitter feed yesterday morning, and felt especially timely given how my last week has gone. Riley does an excellent job of explaining how his mental illness (depression) affects his everyday work, and also brings in science writers with other mental illnesses (bipolar, OCD, anxiety) to share their experiences.
A few things really resonated with me, including how submitting an article to an editor (even just pitching an article!) is difficult because you have to deal with judgement and criticism—both of which can send the mind into a ruminating tailspin, which feeds the illness.
Riley also writes,

“Not knowing how I will feel in the next few hours makes committing to hitting embargoes and daily deadlines a near-to-impossible task.”

For me it’s not knowing how I’ll feel over a span of days, so I usually set long deadlines that can accommodate a series of bad days.
Riley talks about managing illness through medication and therapy, and also tailoring your career to suit your abilities. This is a critical point—as freelancers, we don’t all have to be pitching 24–7, going on long reporting junkets, or writing pieces on a 24-hr turnaround time. We have the ability to decide what type of work suits the needs of our health conditions. I’ve mentioned previously that I struggle with seeing what other science writers are doing and thinking I should be doing the same, even though I know I’m not capable of sustaining that level of activity.
I highly recommend this piece to other science writers—and other people in general—who are dealing with mental health issues.
Biological annihilation?


A paper recently came out in PNAS that calls the current decline in animal populations a “global epidemic,” part of the “ongoing sixth mass extinction” and caused mainly by human destruction of animal habitat. The ecologist authors warn that the era of “biological annihilation” is underway. Their research focused on using species’ ranges to extrapolate population losses and declines, a method used by the International Union for the Conservation of Nature.
I shared an article in my first Wednesday on the Web (21 June) in which a prominent paleontologist said we weren’t facing a sixth extinction because “we haven’t seen the major ecosystem collapses we might expect.” It’s interesting that ecologists and paleontologists don’t seem to see eye to eye on this topic.
The ecologists acknowledge that

“the study is written in unusually alarming tones for an academic research paper… [and say] it wouldn’t be ethical right now not to speak in this strong language to call attention to the severity of the problem.”

Based on this research (and the work of others), I’m going to assume that the sixth extinction is well underway.
Climate change doomsday


I covered this in my last post – the climate change article by David Wallace-Wells that had climate scientists frothing at the mouth over the fact that it had factual errors (see last week’s post), was over-the-top, and unnecessarily negative.
To his credit, Wallace-Wells was extremely accommodating and open about his writing process, even republishing the post with annotations re: his data sources, plus four small corrections that he says don’t really alter the main narrative.
Writers like David Roberts at Vox have been quite supportive of Wallace-Wells’ approach. What I really liked was this Twitter thread by Roberts, because I think it gets at the real issue here.
Roberts notes that the article got a ton of coverage and many people read it—likely a lot of people who might not have if it weren’t deemed so controversial. But despite this popularity, and the fact that the article reached such a broad audience, the naysayers jumped in to note factual errors, and to claim that people don’t respond to doom and gloom, that you have to be more positive.
In some ways this seems like a case of scientists vs. writers. Scientists are rarely advocates, and write in reasoned and measured tones about everything from songbird decline to tailings ponds remediation to climate change itself. Writers use scientific facts to create stories, and those stories may be positive or negative depending on the angle the writer takes. Perhaps the scientists were perturbed that Wallace-Wells’s article got so much press for a piece that didn’t use their choice of language.
It reminds me of Kathryn Schulz’s piece in The New Yorker on Pacific Northwest earthquakes, entitled The Really Big One, which eventually won a Pulitzer. She’d done excellent research for it, outlining what might happen when we have our next big earthquake. However, because the piece generated “widespread panic,” she felt she had to write a follow-up article that minimized people’s fears, answering their questions and providing advice on how to prepare for the big one.
As I’ve said before, I’m not convinced that placating people and assuaging their fears is a productive way forward. And as the biologists in the sixth extinction paper I mentioned above said,

“It wouldn’t be ethical right now not to speak in this strong language to call attention to the severity of the problem.”

Perhaps climate scientists should consider the same thing. Is it not ethical to call the public’s attention to the severity of the climate problem? Or do we just need more nice, happy pieces about how people are working together to combat climate change?
Defining the problem
I get a regular newsletter from John Fleck, the director of the Water Resources Program at the University of New Mexico, and a journalist who focuses on water in the west.
This latest newsletter contained several variations on one phrase:

“the problem of properly defining the problem you’re trying to solve.”

For some reason that line really jumped out at me. I suspect this is because it applies to various aspects of my life these days (that have absolutely nothing to do with water, by the way). I won’t go into details, but suffice it to say that defining the problem you’re trying to solve doesn’t just apply to water in the west—it’s important in everyday life decisions as well.

5 thoughts on “Wednesday on the Web – 19 July edition”

On this #BCBookDay, consider joining the @bcyukonprizes. A mere $25 gets you a ... year's membership in the society that runs and awards the province's top literary prizes. Details and registration: https://t.co/mI2Mblq2Xi