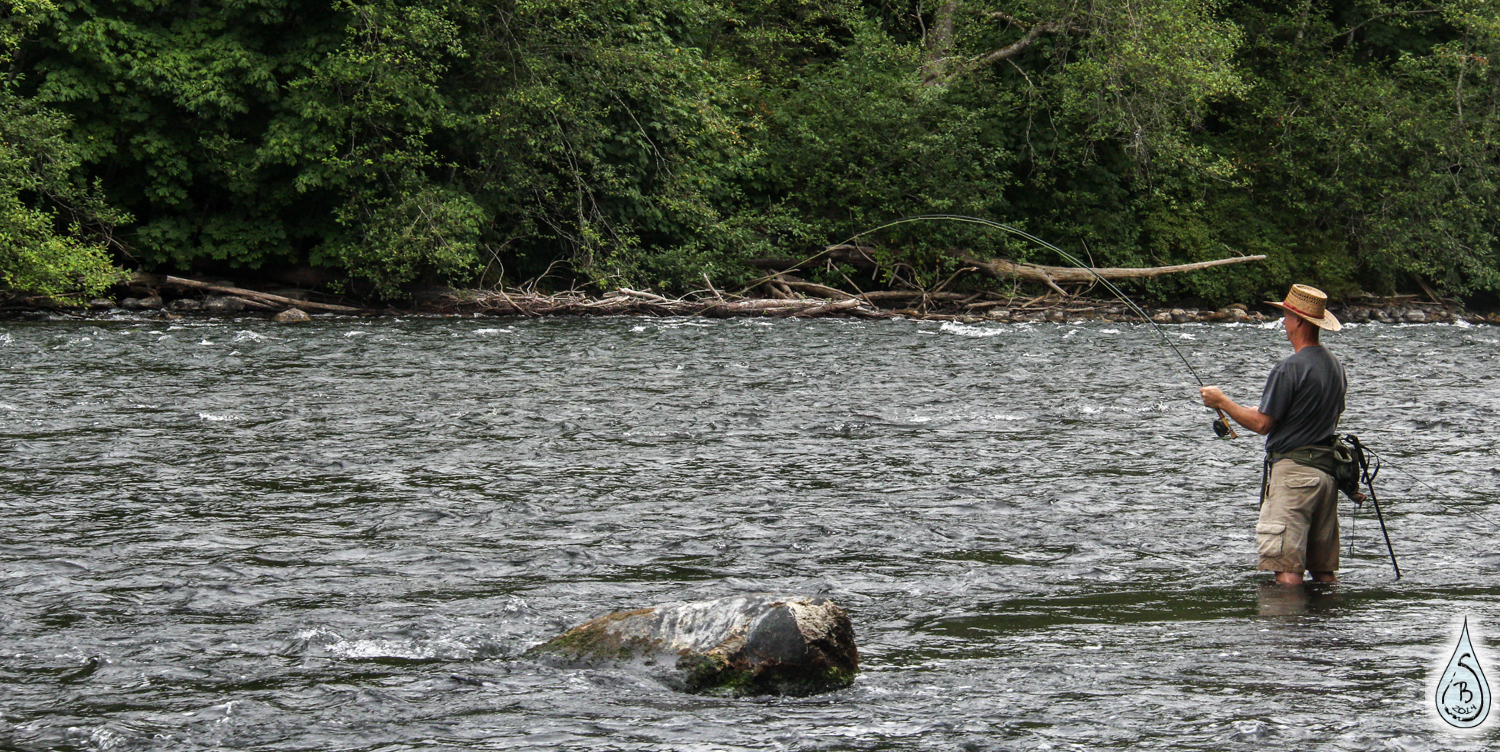 The first of the West Coast’s seasonal storms has blown in on the first day of fall, and Vancouver Islanders may almost be glad to see the clouds touch the ground and feel the rain on their sunburned skin.


While there’s been a lot of coverage of the drought in California, wildfires in Oregon and Washington state, and above average warmth in Alaska, the strip of Canadian coastline in between hasn’t been immune to the summer’s hot, dry conditions. With a low winter snowpack, minimal spring rains, and above-average summer temperatures, Vancouver Islanders in both Comox and Cowichan have been anxiously tracking their water supplies.
Here in the Cowichan Valley, the Cowichan River has been running at <2 m3/s since August, well below the 7 m3/s minimum mandated for aquatic habitat. A world-renowned fly-fishing river, the Cowichan should see spawning salmon within the next few weeks. If this first storm of fall doesn’t raise water levels, fisheries managers will have to resort to techniques they’ve used in several of the past few years: trucking salmon upstream. While it works, this is admittedly a last resort with unknown effects on the fish (how does the stress affect their spawning activity?), and it doesn’t address the bigger issue of declining river flows coinciding with critical ecological time periods.

Perhaps the bigger question we should be asking is whether we can continue to use the river to provide water and sewage treatment for a growing population, industrial water for the regional pulp mill (though the mill has been implementing water conservation strategies, and it’s only because of their weir on Lake Cowichan that flows have been maintained at the current level), and water for agriculture across the Valley (note this is the topic of a 1 October event in Duncan). There’s also the question of the Regional District’s focus on city water users when implementing water conservation strategies. Water in the Lake Cowichan/Cowichan River system is only the visible portion of a hydrologic network that includes groundwater supplies, and those of us on wells have as much responsibility for the quality and quantity of the water in our watershed as those on city water.
The Regional District has committed to studying the viability of raising the weir on Lake Cowichan to store more water and maintain summer river flows downstream. But residents around the lake are already up in arms, worried about damage to – and loss of – their property due to increased lake water levels.
Will this storm bring the increase in water flows we’re all hoping for? The answer – like most environmental science questions – is complicated. The ongoing hot, dry conditions have led to two interrelated problems: natural water reservoirs (lakes, rivers, groundwater, soil water, etc.) have been drawn down and require replenishing. However, dry plant matter on the ground surface will act as a barrier to water infiltration to the soil, contributing water to surface runoff instead of soil moisture storage until that plant matter is moistened.
My hypothesis is that we’ll see a small increase in streamflow that won’t be enough to bring us to the 7 m3/s limit. But I’ll wait until the storm has passed before I put any money on it.

I have a canvas print of this on my wall - gorgeous image!

Just posted two high-res, public domain versions of the #WillametteRiver Channels #lidar image. This image was published by the Oregon Department of Geology (#DOGAMI) many years ago and showcases their high-quality #opendata. https://t.co/vVX4OdqfK1