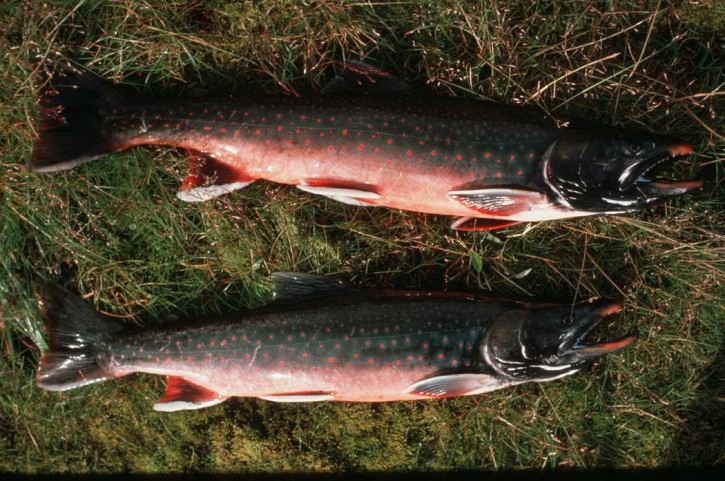 Monday, 25 November, marked the day on which the new (improved? no – let’s say, gutted) Fisheries Act took effect in Canada. First introduced in one of the many Conservative omnibus bills of 2012, the new Act has taken effect despite vocal high level opposition from citizens, scientists, and former Conservative Fisheries ministers alike.
The changes are associated with widespread closures of habitat protection offices and staff layoffs at Fisheries and Oceans Canada (DFO), the gutting of protection for fish across the country, and an agenda for environmental protection that is guided by the short-term demands of industry rather than the long-term interests of Canadians.
Ostensibly revised to reduce delays in the regulatory process for resource development projects, research by University of Toronto fisheries biologist Dak de Kerckhove and colleagues (published in the Canadian Journal of Fisheries & Aquatic Sciences) has shown that only one proposal among thousands was held up by the Fisheries Act between 2006-2011.
A new opinion piece by ecotoxicologist Nikolaus Gantner of Trent University reveals that changes to the Act will have far-reaching consequences in the Arctic – not only to fish, but also to the fishing enterprise. This third coastline is often ignored in national coastal management discussions.
Canadians will be seeing the fallout from the Fisheries Act changes for years to come, from coast to coast to coast – and it won’t be pretty.

A look at the history of #science #communication reveals that the field is both ... older and more diverse than previously thought. Here's why that matters—and how it influences the #scicomm community today, via @ConversationUS https://t.co/QrFmSyR3ao

Writing a book proposal doesn't happen in a vacuum - I've had lots of help along... the way. #writing #womeninSTEM #fieldwork

I disagree. See https://t.co/xoTV3EOzG4 for more on #coal and #water in #abpoli