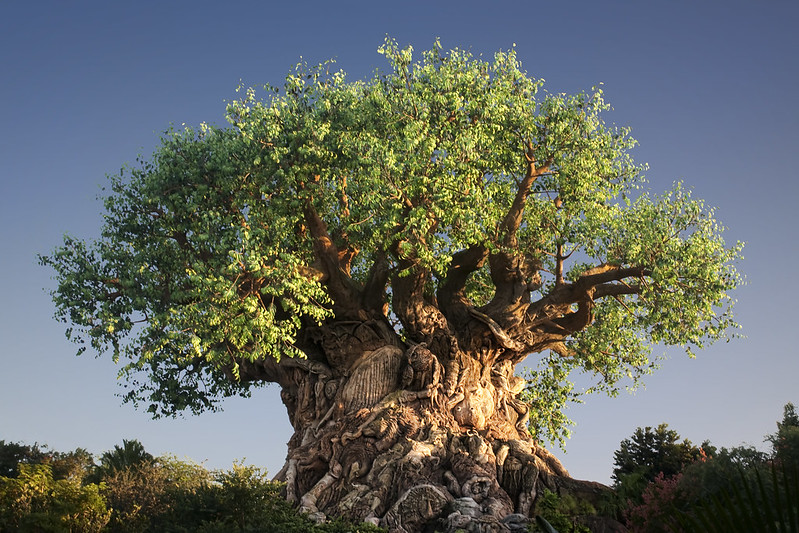 I have a bit of an obsession with trees. I can recite the names of the trees we’ve replanted on our property like a rosary: pine, cedar, hemlock, spruce, fir, oak, maple, ash, apple, cherry, dogwood…

I’ve written a 5000-word essay about trees and forests that I can’t seem to place anywhere, and am writing an essay about our relationship with individual trees for Aeon/Psyche as we speak. I just reviewed Dr. Suzanne Simard’s new book FINDING THE MOTHER TREE, about her work studying underground mycorrhizal networks in forests and how trees use them to communicate.

Many people would say you can’t talk about trees without mentioning Peter Wohlleben’s THE HIDDEN LIFE OF TREES, which I’m not a big fan of because of how he anthropomorphizes trees, treating them as though they are people. I agree with David George Haskell who, in THE SONGS OF TREES, writes, “a forest’s ‘thoughts’ emerge from a living network of relationships, not from a human-like brain. These relationships are made from cells inside fir needles, bacteria clustered at root tips, insect antennae sniffing the air for plant chemicals…”

This is important to remember—the fact that trees don’t have a brain as Wohlleben insinuates. This is what Simard finds in her Mother Tree research: that old growth trees are major nodes that connect to other tree nodes via the underground network of mycorrhizal fungi. They “communicate” through these nodes via carbon and nutrients, not via “thoughts.”

There is so much to learn and know about trees, from their underground connections to other trees to how they interact with the atmosphere. In the Amazon, for example, the rainforest is a key part of the global hydrologic cycle. Moisture evaporates from the forest and is transported by winds away from the equator, which allows for more evaporation and movement of water out of the forest. The transported water condenses into clouds and falls as rain not just on the Amazon itself, but on regions as far away as the US Midwest.

While the Amazon might seem far away and not that relevant, consider that trees are important here in North America as well. They have a cooling effect on land surfaces, especially in cities; they serve as habitat for a range of plant, animal, and insect species; and they absorb carbon dioxide from the atmosphere, reducing global warming.

Wildfire season has already started in the US west this year, reminding us that we have to think about forest management in the context of a warming and drying climate. Forest loss due to climate change-related insect infestation, disease, and wildfire is having major effects on water and weather.

One of my favourite books about trees, people, and history is Katie Holten’s ABOUT TREES, in which she introduces her tree alphabet (each letter is a different tree, how cool is that?!), and includes excerpts from different authors’ writings about trees. She prints in English on the right-hand page and in the tree alphabet on the left-hand page. She tells stories from around the globe; for example, she includes an excerpt from Roz Naylor, who talks about the moringa tree of West Africa, which is considered the tree of life because of its high nutritional and medicinal value.

In an excerpt from Katie Paterson, we learn about the Future Library project, for which 1000 trees have been planted outside Oslo, Norway. In 100 years’ time, the wood from the trees will be used to produce paper to print a special anthology of books, made of manuscripts submitted by one writer a year starting in 2014. Canadian author Margaret Atwood was the first to submit a book to the project. These books will be kept in trust and not read until they are printed in 2114. Both the manuscripts and the forest will be conserved for a century, until it’s time to harvest, make paper, and print.

“Birds singing the wrong tunes in the wrong trees too early in the year.”

If you’re interested in trees, you’ll enjoy Richard Powers’ THE OVERSTORY, a novel that ties together the fates of a range of characters who are connected to trees in unique ways. He even has a character that is based on Simard, a scientist who finds that trees communicate, but whose work isn’t taken seriously. You’ll also enjoy John Vaillant’s THE GOLDEN SPRUCE, a story about a genetic anomaly of a tree, a spruce that was gold instead of green, and that was a major symbol for the Indigenous people of Haida Gwaii. It was cut down in the dead of night by an ex-logger irate about the way the forest industry was managing forests—a huge loss for the community. You might also like Charlotte Gill’s EATING DIRT, a memoir of the life of a tree-planter, reforesting the cutblocks that foresters denude, working on a piecemeal basis to bring the forest back to these clearcuts.

There’s so much more I could write about trees but instead I’ll urge you to go outside and look—really look—at the trees around you, and build a relationship with them by observing them in all weather and seasons. You’ll be amazed at what you discover.

Note the featured image is by Jonathan (CC BY-NC-ND 2.0).

4 thoughts on “In the Trees”