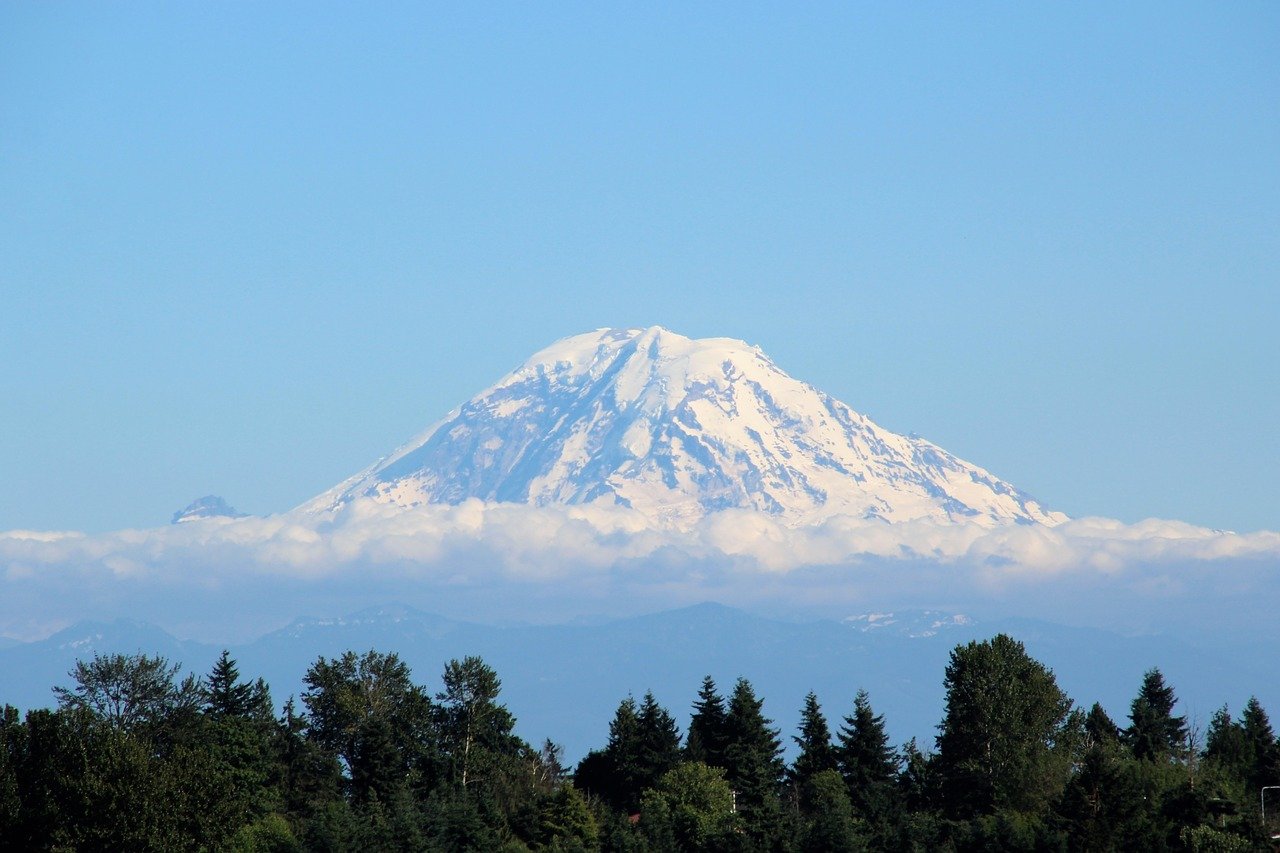 Last week during the cold spell we had two feet of snow in the yard. I went out with the dogs on Sunday morning and saw lots of worms on top of the snow – very thin, tan/mustard-coloured, and mostly coiled up. They were everywhere in our big yard – mainly on the paths we’d walked through the snow, but also on the undisturbed snow surface.

I’d heard of ice worms, which live on glaciers, though I’ve never seen them before. According to glaciologist Dr. Mauri Pelto, the ice worm Mesenchytraeus solifugus lives on temperate coastal glaciers in the Pacific Northwest and Alaska and survives at an average temperature of 0°C.

According to a 2001 paper by Dr. Daniel Shain and colleagues, ice worms freeze at temps below -6.8°C, and disintegrate at temps above 5°C. They emerge on the glacier surface in the evening and go back into the glacier during the day, eating algae and bacteria as their main sustenance. Shain noted that they seem to like glacier surface water, as they will stay in pools and rivers during the day, with the water protecting them from longer wavelengths of sunlight.

Snow worms, in contrast, encompass the species M. gelidus and M. hydrius, according to a 2017 paper by Dr. Shirley Lang and colleagues. Lang describes her snow worms as dark red-brown to black, and white, respectively, which isn’t the same colour as the ones in my yard. But hers had a similarly small temperature range: from 0°C to 2°C in the snowy coniferous forest where she sampled them.

Snow worms were also described in a 1916 paper by Paul S. Welch, in which he studied worms from the snowfields of Mt. Rainier. He wrote that they occurred on the snow but not on ice, and suggested that part of their life history might be spent underground when the snow melts. They only come out when the snow is beginning to melt – so right around the time that I saw them and at a similar temperature range that Lang noted in her paper. Welch also describes them as being light yellowish in colour when they first emerge, then changing to darker colours as they mature. This suggests that I saw immature worms given their yellow colour, while Lang’s worms were mature.

There were likely so many in my yard because the conditions were perfect: just the right temperature (right around 0°C) and not too much sunlight (it was before noon). But where did they come from? And what they were eating – pollen and bacteria blown onto the snow surface, or algae growing within the snowpack itself? And where did they go when they disappeared later that day – deeper into the snowpack, or did they stay on top of the pack and disintegrate in the sunlight? What happens when the snow disappears completely – do the worms go into the soil as suggested by Welch?

So many questions, so few answers available. Any enterprising zoologist want to study snow worms? There’s a whole field of questions to answer!

Note this week’s featured image of Mt. Rainier was free from Pixabay.

4 thoughts on “The Mystery of Snow Worms”