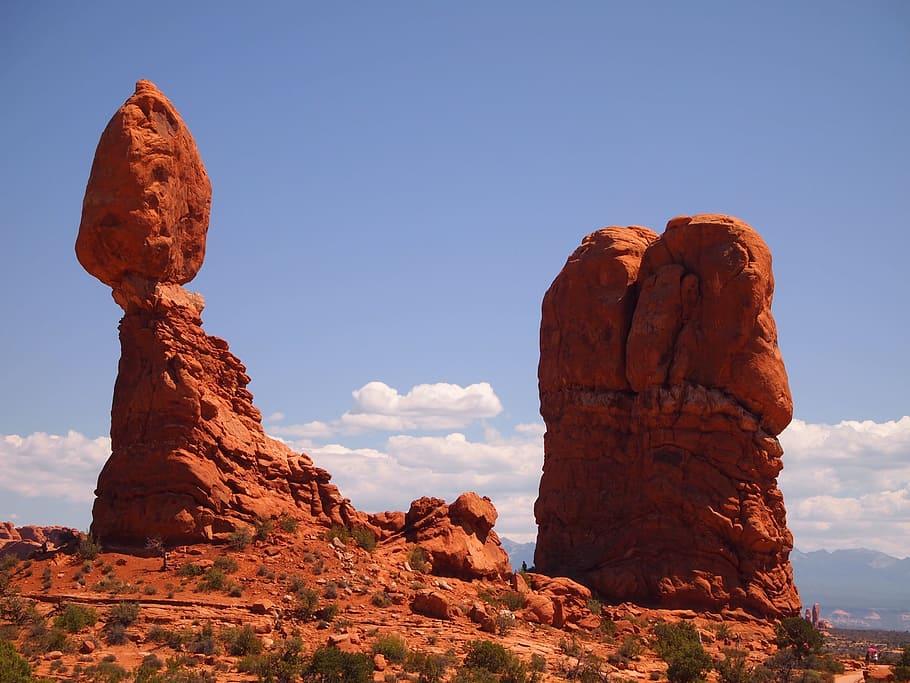 Tipping points, or thresholds, represent a point at which an environmental system shifts into a new phase, not linearly but in a stepwise fashion. There can be a linear trend up to that point, at which time the system makes a stepwise shift and the resulting change is greater than could have been predicted using linear models. In most of these cases, the system cannot return to its pre-threshold state.

For example, gradual ocean warming and acidification led to a sudden shift in coral reef communities, which have been bleaching and dying since 2014. Researchers have seen the same with trees – they can survive air temperature increases up to a certain point, then they die off in droves when a threshold air temperature is reached that is too high for them. Another example is the rapid decline in habitable regions on earth as heat and humidity rise. Linear increases in these variables lead to a threshold state beyond which humans can no longer live safely in certain locations.

It’s kind of like how one day your cherry tree is just setting a few flowers, and the next day it’s covered in blooms. A threshold has been crossed.

The Hothouse Earth scenario, which predicts higher global temperature than at any time in the past 1.2 million years, is the result of a cascade of tipping points that have environmental scientists worried about our future. While some tipping points aren’t expected to be reached until global air temperatures exceed 5°C higher than pre-industrial values, others will be reached with only 1.5°C to 2°C of warming, for which we are easily on track. For example, with 2°C of warming, the Arctic has a 10%–35% chance of becoming largely ice-free in summer. The same amount of warming is expected to result in the loss of 99% of corals worldwide. As Timothy Lenton and others wrote in Nature last year, we need to better understand observed changes in major ecosystems and where future tipping points might be.

Tipping point and thresholds are important not just in environmental systems but also in our lives. We behave in certain ways until suddenly something changes that requires a seismic shift in how we act. Maybe we get a diagnosis of an illness, or we are warned of being at risk for an illness. We then make sudden changes in our lives to deal with these events. Or when we lose something or someone – a job, a mentor. We make a step change into a new life without that job or person, as we don’t have much choice.

When I left academia for health reasons, my life changed drastically and quickly. My illness pushed me from being a Type A personality to someone who could barely hold up their end of a conversation in a matter of months. I went from doing everything to doing almost nothing – again in a matter of months. I dropped many commitments, sitting on my porch in the sun and wishing I would feel better. That step change became permanent. Even though there was a phase in between when I’d made the change but not yet accepted it. When part of me thought I would still go back to the way things were. But I had already crossed that threshold. There was no going back. The change was completed and I couldn’t reverse it.

Throughout my illness I’ve seen a gradual decline in cognitive function, a seeping out of the energy and ability I have to think and analyse. I don’t see a tipping point in my near future – just this slow bleed of abilities until I’m hardly functional at all – whether that’s in one year or in 20 years. As my psychiatrist says, “this is the progression of the disease.”

This is also part of the progression of global environmental change. It bleeds out extirpations and extinctions until suddenly we’ve tipped into the sixth extinction. It slowly ratchets up air temperatures until we reach the 2°C tipping point and sea ice and ocean currents change drastically. We are lulled into complacency by gradual change and when the stepwise shifts do come, they are a wake-up call to do something, anything, to stem the tide of change. Until we get used to the “new normal” and have to wait for another tipping point to reawaken us to the challenges ahead.