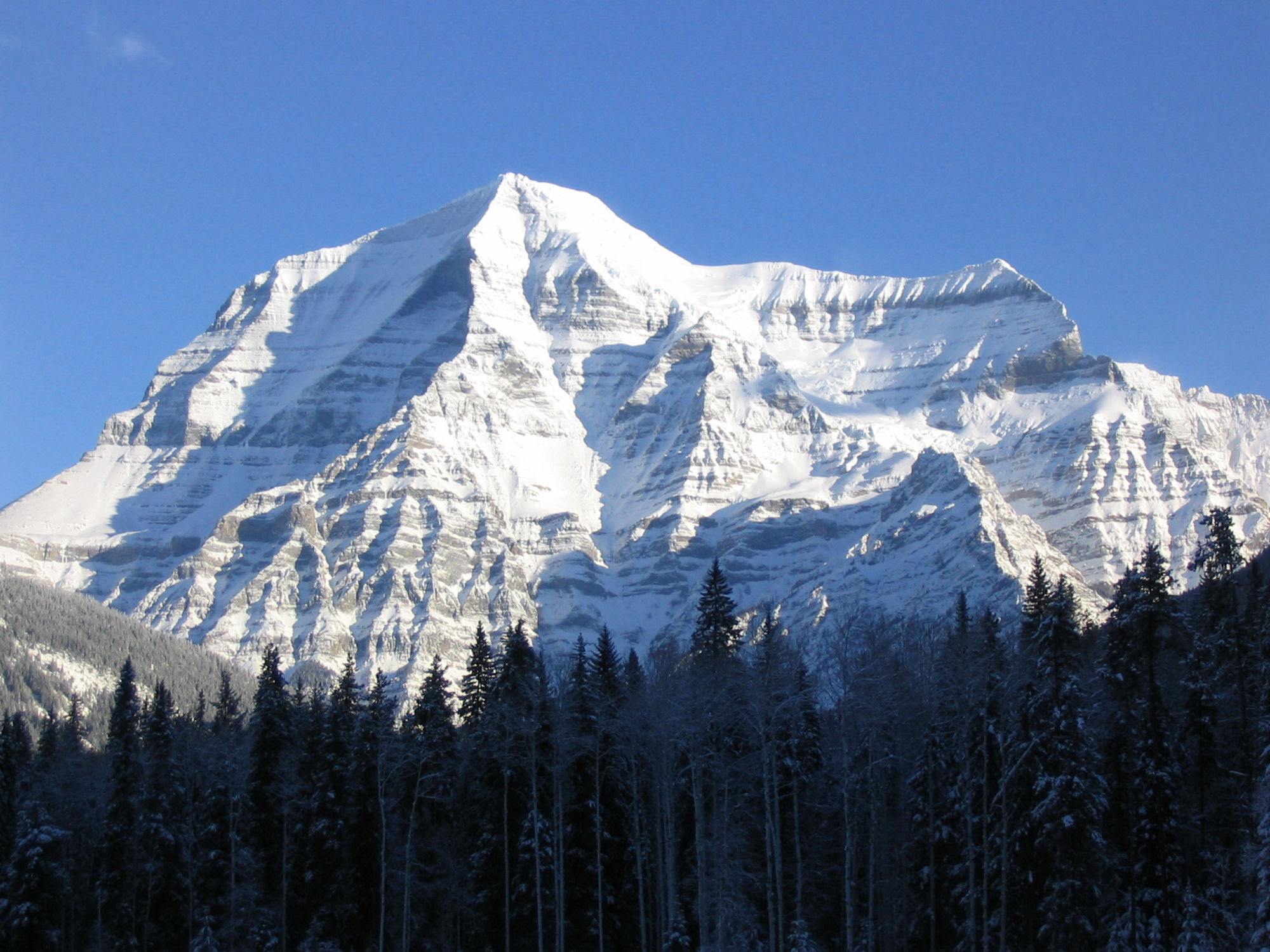 Climate change communication is often characterized by either doom and gloom or unrealistic optimism. Which is more effective in getting people to act?

Tone is a tricky part of science communication. In a previous post I’ve touched on issues of tone in science communication and how they relate to scientific accuracy.
In this post I look at how we communicate climate science in particular, and whether we should scare people or give them hope. Should we write about climate change positively or negatively? Will people respond best to fear or to hope? Are people more likely to act on hope than fear?
Several writers started this discussion in July of 2016, when New York Magazine published a doomsday climate change article written by David Wallace-Wells (DWW; which I’ve referenced on my blog a few times). Many people were up in arms about the negative tone of the article.
David Roberts at Vox got to the heart of the problem by asking whether or not we really know how people respond to fear vs. hope. He noted that humans are more likely to envision best-case over worst-case scenarios on their own, because the former are easier to envision than the latter. So it can be the responsibility of the science writer to share less-familiar scenarios.
Over at Slate, Susan Matthews suggested that DWW’s reporting wasn’t scary enough. She argued that today’s climate denialists aren’t as concerned with proving climate change isn’t happening, but rather “refut[ing] the fact that it matters enough to require action.” Since climate change affects all socioeconomic groups differently, it’s easy for those in the upper 1% to avoid climate change action, because they won’t see the same impacts as the lowest 50%. Matthews saw DWW’s article as a call to action—however scary that might be. She suggested that, if people know the facts about climate change, they will use that knowledge at the ballot box to vote in a government that will act—for everyone (this might be a bit optimistic).
In the New Republic, Emily Atkin quoted several scientists about how we communicate climate science. Dr. Jennifer Francis said “stories such as this article are so depressing that people shut down and stop listening,” while a 2015 paper by Drs. Kathryn Stevenson and Nils Peterson suggested that fear must be balanced with hope, so people have a sense of “agency or control.” Dr. John Cook, however, said that fear is effective in showing people the urgency of the situation. Atkin also noted that hyperbole in climate reporting can backfire, allowing the political opposition to say that “liberals are engaging in politically motivated hysteria.” But ultimately, DWW got people talking about climate change—and isn’t that a positive?
This whole argument reminds me of Kathryn Schulz’s 2015 article in The New Yorker about the impending Cascadia earthquake. It was a fabulous article that won a Pulitzer Prize—but Schulz was compelled to write a follow up article to deal with peoples’ reactions that it was “terrifying,” “incredibly terrifying,” “horrifying,” etc.
She aimed to “navigate between the twin obstacles of panic (which makes you do all the wrong things) and fatalism (which makes you do nothing).” As she said in an interview with The Open Notebook, “I felt that the terror and panic were not constructive.” To ameliorate it, her follow-up article provided a list of facts about who will be affected by such a quake, how to prepare, etc.
The debate also reminds me of a more recent article by Eric Holthaus at Grist, in which he covered the worst case scenario for the collapse of the Antarctic Ice Sheet. He got called out on it by Tamsin Edwards (and others), but mostly because of his tone (she called it an “emotive” article), and a few instances of the science not being overly clear. But she ended the article by saying, “we have to take care not to talk about the apocalypse as if it were inevitable.”
Why? Is it not inevitable given that we likely won’t be able to limit global temperature change to less than 2.0°C? Is it not inevitable given that governments who can and should be acting aren’t? Is it not inevitable that most of the population is used to a business-as-usual scenario, and we won’t be able to put the brakes on soon enough to stop climate related changes across the globe? Climate change is here, now, as researchers have already started attributing specific events to it.
This discussion of tone came up again last week on Twitter with an article from the LA Times. The headline was “Californians need to be so afraid of a huge earthquake that they take action, scientists say.”
We all know that writers don’t pick their headlines, and in this case it seems the newspaper wanted to add some hype. The article talks to seismologist Lucy Jones, who argues that earthquakes are “something…frightening and uncertain is something we would like to ignore.” She actually wants to move beyond fear and uncertainty by communicating to the public exactly what scientists know, and linking earthquake impacts to financial issues or community responsibilities. This empowers people to think in terms of how to cope, and be less overwhelmed by the unknown.
In a more recent article, David Roberts discussed a new article in Nature Climate Change called “Reassessing emotion in climate change communication,” about how people respond to tone when communicating climate science. The authors find that people’s emotional responses to environmental change shift over time. People may have “raw feelings in the…aftermath of…reading a scary magazine story, but [we don’t know] how those responses are reinforced and strengthened over [time].” The authors argue that claims that fear doesn’t motivate people and instead leads them to disengage from an issue are just not supported by evidence. As Roberts writes, “there is no emotional recipe.”
But Roberts makes an important aside. He says that scientists play a critical role in the communication of climate science, and when they critique “emotive” pieces for being inaccurate (when they’re not), that affects how the article is perceived by the public.

“[these] critiques amount to scientists advising a journalist what information to present, what to emphasize, and what impressions and emotions to produce in readers. These simply aren’t matters of hard climate science. They are matters of rhetoric and communication, subjects on which training in the physical sciences confers no special authority.”

Lucia Graves covers the same Nature Climate Change article in The Guardian, and comes to a similar conclusion. Not everyone will respond the same way to the tone of an article.

“Rather than treat emotions as levers to be pulled for a desired effect, they should be seen as part of a dynamic interplay among factors that shape our behavior, exquisitely specific to the human being inhabiting them.”

She concludes—as most science communicators have—that the key lies in knowing your audience and what’s relevant to them, and we must remember that climate communication can take various forms. Something for scientists to think about as well, when they weigh in on how climate science is reported.
In a 2015 article in the New Republic, Faith Kearns wrote that, “while climate science has advanced greatly, the human-to-human piece still needs attention.” She writes that we have to effectively engage in an environment laden with grief and anxiety and, I’d argue, fear and hope—which requires emotional skills more than the objectivity and facts that scientists prefer. She advocates for a relational approach to climate change, working together in new ways—using empathy and compassion—to transform how we address climate change issues. Dealing with conflict and denialism can be uncomfortable, but it may be an approach that works.
Note: thanks to the following people for great Twitter convos on this topic. Rob Galbraith, Samantha Montano, Gina Eosco, Jeannette Sutton, and Kate Hutton.
Note 2: For more on hope in tough times (not just relating to climate science), see Rebecca Solnit’s Hope in the Dark.

16 thoughts on “What motivates us to act on climate: fear or hope?”

ICYMI: @theNASEM President @Marcia4Science in @PNASNews on science's role in ... creating social inequities: “By first admitting that science has been part of the problem in the widening gap in equality we can start to understand what we must do. "https://t.co/MvOG0uaOuS #scipol #DEI

book trailer for OWLS OF THE EASTERN ICE from @fsgbooks, out August 4! Pre-order a signed copy from @MoonPalaceBooks: https://t.co/X6BtC7FxUf. Other pre-order options at https://t.co/TRlQ2byA7n

What #DFO is trying to say is:
1) The whoosh is not operational, so no fish are getting past #Bigbar
2) There are next to no fish at #Bigbar or in the Fraser

What they're not saying is despite next to no fish, nets are killing #endangered #chinook all over the Fraser. #recordlow https://t.co/4HQqtc17OF