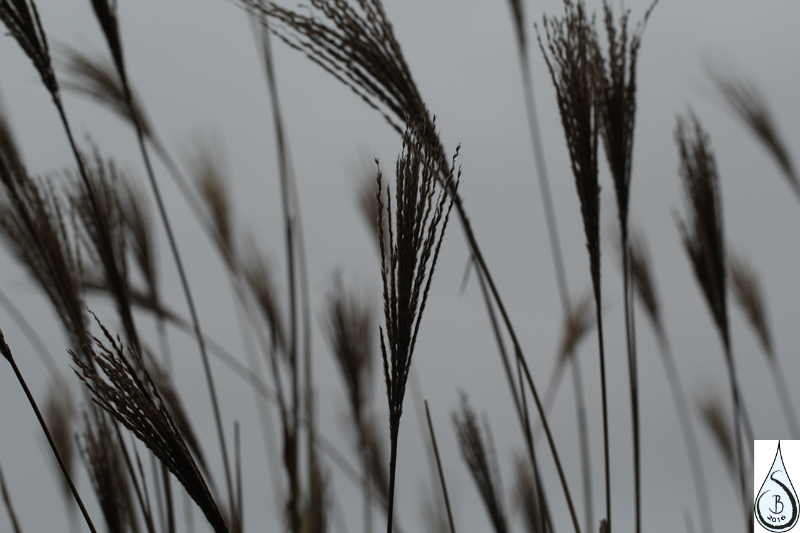 I’ve just started reading Paul Kingsnorth’s The Wake. I’ve never read anything quite like it – in writing style, tone, or storyline. The piece that comes closest to its elegiac, portentous, and historic style is perhaps Beowulf, the longest epic poem in Old English – which I’ve read only in translation from that long forgotten language. Not surprisingly, it comes from the same era in which The Wake is set: England in the 11th century.
The Wake is written in “a shadow tongue”, “a language “intended to convey the feeling” of Old English through borrowed vocabulary and syntax.” Which means that it looks like this: 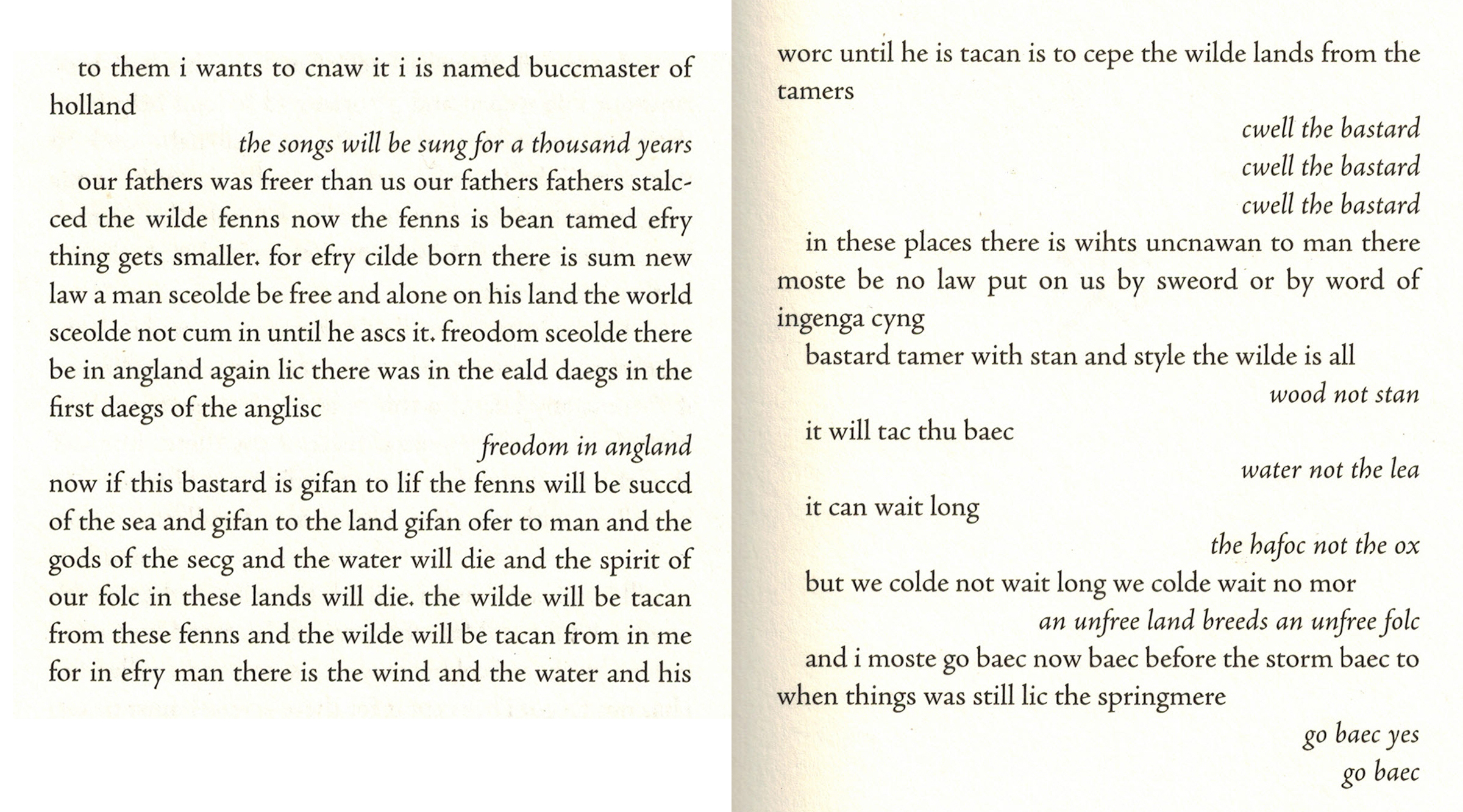 Seems a bit daunting, doesn’t it? And it was certainly a struggle when I first started to read it.
The temptation is to sound out each word, wondering whether the ‘c’ has a soft ‘s’ sound, or if it’s hard like a ‘ck’. Wondering what words like ‘ingenga’ and ‘wihts’ actually mean. There’s no pronunciation guide, no word list, to turn to for answers. I tripped over odd words and sank into the mire of what seemed to be a completely impenetrable language. [Note: 2/3 of the way through the book I discovered a glossary at the end of the book! Should have looked for it earlier, but had expected it would be at the beginning….]
Then I discovered that it’s easier to read it by paragraph – to fall into the rhythm and cadence of the language, into the time period and the setting. The pronunciation follows not far behind. Thus the text at the beginning of the example above becomes:

“to them I wants to know it I is named Buccmaster of Holland…
our fathers was freer than us, our father’s fathers stalked the wild fens. Now the fens is been tamed, everything gets smaller. For every child born there is some new law. A man should be free and alone on his land, the world should not come in until he asks it. Freedom should there be in England again, like there was in the old days, in the first days of the English…
Now if this bastard is [giving to life] the fens will be sucked off the sea and given to the land, given over to man, and the gods of the sea and the water will die and the spirit of our folk in these lands will die. The wild will be taken from these fens and the wild will be taken from in me, for in every man there is the wind and the water and his work until he is taken, is to keep the wild lands from the tamers…”

Looks a little different in today’s English, doesn’t it? And though it retains that Old English sentence construction, it reads differently, too – it loses some of the darkness and patina that comes with Kingsnorth’s “shadow language.” Slowly the necessity of his language becomes clear – it conveys an era, a mindset, a consciousness that’s completely different than anything we have on earth today.
So I keep reading, trying to follow the flow of the language by paragraphs rather than individual words, and trying to decipher terms I don’t understand in the context of the rest of the text. For example, I’m tripped up by ‘socman,’ ‘gleoman,’ and ‘gebur’ – given their context, they seem to describe people at different levels of the social hierarchy of that time.
Would consulting a dictionary help? Why yes, it would. ‘Socman’ is a term from English history: “a tenant holding land by socage,” ‘gleoman’ is a minstrel (from A Concise Dictionary of Middle English from A.D. 1150 to 1580 by Rev. Mayhew and Rev. Skeat (c. 1885)), and ‘gebur’ is from the Old English for farmer, countryman, or boor.
It seems the key to reading and understanding The Wake is to go with the flow, the big picture of the text, while stopping every now and then to double check the detailed meaning of any words that pop up like roadblocks on the path to understanding.
To my mind it’s a bit like doing environmental science. You look at the environmental system as a whole, trying to determine what the big picture is telling you, while also measuring individual components and quantifying their contribution to that whole. You can limit yourself to looking only at the small pieces, but you’ll miss the sum of those parts – the same way that if you limit yourself to looking only at the big picture, you miss the specific details that drive that picture.
An Old English “shadow language” as a metaphor for science? Serendipity shows us the connections in everything.

3 thoughts on “Reading "The Wake": a metaphor for doing science”

On Monday April 12, join us for our final wildfire webinar w/ @cnt4collabcons, ... looking to the future with experts from @ColoradoStateU, @ColoradoDNR, and @headecon - be sure to tune in!
https://t.co/YuboArBhdZ

With generous support from @GatesFamilyFDN

California to pour $536 million into fire prevention amid drought concerns ... https://t.co/8hct3hLQnO via @nbcnews