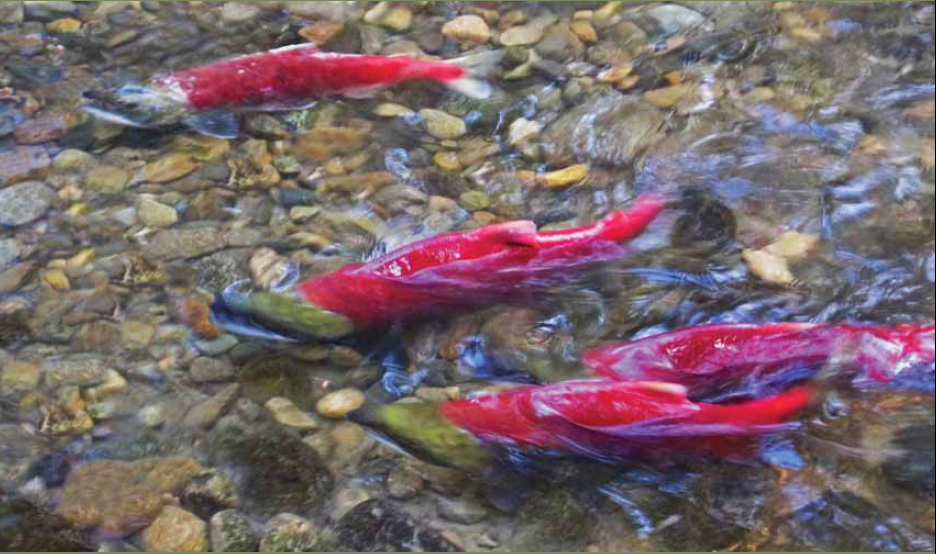 On 31 October, 2012, the Cohen Commission on Fraser River sockeye stocks released its final report1. Initiated in 2009 by the federal government, the purpose of the Commission was to find out why the commercial sockeye fishery in the Fraser had to be cancelled three years in a row (2007-2009, inclusive) due to low numbers of returning fish. Predictions from Canada’s Department of Fisheries & Oceans (DFO) – particularly in 2009 – had indicated that returns would be much higher.

Not without controversy (including stories of a muzzled federal scientist and competing evidence about the impacts of sea lice from fish farms), the Commission wrestled with a problem endemic to the entire Pacific salmon industry: how can we understand long-term salmonid population dynamics to responsibly manage the fisheries resource today?

We need to be able to put the declines observed in 2007-2009 into a broader temporal context, and we need to understand how stocks vary over different geographic regions.

Unfortunately fish aren’t like trees – you can’t cut them open and count their rings to figure out how they’ve grown in response to factors like stream/ocean temperature or ocean salinity. One option is to use traditional ecological knowledge (TEK), where the memories of First Nations and other groups dependent on the salmon run are used to piece together a relative population history. Another option is to use historic escapement data. But both techniques have an upper limit: a date beyond which people’s memories get fuzzy or data aren’t recorded, and a geographic boundary beyond which these observations don’t apply.

I looked at two studies where researchers have turned to alternative techniques to fill this gap: tree rings and lake sediment cores.

These techniques examine time series on the scale of centuries (rather than the 50-100 y that’s available from other data sources), and over a larger geographic extent.

The first study out of the University of Victoria2 (@UVTRL) used tree rings to reconstruct BC salmon populations over the past 600 years. These reconstructions were based on statistical relationships derived between salmon escapement and tree ring measurements during the period of escapement record. Last week, I saw a new study out of the University of Washington3 that used nitrogen isotopes (δ15N) in nursery lake sediments to reconstruct Alaska salmon populations over the last 500 years (thanks to @not_Klaatu for sharing this one).
While both studies have their drawbacks, I’m more interested in their final results. Bottom line? Century-scale salmon populations are highly complex (surprise!), varying across both space and time, and at multiple temporal frequencies.
Both studies showed regional variability in salmon populations, suggesting that salmon may not respond directly to large scale climate forcing, but to the filtering of climate signals through ecological systems. Both studies also showed a decline in salmon populations in the 1900s associated with the rise of commercial fishing. The UVTRL study, however, noted some higher frequency variability that they associated with ENSO events (El Niño/La Niña), and the Pacific Decadal Oscillation (PDO) and Pacific North America (PNA) pattern. They also noted that the strength of these shorter frequency cycles varied over the 600 y reconstruction – adding an additional level of complexity to population prediction. The Alaska study also defined a lower frequency, 200 y cycle of sockeye population abundance and decline.
So where does that leave us?
1. The population changes that precipitated the Cohen Commission may be part of a broader geographical trend towards decreased salmon stocks (see Vol 3, Ch 5  of the report).
2. The good news is that the UW study observed some salmon populations rebounded, even after commercial harvesting had begun2.
3. This big picture view shows the importance of both long- and short-term climate variability, with the added complication of the mechanisms by which those climate signals make their way through ecosystems (e.g., changing stream temperature, stream contaminants, etc.). The Cohen report does a nice job of summarizing these varied signals.
In other words – we know much more about how much we don’t know!
What are you thoughts on the decline in salmon returns? Have you seen other evidence to support – or refute – the conclusions reached by these papers? What other techniques could we potentially use to understand historic salmon population dynamics?
Given the complex issues this post has brought up, next time we’ll look at some neat examples of ecosystem connectivity. If only to marvel at the complexity of nature.
References
1Cohen BI. 2012. The Uncertain Future of Fraser River Sockeye: Volumes 1-3. Final Report – October 2012. 1148 pp.
2Starheim, C., Smith, D., & Prowse, T. (2012). Multi-century reconstructions of Pacific salmon abundance from climate-sensitive tree rings in west central British Columbia, Canada Ecohydrology DOI: 10.1002/eco.1261
3Rogers, L., Schindler, D., Lisi, P., Holtgrieve, G., Leavitt, P., Bunting, L., Finney, B., Selbie, D., Chen, G., Gregory-Eaves, I., Lisac, M., & Walsh, P. (2013). Centennial-scale fluctuations and regional complexity characterize Pacific salmon population dynamics over the past five centuries Proceedings of the National Academy of Sciences DOI: 10.1073/pnas.1212858110

On walking at night https://t.co/zHYWL8p87I