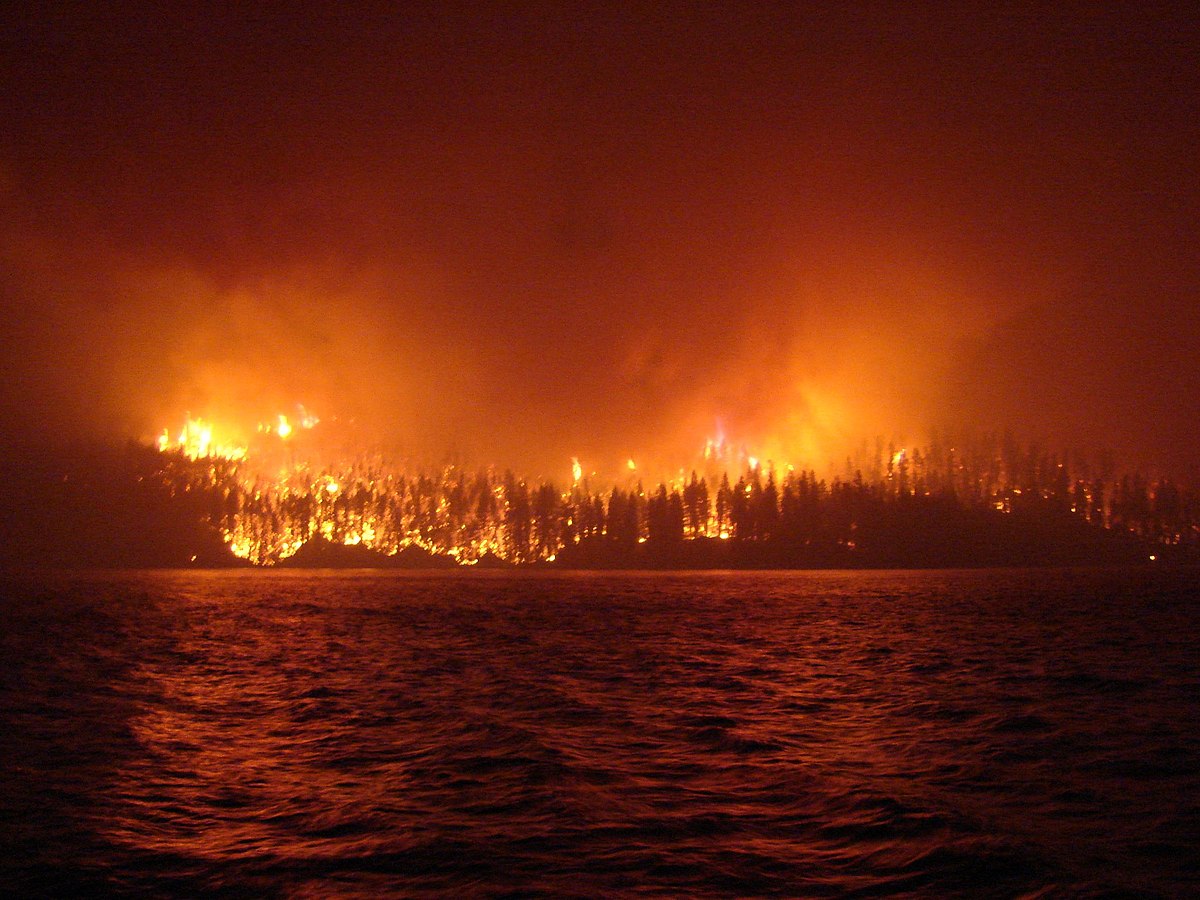 The Colorado River Basin has experienced high drought levels for the past 20 years. This year’s seasonal drought monitor is no exception – it shows the Colorado Basin as being under an “exceptional” drought, which affects Nevada, Utah, New Mexico, Arizona, and Colorado.

The Colorado Basin is drying significantly, leading to dry alpine tundra and high-elevation forests, and causing more, bigger wildfires. Reservoirs are sinking to new lows: Lake Powell is at 42% of full capacity, while Lake Mead is only 39% full. While the snowpack was average in 2020, it melted quickly and led to dry conditions earlier in the season than ever before as the snow either sublimated or was sucked up by dry soils, instead of melting into rivers and streams.

While there are still wet and dry years, the overall trend in water supply is downward.

“In a 2018 study, scientists found that about half the trend of decreasing runoff in the Upper Colorado River Basin since 2000 was the result of unprecedented warming. In other research, scientists estimated the river is so sensitive to warming that it could lose roughly one-fourth of its flow by 2050 as temperatures continue to rise.”

This is leading many researchers to describe what’s happening in the US southwest not as drought, but as aridification.

Aridification is a long-term trend, a shift towards a drier climate, as opposed to the episodic nature of drought. It means that things aren’t going to improve in the future, and that regional water users have to prepare for even drier conditions. Aridification has implications for water quality and ecosystem function, and means that wildfires of unprecedented magnitude and area will continue to burn in these regions, and at times of year – like October – when they’re not expected. It requires that ranchers, farmers, and cities work together to manage water supplies if they want to maintain their operations, as the water shortages are happening now, not in some distant future.

Here in Canada, we’ve had episodic drought on the West Coast, often when we’ve had a combination of both winter and summer drought. The Prairies have also seen episodic drought, though the last drought was in 2019, and 2020 was a much better year. We haven’t had to switch to using the term aridification yet, though climate models predict that the West will get drier over time as snowpack declines and air temperatures increase. Even back in 2006, researchers from the University of Alberta were warning that declining snowpacks, glacier retreat, increasing evaporation (due to warmer air temperatures), and human water use would contribute to water shortages in the western Prairie provinces. Add in the new demand for water to mine coal, and you have a potential crisis on your hands.

For now we are still using the term “drought,” as it occurs episodically in the Canadian west. But if temperatures keep climbing and water becomes more scarce we may have to shift to “aridification” to describe a new reality.