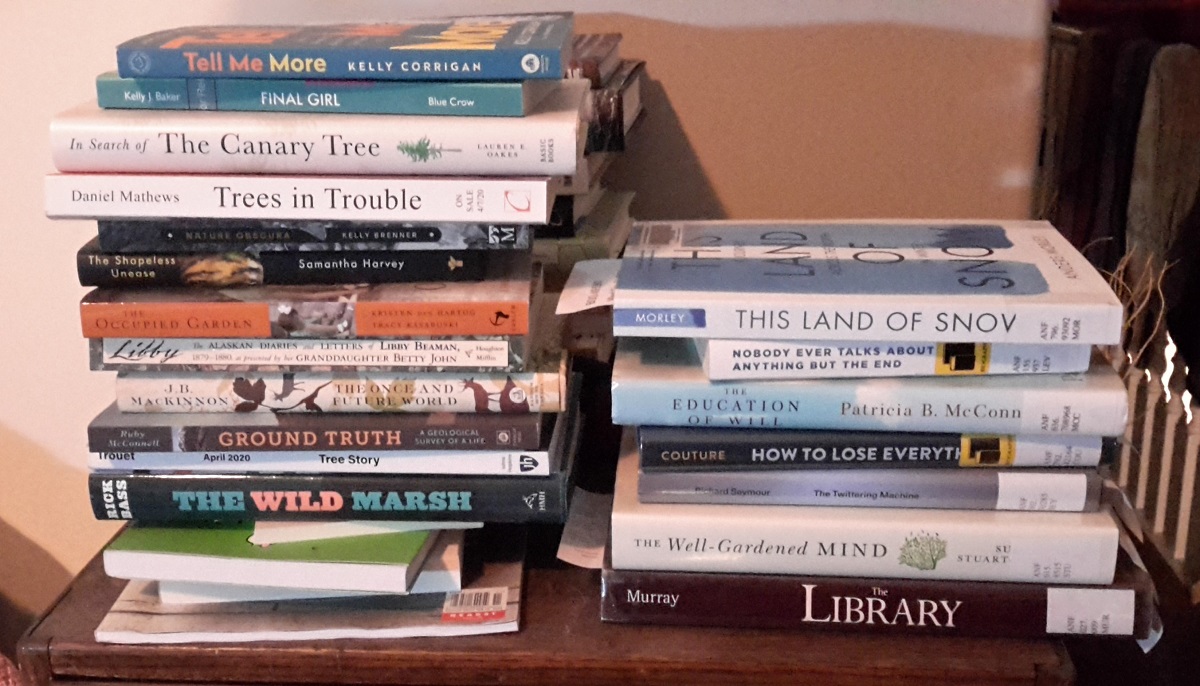 It Takes a Village: Writing a Book

In the past few weeks I’ve been working on my book proposal.

That’s right, I’m writing a non-fiction book about my field research adventures as a woman in science. It’s designed for readers interested in outdoor adventure, science, and women in science, and focuses on my work on snow and ice and climate change in the Arctic, Rockies, north Coast Mountain, and in the Interior of British Columbia. In each chapter I visit a different remote field site and talk about the work we did there and the adventures we had along the way, and link to women explorers and scientists who are associated with each site.

For example, I have a chapter about my undergraduate research at Hilda Glacier, in which I discuss how we measured streamflow, suspended sediments, and water chemistry, and how it helped us describe how the glacier drainage system was working and how it changed once it left the glacier and flowed into the proglacial valley in front of the glacier itself. I refer to Mary Schäffer Warren and Mary Vaux as pioneering women who explored the Rockies and, in the case of Mary Vaux, measured glacier retreat for many years in the Yoho National Park region.

I am creating this book proposal to send to agents in the hopes of finding one who will want to represent me to publishers.

Book proposals are a big undertaking. They require several separate sections: the book overview, the prospective audience, how the book could be promoted, why now is the time to publish, competitive titles, why you’re the person to write it, and your CV. It also has to include a projected table of contents and brief summaries of each chapter, as well as two fully-written sample chapters – preferably the first two.

Once you have your proposal ready, you write a query letter, which is a brief introduction to your book and yourself that you email to agents whom you’d like to represent you. In the letter, you briefly summarize your book and your credentials, note why the agent would be a good fit for you (usually because they’ve represented similar books in the past), and offer to send a copy of the book proposal if they’re interested. Some agents will request the full proposal, some will decline, and some just won’t respond at all.

I’ve been working on this proposal for a long time – over a year, in fact. I started with high hopes for getting representation, and sent a query letter out to an agent in March. She requested my full proposal, but ultimately suggested I rework it by adding more about women in science, to make it easier to sell. I made some revisions and sent it back, but didn’t get a response which suggests the revisions didn’t quite cut it.

After that, I put the proposal to the side because my depression was so deep that I couldn’t work on anything. I spent most of my time just trying to get through a day without having to go back to bed. Then my dad died, and my dog died, and the book proposal seemed wholly unimportant to me.

Last November, however, I had the amazing opportunity to have a developmental editor, Amber Dance, work on it for free as part of her professional development as an editor. She had some great suggestions on how to improve it, that motivated me to work on it again this year.

I also took an online course with Allison K. Williams, about finding your memoir structure while thinking like a novelist, and realized that I was missing a narrative arc in my book – including a lesson that readers could learn from it. This was something that Amber had picked up on as well.

So I got out my white board and completely overhauled my book project, changing the focus and adding new chapters while deleting others. This meant I had to rewrite my book proposal to reflect the new book structure. I have been lucky to be feeling well enough in the last few weeks to work on rewriting my proposal and strengthening the case for selling my book.

But the key is that I’m not writing in a vacuum – not only did I have input from Amber, but I have family and friends who have helped along the way. There is my husband, who read multiple drafts last year before I submitted to an agent, provided feedback on what could be added or rewritten, and listened to my long-winded conversations about what I should and shouldn’t include. There is my writing buddy, Erin Zimmerman, who read a draft last year and provided comments – and moral support – along the way. There is my science writing group (also Erin, plus Melissa, Antonia, Kim R., and Kim M.), who have read over the new proposal and my query letter and provided feedback on both. It takes a village to write a proposal, and helpful tips from writing friends and family are crucial.

I never thought I would get this far into the process of writing a book, and I’m excited to start querying agents and hopefully finding one to represent me. I am nervous about getting a contract to write a book – what if I my depression fails to lift and can’t work on my book? Right now I have the energy to work on the proposal, but in the last year I’ve been so depressed that there was little I could do. I guess I just have to take each day as it comes and hope for the best. Assuming I find an agent, of course….

2 thoughts on “It Takes a Village: Writing a Book”