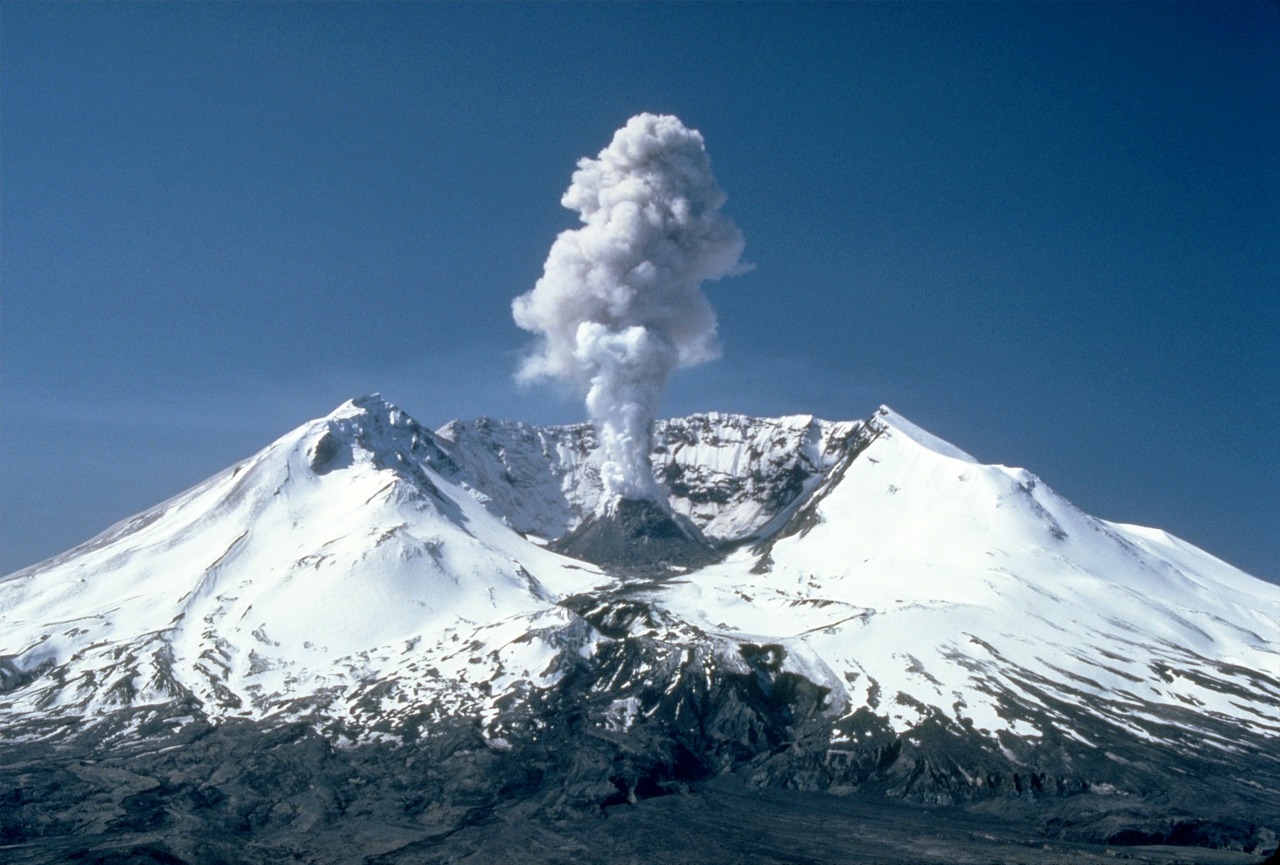 Last week I read a book of personal essays by Ruby McConnell entitled Ground Truth: A Geological Survey of a Life.

In science, ground truthing is when you take whatever you’ve measured remotely, whether it’s via satellite imagery or aerial photography or some other technique, and go to the specific place on the ground to see if what’s there matches what you inferred from your remote data. It’s a way of ensuring that the calculations you’re doing represent the real world, and that they’re correct.

In McConnell’s book, “ground truth” also refers to the fact of being embedded in a landscape and living your life against the backdrop of that landscape. In her case, she focuses specifically on the Pacific Northwest, and Mount St. Helen’s in particular.

McConnell does an excellent job of weaving geology into her personal narratives, from describing the way in which the west coast of North America was formed – by geological terranes smashing into each other and forming vertical “stripes” parallel to the coastline – to discussing the discipline of geology as a whole and how it requires a sense of imagination to visualize past landscapes just by looking at geologic sections.

She talks about how we’re more prone to seeing Pacific Northwest geography in a north-south manner, rather than a west-east manner, because landscapes are more similar from north to south than they are from west to east. This resonated with me because we have similar landscapes that stretch north along the coast from Oregon up to British Columbia, and similar south to north landscapes as you move inland. We are geologically more linked to our neighbours to the north and south than we are to our neighbours to the east.

I appreciate McConnell’s skill in talking about geology very plainly, as it’s not an easy thing to do. I think of Marcia Bjornerud’s Timefulness: How Thinking Like a Geologist Can Help Save the World, which is supposed to be a geologist’s view of climate change, and how difficult I found it to get through the geological parts. Or William Glassley’s A Wilder Time: Notes from a Geologist at the Edge of the Greenland Ice, where I was transfixed by his lyrical writing about the experience of being in Greenland, but had a hard time following his descriptions of the geology he was studying.

McConnell links geology to her personal life in interesting ways. In “Wastelands,” she talks about a geology field camp she did in the middle of nowhere, a place called Christmas Valley. Rather than denigrate it as a wasteland, which she and her fellow students felt it was, she learns to see it as a place where we can learn to abide on our broken planet.

“What if, instead of assigning value to a place based on beauty or even utility, we did so on its ability to endure, its capacity to abide, to exist through time, to wait, stand sentinel, and retain its dignity; to erode and age and crease and weather and be weathered?”

In such landscapes, she sees hope – “the stuff of stardust and soil.”

McConnell also writes about the devastation of Mount St. Helen’s, and the unexpected recovery that has happened in the time since the 1980 eruption. She writes about how the asymmetric cone of Mount St. Helen’s has dominated the landscape of her life. When she visits in 2019, however, she is surprised by how much the landscape has recovered after the eruption. Much of it has become vibrant and alive after the initial devastation, which included massive landscape change such as matchstick trees, which were blown down by the shockwave that occurred when the volcano erupted.

McConnell also visits the HJ Andrews research forest, which I visited in the winter of 2012 (Jan/Feb). For me it was a research trip, for McConnell it was a writing residency. It was interesting to get her perspective on the site, where she noticed that most of the researchers were indoors on their computers rather than outside measuring things, as much of the forest is rigged to be measured remotely. She refers to it as a ‘digital forest,’ especially when she finally manages to trek to a high point overlooking the forest and discovers a trailcam recording her stretching her arms and feeling restored by the landscape. It’s an apt metaphor for a forest that is instrumented to the gills, and it’s also important to note that scientists have taken a lot of the fieldwork out of environmental research and turned to computer-generated data collection instead.

McConnell also has a chapter about the 2017 eclipse, during which the path of totality traversed her home state of Oregon. News organizations and local governments became concerned about whether or not they’d be able to manage the hordes of city dwellers who were expected to flock to the country to see the eclipse, and roads and highways were expected to be packed. When it actually happens, though, the dire warnings of overcrowding prove to be overstated, and the rural communities remain quiet. McConnell climbs the hill behind her house to watch the eclipse along with a couple of dozen neighbours.

“Totality does not mark the end of an eclipse but the mid-point. Even so, back on our hill…when that halfway point was reached and the moment of shadow culmination passed, all the people disappeared…in defiance, we lingered, intent on seeing both halves of such a rare event, the whole of what was offered to us.”

This chapter reminded me of Annie Dillard’s essay about the February 1979 eclipse, which she and her husband drive from coastal to interior Washington to watch. Many people come to see it, as Dillard writes,

“It looked as though we had all gathered on hilltops to pray for the world on its last day.”

She writes about how the eclipse affected the watchers,

“That’s when the screams began. All at once this disk of sky slid over the sun like a lid…The hatch in the brain slammed. Abruptly it was dark night, on the land and in the sky.”

McConnell is more matter-of-fact about the eclipse, but it’s interesting to see the parallels between the two pieces.

I highly recommend Ground Truth, for people who are interested in the Pacific Northwest, in the environment, in geology, or even just a life lived outdoors. McConnell has a lot to offer in this essay collection.

Note the featured image for this post is free from Pixabay user Wikilmages.