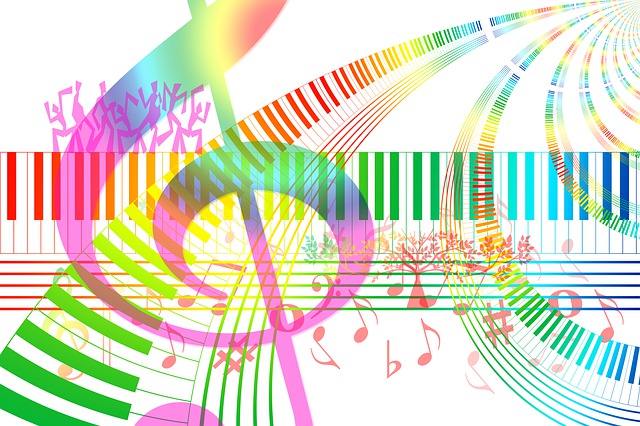 Last week I read a really intriguing and interesting book called “And Then We Grew Up: On Creativity, Potential, and the Imperfect Art of Adulthood,” by Rachel Friedman. Friedman is a writer (obviously), who works part time as a managing editor for a journal.

She started playing viola when she was eight years old, and not only did she love it – she was talented at it. “As a shy, angsty preteen, the only time I felt completely present and at ease in my body was when I was playing viola,” she writes.

She played in school band, and at age eleven started attending the unique summer arts camp called Interlochen. This is a camp for creative kids, whether they’re musicians, artists, actors, or writers – over 2,000 students attend each summer to hone their craft in the company of other serious young artists. There, they are put through rigorous training and practice to improve their skills and enjoy the creative atmosphere.

Friedman loved Interlochen – she felt like she fit in there better than at her school, and she had several friends there in different fields of the arts. She writes, “We were encouraged to be bold. To experiment. To have vision and passion.”

After playing viola for so long and also given the extra boost she got from attending Interlochen, Friedman decided to major in music at college. But something went wrong – she found it more and more difficult to keep up, and she felt that for all her practicing she was getting worse, not better. She knew that university was meant to weed out those who couldn’t “make it,” but she’d never expected that she’d be one of those weeds. “Every hour of every day was a countdown to my weekly private lesson. I would start to feel nauseous the night before,” she writes. Before the end of her first year, she quit the music program and stopped playing viola, and transferred to another university for the rest of her degree as an “ordinary” person.

When she quit viola, writing moved in to fill the gap. She travelled abroad and wrote about her experiences, and published her first book at age 26. She thought she was on the upward track, and quit her job to write full time and be supported by her husband. She realized, however, that she had fallen into the same trap that she had with music: she had early success and was good at it, and assumed her trajectory would continue to be upward, without factoring in the possibility of setbacks. Setbacks like a divorce, and the need to make money to pay her taxes and live in New York.

As she thinks about “what it means to endure as an artist,” Friedman decides to get in touch with her old friends from Interlochen twenty years later to see what they’re up to – if they’re professional artists or if they’ve become something different after their teens. Of the eight people she connects with, she finds the following:

I found this book interesting because I used to play several musical instruments, but I don’t play any of them anymore.

I started playing piano when I was a kid, and the local music teacher taught me everything she knew then recommended I go to a more professional teacher in the big city. So we drove to Edmonton every Saturday so I could have lessons with this well-known piano teacher. Mostly I remember that she had two pianos in the practice room, so she could play along with me or play bits of pieces so that I could hear how they should sound. I also remember her playing different chords – a minor seventh, or a major fifth – and asking me to identify them by ear (I was terrible at this). I came to her with a patchy music education, and always felt like the weird kid from the sticks. I ended up doing my grade 8 and 9 piano exams but then I quit – I felt like piano just wasn’t fun anymore. My teacher told my parents she was disappointed that I quit, as I had talent. I just wish she’d told me that instead of hammering into my head everything I didn’t know.

I also played French horn for a while – taking lessons from a friend of my sister (she was a musician so knew where to find a good teacher). I played in our school band and ended up playing in youth orchestra, and while it was fun for a while I felt it was starting to take up too much time.

So I quit French horn and I started playing viola. Yes – just like Friedman. I picked up viola in high school and took lessons with one of the violists from the Edmonton Symphony Orchestra. She was a really good teacher and I enjoyed the music. I went to university and majored in Geography, but played in the university orchestra for my first year of university. I had to put the viola down as I had a heavy course load that didn’t allow for the required practice time to stay in orchestra, but then I joined a community orchestra that practiced once a week and did the occasional concert. I think that was what I enjoyed the most – playing in an ensemble and hearing everyone make such beautiful music together.

The community orchestra was the end of my musical career, however. I got more into science and research, and I had no time for music anymore. But I still have my viola and most of my piano books. I even have my metronome – a gift that I take with me everywhere we move, regardless of the fact that I never use it. Part of me would like to play piano again, just for the sheer joy of playing Hanon’s scales and finger exercises, but I’m not sure my hands would cooperate. I have a colleague who is close to retirement who still plays piano, and I envy her the time she takes to practice and take lessons for her hobby. As Friedman writes, “If creativity is essentially being present and focused on a task, then the key is simply to protect as much time for it as we can manage from the various distractions in our busy adult lives.”

I recommend this book not only because it’s well written, but it’s also wide-ranging in its treatment of artists as supposedly singular minded people and what it means to be creative. Friedman does a good job of interrogating her own misguided ideas about what it means to be an artist, and provides a lens through which the reader can come up with their own ideas of what creativity and the arts mean to them.

2 thoughts on “The Music I Left Behind”