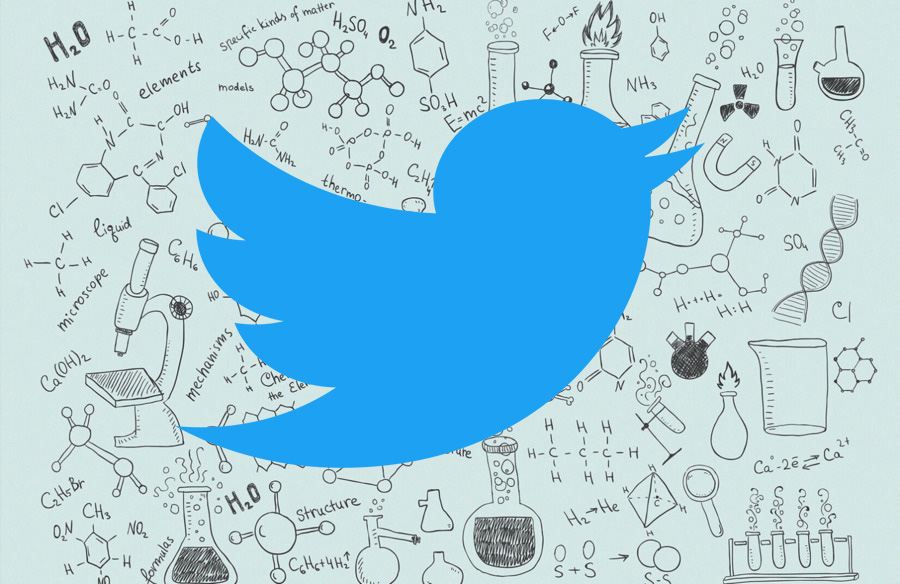 One example I used last week was a paper on scientists using Twitter by Coté and Darling, published in FACETS journal on June 28, 2018.

Their paper answers the question: when scientists use Twitter, are they merely talking to other scientists, or are they sharing their science with a broader audience?

Coté and Darling reference several other articles about scientists using Twitter, including “Should You Be Tweeting?” by Bonette (2009), in which the author talks to various scientists about how they use Twitter to disseminate their research, stay up to date on research in their field, and communicate from conferences, and a paper by Bik and Goldstein (2013) about scientists using social media in general, including blogging, RSS feeds, Tumblr, Pinterest, Facebook, Twitter, etc.

Coté and Darling note that:

” papers that are tweeted about more often…accumulate more citations (Eysenbach 2011; Thelwall et al. 2013; Peoples et al. 2016), and the volume of tweets in the first week following publication correlates with the likelihood of a paper becoming highly cited (Eysenbach 2011).”

Their study, however, focuses specifically on what audience scientists reach when using Twitter. This is an important question, because in science communication we always want to know who our audience is. Coté and Darling aim to figure out just that using a robust and replicable methodology.

Does Twitter provide a platform that allows scientists to simply promote their findings to other scientists within the ivory tower (i.e., “inreach”), or are tweeting scientists truly exploiting social media to potentially reach new audiences (“outreach”)?

They studied scientists who tweeted largely about science and who were faculty members, so that tweeting was considered outside of their day job. They drew these scientists from an online list of ecology and evolutionary biology (EEMB) researchers which has ∼450 members and provided a good sample of tweeting academics. They used a sample of 110 people from this list, who had a range of followers – from under 500 to over 1000.

They determined the “reach” of each of these scientists by determining the number of followers of each follower, using the professional social media marketing company Nuvi.com. Each follower was then classified into one of 10 “types,” for example “outreach organizations (museums, aquariums, etc.),” “applied science organizations (e.g., conservation agencies),” “media,” “government,” or “general public.”

On average, academic scientists with more than ∼1000 followers had more non-scientist than scientist followers

Tweeting academic scientists have more followers who are scientists than who are non-scientists.

They do provide a few caveats, however:

So if you’re a scientist, having read Coté and Darling’s science behind “outreach” and “inreach” via Twitter, does it make you want to join Twitter if you haven’t already? Does it motivate you to try and obtain more followers to move more into outreach than inreach? Do you feel more positive about using Twitter when you have evidence like the results of this paper to guide you? Would you check out the other references in the paper to get a more comprehensive view of how Twitter helps scientists connect with each other and stay on top of current research? Or do you think social media is still a waste of time?