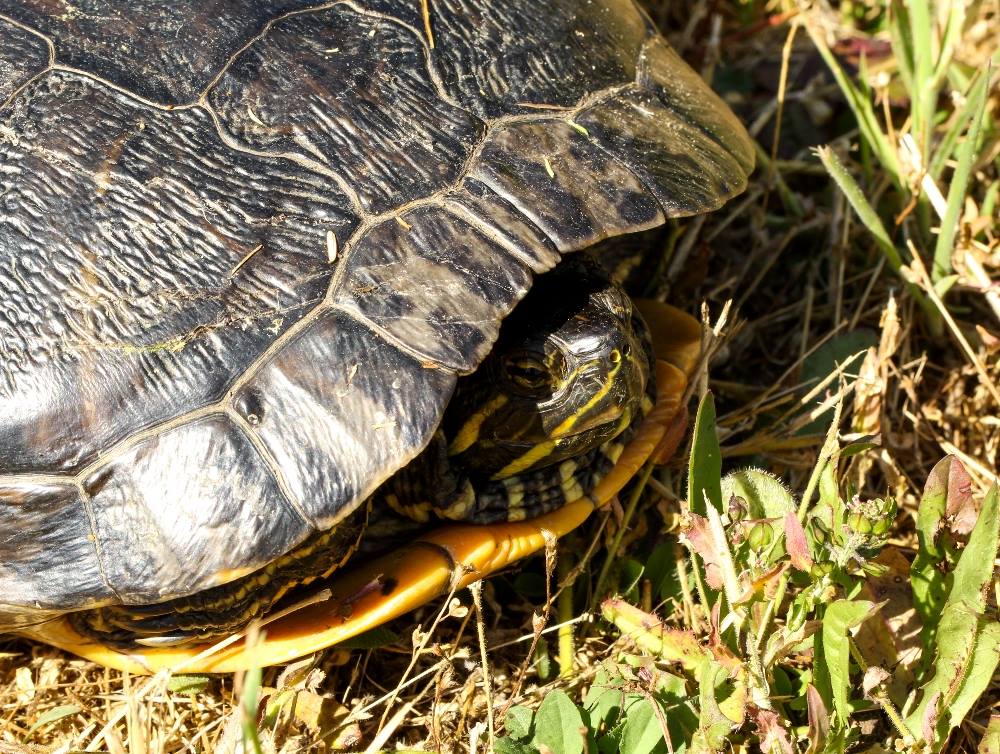 I didn’t attend my PhD convocation.
I barely finished the degree itself, as I was struck by a deep depression in my last year of research. This was exacerbated by my family doctor prescribing an antidepressant that had seriously unpleasant side effects, which she then suggested I stop taking immediately. The withdrawal symptoms lasted for months and made me feel as though I had the flu, while every day the depression got a little worse.
We retreated back to Vancouver Island, the place we always run to when we feel like we need to go home. I finished my thesis from afar, piecing together the final (unpublished) chapter while also piecing my life back together. Gardening, walking, sewing, and thesis writing.
We drove back to Edmonton for my defense, which I managed to pass, even though the wife of one of my committee members had been taken to emergency that morning, and he took his fear and uncertainty out on me by asking increasingly ridiculous questions, to the point that other committee members were rolling their eyes. (This is the side of academia nobody sees – the exams behind closed doors, where faculty members can misbehave as badly as they’d like and no one will call them on it.)
My supervisor went to Antarctica immediately after my defense, so I had to wait several months to do my revisions and have them approved and signed off on. Once I submitted, I bound a copy of my thesis for my supervisor, and then I was gone. I still haven’t bound a copy of the thesis for myself, though I did recently manage to find a place that would do it.
So when a movement started on Twitter for women to claim their PhD’s and call themselves “Dr.,” I was intrigued and conflicted at the same time.
I’ve always been ambivalent about my PhD. I don’t know if it’s because it was so hard to finish, or if it’s because I have an innate dislike of titles. My family places a lot of emphasis on status – whether that’s a PhD, a position as a foreign diplomat, or a medical position. I’ve always rebelled against these external labels of accomplishment, preferring instead to make my way without the advantages that such labels confer. In a thesis defence, for example, the external examiner ignored me completely until he discovered I had a PhD from the University of Alberta. Then he was suddenly quite chatty and pleasant. These are the advantages I’m talking about.
When I actually sat down and thought about it, though, I realized that I didn’t feel I deserved a PhD. I felt that calling myself “Dr. Boon” was egotistical. I had to work so hard to finish it that I wondered whether I was even cut out for academic science. It didn’t help when I asked my supervisor for ideas about postdoc positions, and he said “oh, I thought you were just going to be a science communicator.” (Which, by the way, had been my original plan. I was going to do an MSc and then get into writing. But the MSc turned into a PhD, and, and, and…) Well, the joke’s on me, now that I *am* a science communicator. But the implication then was that being a scicommer was somehow “less than” being an academic.
I was bullishly obstinate and determined to prove my supervisor wrong. However, I didn’t capitalize on the prestige of having a PhD from a top-notch Canadian university. I never sat down and thought about academia as a career path and weighed the pros and cons, though I know my husband and I struggled with the dichotomy of wanting to live in a small town but knowing that most academic positions were in large cities. I never thought about what academia would ask of me – demand of me, even. I didn’t take the time to imagine what work would be like every day, and what I would do over an entire academic career. I didn’t even think about what might go wrong.
Just goes to show that proving someone else wrong is never a good reason to make a decision, and obstinately trying to go it alone without taking advantage of your credentials now seems like a strange way to build a career.
Though I’ve been out of academia for six years now, it wasn’t until this Twitter campaign that I began to interrogate my personal assumptions about having a PhD and using the title that goes with it.
I realized that I was short changing myself. I did all the heavy lifting, and I’m an expert in my thesis topic (plus a number of other topics that I’ve worked on since then). I realized that *not* claiming my doctorate was akin to negating a part of myself, to trying to hide rather than celebrate my accomplishments. Why would I do that? Because I was ashamed that I had failed, given that I’m no longer an academic. And because I don’t want to be a tall poppy,

“where people of high status are resented, attacked, cut down or criticised because they have been classified as superior to their peers.”

I didn’t want to set myself apart – I just wanted to be an ordinary person. But I didn’t allow for the fact that being ordinary can include having a PhD, and that a PhD can be relevant even outside of academia. I let other people’s perceptions (that using your title is pretentious and insecure, or even arrogant) dictate how I reacted to my own, personal accomplishments.
So I joined the #ImmodestWomen of Twitter, all of whom were proudly flying their Dr. flag, and I tweeted:

I've been following this Twitter movement of women using their academic titles (i.e. Dr.) and being called arrogant etc. I decided to join in and celebrate my achievement; I got my PhD in 2004 after 5 yrs of hard work + 1 mental breakdown. I'd say I've earned the title "Dr."

I was (pleasantly) surprised at the response. I think this was my most popular tweet ever, with 11,000 impressions and 220 likes. This is a lot for a small potatoes person like me! I also ended up with a few more followers, and part of me wonders whether that’s because my credibility has increased by re-claiming the title of “Dr.”
Not everyone will agree with me, and that’s fine. But I feel liberated, in a way. I feel like I can now own a 5-year period of my life that I previously rarely talked about (unless I was talking about Arctic fieldwork, as that was my favourite part of my degree). I feel like my degree is integral to what I do today: science writing and editing. While I’m no longer an academic, I am still – and will always be – a Dr. And that’s something I should be proud of.
BTW – the featured image for this post is a painted turtle that laid eggs in our backyard. What a beauty!

9 thoughts on “On Claiming Your PhD”

The joy of ice crystals.

Did you know that ice #crystals have different forms depending on the atmospheric temperature? Solid plates or prisms, whereas columns, stellar plates, needles and dendrites form under depending on the temperature. #MOSAiCexpedition #Arctic #icedrift #science
📸 Hannes Griesche