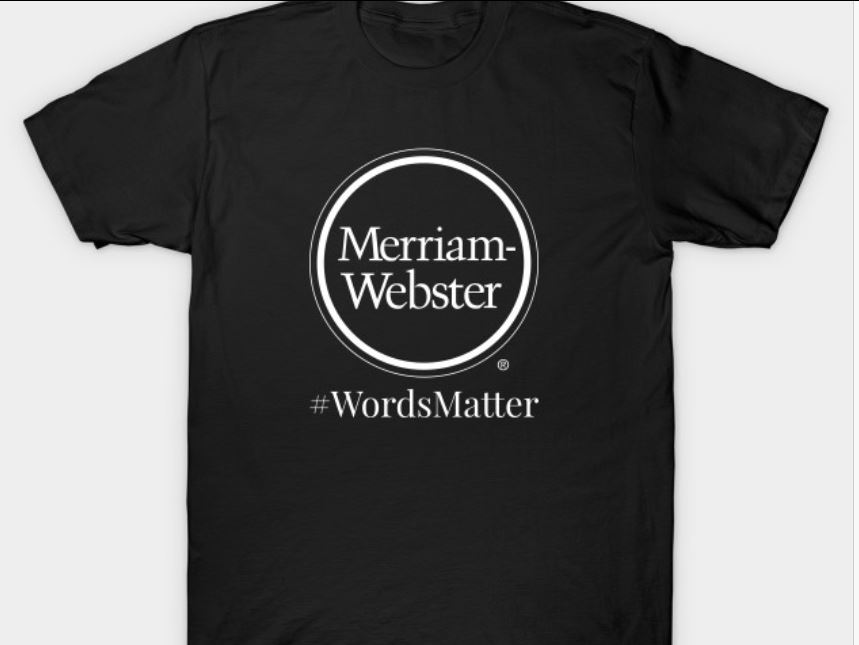 “the use of appropriate skills, media, activities, and dialogue to produce one or more of the following personal responses to science (the AEIOU vowel analogy): Awareness, Enjoyment, Interest, Opinion-Forming, and Understanding.”

Many science journalists identify more with the “journalism” aspect than the “science communication” aspect.
Knowledge Translation (KT)/Knowledge Mobilisation (KMB)
I used to (naïvely) believe that science communication and knowledge transfer (KT; also called knowledge mobilisation (KMB), among other terms) were the same thing. Then I had an in-depth conversation on Twitter with a KMB expert (among others), and I learned the differences between the two.
According to this paper, KMB is “a dynamic and iterative process that includes synthesis, dissemination, exchange, and ethically-sound application of knowledge” to connect with communities and help them use that knowledge.
To me, KMB sounds similar to participatory research, or what Mary Ellen Hannibal calls in her book Citizen Scientist: Searching for Heroes and Hope in an Age of Extinction, “extreme citizen science.”
As I wrote in my review of the book:

“So-called ‘extreme’ citizen science (also called ‘co-creation’) is when a researcher actively works with a specific group to shape a project. The importance of co-created projects is that they “fundamentally question what science is, who gets to do it, and what it is for.” When working with First Nations, it “serves as a form of environmental justice and a way to heal from colonization.”

Iteratively designing a research project to incorporate the needs of the community, then working to ensure research outcomes are made accessible to that community and that they can use them to improve some aspect of their community is a good example of KMB at work.
Science Literacy
One thing science communicators/science journalists et al. are aiming for is improved science literacy.
For those who use this term, the Canadian Council of Academies defines scientific literacy as:

“[having] both (i) “a basic vocabulary of scientific terms and constructs,” and (ii) “a general understanding of the nature of scientific inquiry” (Miller, 2004).”

I’ve written previously about whether or not we should use this term, and have concluded that it’s not well-defined and can be elitist by suggesting a divide between people who can understand and apply science, and those who can’t.
It’s also not clear that science literacy actually increases people’s ability to make science-based decisions. In some cases, for example, they may just become more polarized in their personal views. Other studies suggest that, after reading “popularized articles addressed to a lay audience,” people feel more (some would say over-) confident in their ability to judge scientific claims.
During the Sackler Science Communication Symposium last month (which I wrote about here), Neven Hristozova differentiated between “science” literacy and “scientific” literacy.

Science literacy is knowing scientific facts. Scientific literacy is understanding how the science method works, but not necessarily know many/any science facts. It's being able to use sci logic to reach conclusions when provided with all the data necessary. Many ppl can't do it.

I almost wonder if we should pursue "scientific receptivity" as a goal instead. (I used to think "scientific awareness" was a decent precursor to "scientific literacy" but then again maybe that shouldn't be the end goal.)

The same symposium generated this quote from Susan Scrimshaw:

To effectively communicate research, pay attn to culture and language (your own and others)! ~Susan Scrimshaw #SacklerSciComm

This led Cami Ryan to coin the phrase “cultural literacy,” or understanding the culture in which you’re communicating science. This is critical because connecting to your audience requires an understanding of their culture.

So important. We should focus our scicomm efforts on "cultural literacy" rather than "science literacy". #sacklerscicomm https://t.co/dwXdDFtjnz

This is complementary to suggestions like this one from Kristen Landreville, saying that the public doesn’t need science/scientific literacy, they need media literacy so they can parse the key facts out of what they’re presented every day by various media sources.

#sacklerscicomm Susan Scrimshaw: Media literacy is essential. We need to know how people interpret #SciComm thru a media literacy lens. –> Finally, someone has explicitly mentioned the importance of MEDIA LITERACY. Thank you!

As Caren Cooper writes, the ideal approach would be to combine science education with media literacy education (teaching the “ability to access, analyze, evaluate and create media in a variety of forms”).
When we talk about science literacy, we’re connecting to other terms such as cultural and media literacy. Science can’t be discussed in a vacuum, but is a product of culture and is interpreted via media.
Science Culture
Now that we’ve established that science literacy (or whatever term we prefer) is tied to culture, we can talk about science culture. This is a term used by the Canadian Council of Academies in their report on Canadian science culture. They define “science culture” as follows:

“a society has a strong science culture when it embraces discovery and supports the use of scientific knowledge and methodology. Such a culture encourages the education and training of a highly skilled workforce and the development of an innovative knowledge-based economy.”

Even this definition has a lot of jargon—especially the last phrase: “innovative knowledge-based economy.” Do people who are interested in and read about science really think about our economy? As Jeremy Kerr and Jim Woodgett write,

“decisions about whether Canada will embrace research as a priority investment depend on whether Canadians believe that research matters to them.” (emphasis mine)

I think part of the difficulty of building a science culture is that we have to bridge the gap between science and everyday life. Too many people think science happens outside of society, outside of everyday life. Only when we can demonstrate that science is all around us, that almost everything we do or use has a scientific basis, can we hope to build a strong science culture. One where people see science as infused into our lives. And this is more likely if we expand the focus of our science outreach programs to go beyond just getting kids excited about science, and get adults excited as well.
Audience
These are the targets of our science communication/science journalism work, and most science communicators will tell you that knowing your audience is one of the most important aspects of the discipline. But it can be tricky both defining and labelling your audience.
At its most basic, your audience is the public. But as we know, “the public” is really composed of groups of individual people (i.e., “publics”). So when you say your audience is the public, that can include scientists and non-scientists, specialists and non-specialists, laypeople, adults, children, other communicators, etc.
Science communication must be tailored to each individual public to have any chance of success. But how we label those publics can have unintended consequences. For example, labelling the audience as “non-scientists” or “non-specialists” is quite othering, as it sets up a dichotomy between those who are in and those who are out (non-). I’ve also seen the term “normal people” used to describe the target audience. Which opens a whole other can of worms, as it suggests those who know science are “ab-normal!” The most common and least problematic term seems to be “lay audience” or “laypeople.” I’m not a fan of it because it sounds jargony, but it seems to be the best we’ve come up with thus far.
We also want to make sure we don’t end up focusing all of our science communication energies on a small subset of “publics.” For example, as I noted above, we regularly target children with science focused activities, but we rarely encourage adults with similarly targeted activities.
Engagement
This is just one of those words that pops up a lot in science communication, and which my Science Borealis colleague Robert Gooding-Townsend rightly flagged as “vague and buzzwordy.”
I realize I use it a lot (as do many other science communicators), but when I sit down to think about what it means, I’m not entirely sure. According to Merriam-Webster, “engagement” is the act of being “engaged.” And “engaged” can mean “greatly interested.”
But how do you determine if someone is “greatly interested?” Can you tell by body language or facial expression? Are there metrics you can apply (surveys, questionnaires, etc.) to determine how well you’re doing on the engagement front?
Science communication requires some kind of metrics to determine its impact. If engagement is your goal, you’d better figure out how you can measure it (any tips welcomed!).
Perhaps you don’t really mean engage – you mean involve, instead. Involvement could be easier to assess: is the target audience participating in key activities? Are they asking questions, generating new ideas, etc.? This is a good sign that people are involved in your science communication.
Real World
In science communication, sharing academic science results with the public is often phrased as taking ideas into the “real world.” This isn’t just a science communication term—it’s a term used a lot by people who usually want to differentiate between life in a university and life outside of it (i.e., in the “real world”).
As Todd Pettigrew writes:

“The implication is that, at best, education is an ethereal paradise where no one has challenges or stresses or the difficulties that one encounters in actual reality. Or, worse, that education is a waste of time—because nothing you learned in that cushy little classroom means anything out here where things get real.”

In my mind, there’s no logical distinction between the academy and the rest of the world. Everywhere is the real world. Different places have different work cultures, but that applies not just to the academy, but to private sector and/or NGO workplaces. While some people talk about “real world” applications of their research, I prefer to use the term “applied research” or “on-the-ground applications” of research.
I’m sure there are more terms I haven’t touched on here that would be interesting to think about in a science communication context. If you have any ideas, please leave them in the comments!
Note: Featured image is the t-shirt I just bought from Merriam-Webster!

On this #BCBookDay, consider joining the @bcyukonprizes. A mere $25 gets you a ... year's membership in the society that runs and awards the province's top literary prizes. Details and registration: https://t.co/mI2Mblq2Xi