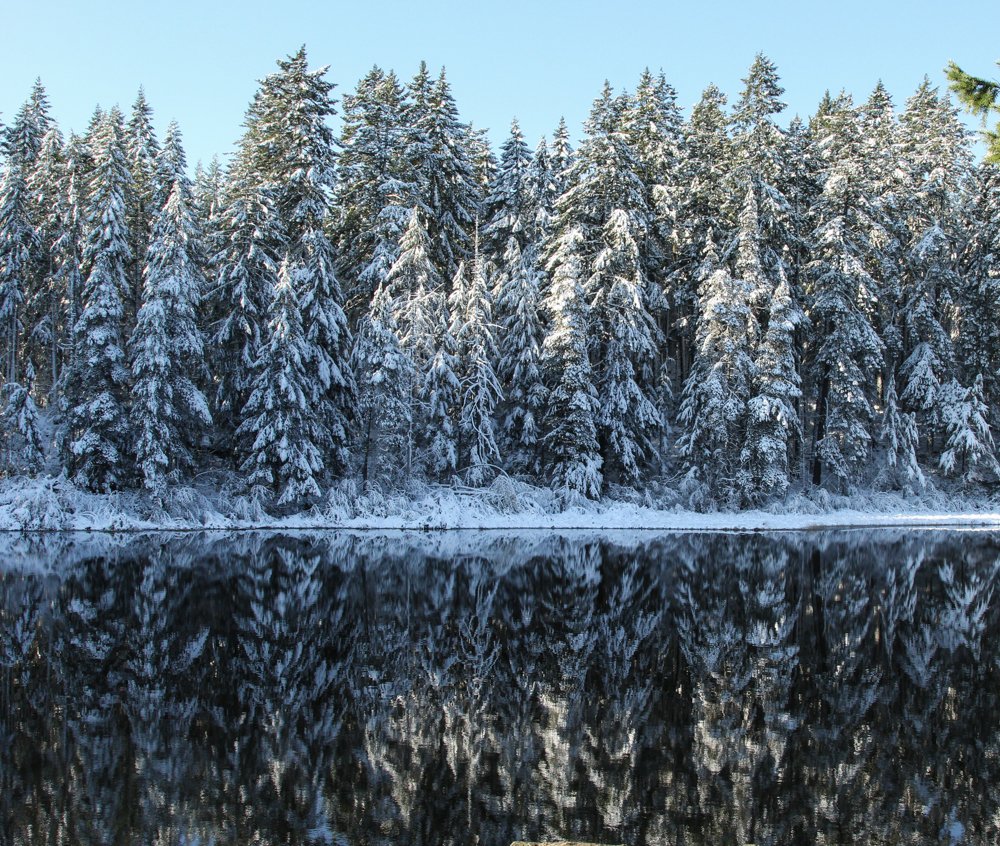 We are living in the Anthropocene epoch.
A report published last week by the US government would seem to confirm that. They found that climate change has caused a 1°C increase in global average temperature over the past 115 years;the last three years have been the warmest on record for the planet since record keeping began, and have featured “record-breaking, climate-related weather extremes;” global average sea levels have risen by 7-8” since 1900, with 3” (almost half) of that rise occurring in just the last 24 years; and extreme events are increasing: heavy rainfalls are increasing in intensity and frequency, and heatwaves are increasing in frequency and duration.
The report also includes an interesting chapter on “compound extremes and tipping elements.” It basically says that we don’t fully understand how feedback loops in the climate system, as well as tipping points (where we shift abruptly from one state to another), will respond to climate change. However, the consensus is that they will “accelerate human-induced climate change and even shift the Earth’s climate system, in part or in whole, into new states.”
So where do we turn to when faced with the inevitability of climate change and its impacts not only on our environment, but on our political and social systems?
To literature—specifically interviews with two leading authors in the fields of nature writing and climate fiction.
—
The first interview is with Barry López, a nature writer (though he hates that terminology) who has been writing for 50 years.
Surprisingly, I haven’t yet read any of López’s books, though Crossing Open Ground and Arctic Dreams are both on my bookshelf. What drew me to this interview with him was a combination of the title: On the Edge, Calling Back, and the interviewer’s (Patrick Pittman) summary of what López writes about:

“How do people imagine the landscapes they find themselves in? How does the land shape the imagination of the people who dwell in it? How does desire itself, the desire to comprehend, shape knowledge?”

López describes his writing style as exactly the type that I’m drawn to—and that I try to write myself:

Pittman talks to López about his advanced prostate cancer and the list of thing he wants to accomplish before his life is over. But in the face of this personal expiry date, López and Pittman also talk about the current environmental and political situation, and how a writer exists—and what they write—in the face of this impending doom. As López notes,

“I’ve entered a period in my life where I think so much of what I’ve seen and celebrated has been pulverized…We know that human life all over the planet is seriously threatened by global climate change, ocean acidification, methane gas coming out of the tundra. We know all of these things, and it doesn’t seem things will go well for us.”

But he is philosophical, somewhat relaxed. He has managed to balance the personal with the political:

“Matters may be urgent, but the things that matter…against the impossible stakes of the planet’s own entropy — home, comfort, community — are timeless.”

López has thought hard about his legacy, and “find[s] [himself] less and less confident about what is ethically right for [him] as a writer.” He has refused to write about certain indigenous rituals, or to provide locations for certain indigenous places. He understands that there are some things we don’t need to know, that we don’t always need to feed our voracious thirst for information.
López ruminates on how writers are expected to address these uncertain times:

“What is it that we’re supposed to be doing now? We’re all reporting on dire straits, and is that what we should be doing? I just don’t know. It’s much more complicated than it was thirty or forty years ago…I said to a friend the other day — [on] that question of, What are we supposed to be doing? — and what I said was, “To comfort the wounded and undermine the strategies of the selfish.””

These days López is interested in conversation, in people being able to access his papers at Texas Tech University—along with the papers of Elizabeth Kolbert, Bill McKibben, David Quammen, and others—to see how they discuss and share ideas about writing and the environment.

“At this point in my life I’m…interested in talking to other writers who work in the world that I do — Elizabeth Kolbert, Bill McKibben, David Quammen…A scholar could…[read] not only manuscripts and notebooks — all my field notebooks are there — but they can also [go] through reams and reams of what these people were writing to each other, and that speaks perfectly to…the communal effort.”

But López is adamant that, rather than more storytellers, we need more stories, as these are what will galvanize people into environmental and political action in their own daily lives.

“Traditionally storytellers in traditional societies are just another person in the community. The storyteller isn’t what we need, what we need is the story…[if] the story or the talk in front of a group of people is structured properly, people will recall what it is they mean by their lives, and if they do that then they’re prepared to take that next step in their own imaginations.” (emphasis mine)

—
The second interview I read also drew me in with its title: Angry Optimism in a Drowned World—A Conversation with Kim Stanley Robinson (KSR). The author, José Luis de Vicente, talks to KSR about “reflections from a science-fiction angle on the scenarios posed by climate change and the defence of the imagination to help find real solutions.”
The first book I read by KSR was his latest—New York 2140. I was hooked. Not only does he incorporate the latest knowledge and research about climate change, economics, and architecture, but he is an astonishing writer, developing compelling storylines and multifaceted characters that keep you reading while you’re also learning a new worldview. After reading NY2140, I moved on to 2312 and Aurora. There are still many more on my to-read list.
KSR is the classic climate fiction (clifi) writer. His books are based around changes to the Earth system and how people weather them/live through them, and how we end up colonizing the space system as well. He’s thought a lot about the Anthropocene, not only in terms of how writers can address it, but in terms of how it affects society.
On the rise of the word Anthropocene, KSR worries that we’ve lulled ourselves into a false sense of security, that we’ve accepted the terminology and just moved on, rather than fully absorbing the seriousness of it:

“I worry that we’ve already swallowed the idea of the Anthropocene and stopped considering the importance of it; the profound shock that it should cause has already been diffused into just one more idea game that we play.”

He explicitly points to the linkages between the environment and the capitalist system, how capitalism operates independently of environmental systems and is thus anathema to taking any action to protect the environment:

“Nobody can afford to volunteer to be extra virtuous in a system where the only rule is quarterly profit and shareholder value…The market can say: “It doesn’t matter what else is going on, it doesn’t matter if the planet crashes in fifty years and everybody dies, what’s more important is that we have quarterly profit and shareholder value and immediate return on our investment, right now.” So, the market is like a blind giant driving us off a cliff into destruction.”

KSR links the definition of the Anthropocene to this capitalist ethos, saying that the push for unfettered growth will be limited by climate change, thus creating a crisis that can’t be solved just by more market expansion:

“…another definition for the Anthropocene…[is] that moment in which capitalist expansion can no longer expand, and you get a crush of the biophysical system – that’s climate change – and then you get a crush of the political economy because, if you’ve got a system that demands permanent growth, capital accumulation and profit and you can’t do it anymore, you get a crisis that can’t be solved by the next expansion.”

When asked what writers should do in the face of the Anthropocene, KSR equates literature to spirituality:

“It’s been my project my whole life to think that literature in particular, but all the arts, are there to give us visions that try to tell us what human life means. In a world without God and any other kind of immediately provided comprehension of what we are doing in this universe, art is what does that. Literature, for me, creates meaning and tells us how things feel.”

—
Barry López and Kim Stanley Robinson are two very different writers—one writes almost anthropological books about people in today’s world, particularly indigenous peoples. The other writes about people in future worlds, dealing with the problems that today’s world has wrought.
But they are both thinking about where we are at now: the Anthropocene, the point of runaway climate change. They consider the fact that we exist in an environmental system that is connected in ways we have yet to discover, and that will respond to environmental change sometimes unpredictably.
Both authors would agree that, in the face of these large-scale challenges, the small-scale virtues of home, community, and comfort are “timeless,” as López says. If you read KSR’s books, you’ll find the main characters gravitate towards these same things: home, community, and comfort.
And both feel that literature and stories are critical in this time of immense change.
I’d have to agree with that—stories are how we make sense of the world, and as it changes around us we’ll need those stories even more, to help us understand what’s happening, and to provide guidance in how to deal with it. We could do worse than turning to our writers for help.