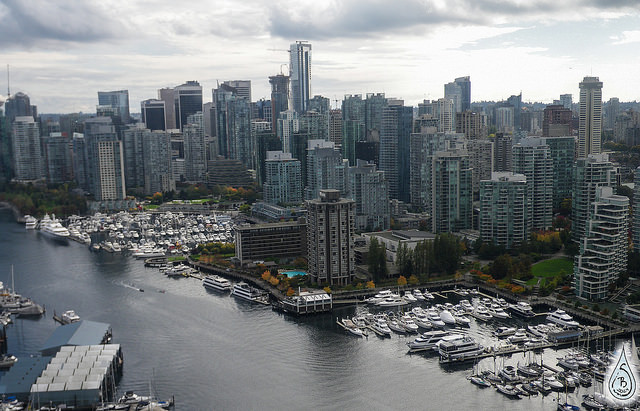 …but wait. Given their divergent views on communicating science, would they even hang out with each other? What’s the backstory behind this relationship?
This is the quandary that both the Canadian Science Writers’ Association (CSWA; now Science Writers and Communicators of Canada (SWCC)) and the National Association of Science Writers (NASW) in the US have been dealing with for the past several years.
Both CSWA (SWCC) and NASW were formed originally by science journalists. Canadian science journalists were initially members of NASW, through an official Canadian section that formed in 1961. CSWA (SWCC) was officially created in 1970, with a constitution that specified that journalists be majority Board members:

As for nominating people to the Board,

“a Nominating Committee [will consist] of four members of whom two are practising and/or professional journalists. The Past-President [also a journalist] shall be the Chair of this committee.”

These details around the founding of CSWA make it abundantly clear that the organization was originally intended to serve science journalists. They were the main source of public science information at the time and were closely tied to government science, which meant they were able to report on scientific breakthroughs in a timely fashion. It made sense that they would create their own organization.
Times have changed, however. CSWA now has over 350 members, and celebrates its 47th birthday in just a few weeks.
Science journalism is no longer limited to newspaper format, though The New York Times, Washington Post, and The Guardian all have excellent science journalism. Digital journalism beyond the newspaper format is becoming more popular, including magazine-quality outlets such as Hakai Magazine, Undark, Fivethirtyeight, New Scientist, Scientific American, bioGraphic, The Revelator, and others.
At the same time, a new type of science communicator has emerged. These new communicators share science with the public not via journalism, but via a range of other approaches such as blogging, science art, engaging kids in science activities, creating content for scientific companies, technical writing, and more.
Science communication is no longer limited to writing, although science journalists have been known to say they’re not communicators, they’re journalists. As the CSWA itself wrote in April 2016,

“[our members] move back and forth between public and private organizations, traditional media, websites, Facebook and other places where they have to demonstrate and use a variety of communications skills.”

To be more welcoming to science communicators, the CSWA decided to change their name to SWCC, and to change their constitution so that anyone—journalist or science communicator—could serve on the Board. This effort hit many roadblocks and caused a lot of internal strife. While the name has now been changed and the new constitution ratified, deep divides remain, and some journalists are no longer members of the new SWCC.
Unfortunately, many journalists feel that including science communicators waters down the quality of the organization. The suggestion is that science communicators aren’t as ethical as science journalists, who are steeped in ethics in journalism school.
The problem, as journalists see it, is that many science communicators are doing promotional work on behalf of a particular group. For example, Public Information Officers (PIOs) at universities promote the work done by their scientists. According to science journalists, this lack of objectivity makes them unethical—and makes it difficult to believe they can contribute to a group founded on the principles of journalist ethics and integrity.
What’s ironic, however, is that many of those who call themselves journalists didn’t go to journalism school, and assume the journalist mantle without having done the training. It doesn’t mean their work isn’t as good—it’s definitely high quality. But it would help if, when pushing for journalistic ethics, they were clear that they learned them the hard way—on their own.
There’s also the fact that journalism is subject to its own ethical failures. Case in point is Canadian Geographic, which regularly ceded editorial authority to the oil and gas industry.
Also, PIOs and other science communicators who promote specific organizations know they’re biased, and don’t claim to be objective. If they did, that would be unethical. But since they don’t, what’s the problem?
For example, I write a series profiling Canadian women in science for Canadian Science Publishing’s blog. My latest post features Dr. Tara Macdonald, President of Biologica Consulting in Victoria, BC. According to a science journalist, my writing isn’t real journalism because I write from the perspective of my interviewee, and I don’t interview her colleagues or students to get an alternate perspective. While I fact check key points told to me by my interviewees, I’m mainly interested in sharing their career path and their perspective on being a woman in science. I don’t sell my series as journalism, and readers understand that.
Regardless of these issues, I still think that science communicators and science journalists can find common ground. We all have similar goals, which is to share science with the public to the best of our ability.
Someone recently asked me what the benefits are to joining the SWCC. At this point I’m not sure, as we’ve just elected a new Board (that actually has two representatives from the West!), and the name and constitution change are still relatively new. SWCC has to grow into its new role, and figure out how best to serve its diverse membership.
What I will say is that the 2017 Ottawa conference held a few weeks ago was a roaring success that sold out, which suggests that the new name and constitution may be drawing a broader crowd than previously. We’re in the process of organizing the 2018 SWCC conference, which will be held in Vancouver on April 12–14 (with a field trip by seaplane to Victoria), and hope to similarly galvanize science writers and communicators on the west coast.
Right now, the future seems bright, and may bring science journalists and science communicators together to have a drink at the same bar.