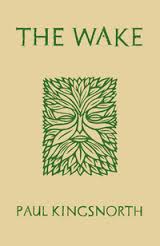 Better late than never, right?
This past week I’ve been out riding my bike on the local rail trail, and it’s been smoky from the BC wildfires the whole time. Sometimes it smells as though they’re right here, that the flames must be licking at the forest just a few hundred metres away. But we have no fires—thankfully—despite the ultra-dry conditions. Just a blood red sunset, and a hazily orange full moon.


This week our linkfest is mainly about Paul Kingsnorth, as several articles by/about him came up in my reading this week. I also had a great piece by Patti Smith about Sam Shepard, but ran out of space so will just put a link here for you (beware, once you read it you’ll never want to write another word, because you’ll despair of ever achieving the writing greatness of Patti Smith).
But first…
Science blogging book review

I submitted my review of Science Blogging: The Essential Guide back in June, so it’s nice to finally see it in print. I thought it was a good book, and it’s what prompted me to start these Wednesday link posts.
I particularly appreciated Janet Stemwedel’s chapter on the ethics of science blogging. As she says: 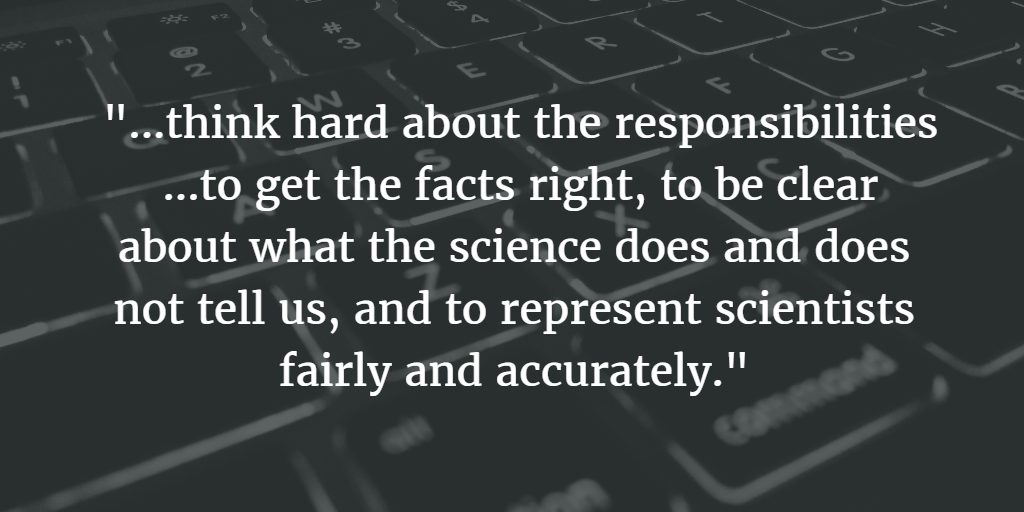 I found the book was “like taking a masterclass with the giants of science communication, as it distills their best science blogging tips and ideas into a manageable form that will help you make the most of your science blog.”
I enjoyed the next book I reviewed even better. That was The Science Writers’ Handbook, the review for which I submitted last month.
This book is divided into three sections: (1) science writing skills, (2) life as a science writer, and (3) the business of science writing. It includes numerous references to concrete examples from the authors’ own experience, neatly linking theoretical concepts to actual events. Each chapter ends with a helpful summary of key topics from that chapter. There are a ton of useful resources in information boxes throughout the book: example pitch letters, making a reporting plan, story anatomy, how to measure your success, work–life balance, and even “the introvert’s survival guide for conference cocktail parties.” Finally, there’s a list of resources for each chapter at the back of the book.
I’ve already used tips from The Science Writers’ Handbook to answer ethics questions (both mine and others’), and to pitch to new outlets. And hurrah for me—I got two new assignments out of it!
Paul Kingsnorth – founder of The Dark Mountain Project and ‘dark ecology’

As I mentioned above, Paul Kingsnorth has been dominating my reading this week. I read his book, The Wake, and really enjoyed it. Even now, over a year later, I can still mentally place myself in the setting of the book, where outlaw Britons evade the invading French by travelling unmarked trails through the fens and bogs, and where the main character’s devotion to the old gods of the land makes him practically mad.
Kingsnorth was a tireless environmentalist, until he found himself disillusioned by the limited impact he felt he had on the major changes taking place in our natural environment. He discovered the poetry of American Robinson Jeffers, who lived on the wild west coast of the US. (Note Jeffers was also influential with other men of his era, including Ansel Adams, John Steinbeck, Joseph Campbell, Ed Ricketts, and Ed Abbey). Partially in response to Jeffers’ poetry, Kingsnorth defined his own philosophy called ‘dark ecology.’
Here is Kingsnorth’s piece on Dark Ecology in the winter 2012 issue of Orion Magazine. He talks about how the writing of Ted Kaczynski (yes, the Unabomber) resonated with him—mainly the problems associated with technological society and our need to distance ourselves from it. He talks about our loss of “autonomy, freedom, and control.” I think he’d have a good time chatting with Matthew Crawford, who wrote The World Beyond Your Head and Shop Class as Soul Craft.
Kingsnorth centres his essay around the lost art of using a scythe, and explains that he runs workshops on using it and how it can reconnect you with the landscape. Based on his lessons learned from scything (and his reading), he calls out neo-environmentalists like Peter Karieva, who are all about ecosystem services and putting a dollar value on nature, and who say there’s no “real” nature anymore because everywhere on earth is affected by humans. Given the rise of neo-environmentalism, Kingsnorth predicts that our future will look like this:

“a strange and unworldly combination of ongoing collapse, which will continue to fragment both nature and culture, and a new wave of techno-green “solutions” being unveiled in a doomed attempt to prevent it.”

What can we do instead? Kingsnorth has five ideas.

Kingsnorth also talks about scale, which I think sows the seeds of the article that he published on LitHub just last week.

“There is always change, as a neo-environmentalist would happily tell you; but there are different qualities of change. There is human-scale change, and there is industrial-scale change; there is change led by the needs of complex systems, and change led by the needs of individual humans. There is a manageable rate of evolution, and there is a chaotic, excitable rush toward shiny things perched on the edge of a great ravine, flashing and scrolling like sirens in the gathering dusk.”

Paul Kingsnorth: “The problem is not the thing that is big, but bigness itself.”
Following on from Kingsnorth’s 2012 article that mentioned scale…
Earlier this week,  Kingsnorth published an article at LitHub (one of my dream outlets to write for—and yes I have a pitch in progress but am afraid to submit it). He talks about the ‘cult of growth,’ how we’re fixated on unchecked growth as an indicator of a strong economy. Ultimately, he says, we’re actually in the midst of a collapse of this system of infinite growth, as things have grown beyond the scale at which they can be realistically managed. He talks about banks, the European Union, corporations, and the human economy—all of which have become so big that they threaten to overwhelm not only themselves but also democracy, while taking the planet with them.
It’s a fascinating read in which Kingsnorth brings in Leopold Kophr, who wrote in his 1957 book, The Breakdown of Nations,

A lot of what Kingsnorth writes—sparked by Kohr’s vision—is highly applicable today. We think we’re profiting from economies of scale, but we see more contamination in our global food chain than we would if buying (or growing) locally, and many of our local stores have been subsumed into super-stores (WalMart, Home Depot, Rona, just to name a few). People are looking for a closer connection with their community, and ‘bigness’ doesn’t do the trick. In Victoria, for example, people work on ‘placemaking’ projects, where they engage with their local community (small scale, manageable size) and shape public spaces into something that suits their community, rather than having corporations from outside make those decisions. Kingsnorth declares that Kohr’s “crisis of bigness” is upon us,

“instead of growth serving life, life must now serve growth, perverting the very purpose of existence.”

This essay is actually an excerpt from Kingsnorth’s latest book, Confessions of a Recovering Environmentalist and Other Essays.
Paul Kingsnorth and the Ecocide
Finally, we encounter Kingsnorth again in an essay by High Country News editor-in-chief Brian Calvert.
Calvert discovered Kingsnorth’s writings in 2013, at which time Kingsnorth—founder of The Dark Mountain Project—was calling himself a ‘recovering environmentalist’ (also the title of his new book). Calvert decides to take a Kingsnorth workshop as he tried to come to terms with “climate chaos, mass extinction, and the collapse of civilizations.”
To that end, Calvert flies to the Spanish Pyrenees to figure out how to manage “grief in the age of ecocide.” The rest of the article is about what he did at that retreat.
I had a few problems with this article. First was that Calvert flew from Colorado to Spain for the retreat. That had to rack up some serious carbon usage. As he describes the retreat, it sounds like a bunch of guys trying to make life meaningful again by doing Qigong, meditating, and eating healthily. Though he only rarely mentions attendees name or gender, I somehow got the impression there weren’t any women there. I felt disconnected from the story Calvert was telling, and I was disappointed with Kingsnorth for making money off this type of event, and with Calvert for being sucked into it.
Still, Calvert realizes some of the irony, especially when he writes

“I come from a culture of takers. No white male, certainly not from the American West, can claim otherwise.”

And I wonder too if this is partially the point of the article, that when we read about people purposefully making space for nature, it sounds hokey because we just don’t do it anymore. Maybe if we did make space for nature in our everyday lives, we’d do a better job of looking after it. Of preserving its integrity and beauty.
Calvert goes to the retreat because he envisions a somewhat sci-fi future, similar to Kingsnorth’s vision:

“the takers’ mentality runs through the environmental debate, too, and now we face the prospect of their bright-green vision, a dying world where humans have mastered, godlike, the technologies of dominion: massive solar arrays, geo-engineered shade, gleaming hydroponic cities and sweeping fields of mono-cultured soy—the output of a cultural algorithm that has been running thousands of years, a system of consumption and motion that will do anything to keep its wheels turning.”

By the end of the retreat, Calvert seems more hopeful. He suggests that bearing witness to our changing world requires not only that we grieve, but that we are aware of the beauty around us, whether that’s in the natural world or in human actions.
Kingsnorth summary
I’m intrigued by Kingsnorth’s ideas, and by Calvert’s thoughts in relation to those ideas. I, too, believe that we as individuals need some sense of autonomy, freedom, and control. And that we have a responsibility to use our freedom for the environmental good: maintaining key ecosystems, doing social work that matters, sharing our thoughts with others.
But I feel like this is a male-driven movement. Kingsnorth reads Jacques Ellul, D.H. Lawrence, C.S. Lewis, Ivan Illich, Robinson Jeffers, Ted Kaczynski, E.F. Schumacher, and Leopold Kophr. He sets himself up in opposition to Peter Karieva (though he does briefly mention Emma Marris as a neo-environmentalist). Even Brian Calvert writes,

“There was a clear connection between Jeffers and the environmental movement—a bright shining line of well-meaning white guys stretches from Abbey to Muir to Thoreau and on back to the Romantics.”

Where are the women who have influenced Kingsnorth’s thinking? Where are the stories of women who have withdrawn from the world, and followed Kingsnorth’s five ideas? Even The Wake focuses on key male characters—the female characters are mere props.
Until I hear Kingsnorth expound on the revelations he’s gained from reading Robin Wall Kimmerer, Katherine Dean Moore, Terry Tempest Williams, or many other women, I’ll create my own version of ‘dark ecology.’ And it just might bring in a little more light.

3 thoughts on “Wednesday on the Web – 9 Aug edition”