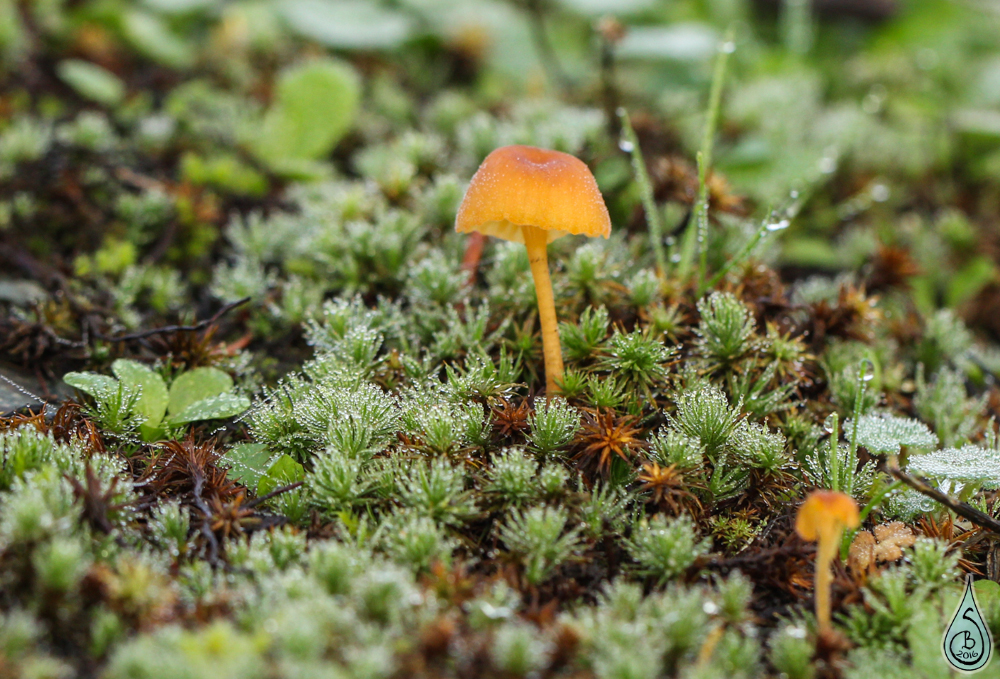 This summer I was worried about drought. About the ability of the greatly diminished Cowichan River to support the fall Chinook salmon run. These worries seem silly now that the winter rains have arrived, with a record 27 days of rain in October. A sodden procession of greyness and damp.
This is the land of extremes.
The grasses on the bedrock outcrop in our front yard have gone from their rusty, golden, dry June hue to vibrant green. Green against the fluorescent moss that coats the rock, offset by the dull brown stems and caps of a myriad of Lilliputian fungi. The same moss covers the road at the back of our acreage, waterlogged by runoff from the neighbour’s property at the top of the slope. Here the fungi are resplendent in their red and orange tops, encrusted with cream-coloured spots.

Last week we visited Skutz Falls on the Cowichan River for the first time since the end of the drought. Where we had previously seen exposed concrete fish ladder structures stranded in low, placid river flows, with no sign of migrating salmon, the water was now raging. The fish ladders were enveloped by cascading flows, clogged with logs and debris from upstream. At the river margins, Chinook salmon crowded against each other, flopping in the roaring water. Every so often a brave soul tried to make its way upstream before falling back with the current, exhausted.

The noise and tumult was exhilarating. We had to yell to be heard over the rushing rapids, over the bellow of a river in full flood.

In a recent review of Barbara Hurd’s Listening to the Savage, Alexis Paige shared this quote from the book.

“If, as the ancients say, careful seeing can deepen the world, then careful listening might draw it more nigh. The eyes, after all, can close at will; we can avert a glance, lower the gaze, look elsewhere. But the ears, those entrances high on our bodies, doubled, corniced, aimed in opposite directions, can do nothing but remain helplessly open.”

Growing up in a small town in northern Alberta, I used to practice using my ears instead of my eyes. I’d wait at a crosswalk and listen for cars, forcing myself to step out into the road without looking. Trusting only the signal of sound.
In northern BC I listened to the dogs at night. A cascade of barking, from one yard to the next and then the next, told me something was out there. A fox, a cougar, a bear – travelling through the neighbourhood, I tracked its progress by the increasingly distant echo of each backyard dog.
These northern locales held different extremes. The hot summers and bitterly cold winters of my childhood. The buggy springs and freezing rain winters of northern BC.
Here on Vancouver Island the extremes are dry and wet. This year we went from the third summer drought in a row to one of the wetter Octobers on record. We need the rain, we tell ourselves. But secretly we long for a few more of those hot, dry, blue summer days.
It’s hard to remember what one extreme feels like when you’re stuck at the opposite end of the spectrum. Some days it feels as though it’s always been dark, damp, and rainy, though I know there have been sunny days between showers. Days I take advantage of to get out in the garden and tidy up the slowly decaying perennials of summer.
The key is to listen. Not to that part of you that says this extreme will never end, and that there were never brighter, happier, drier days. But instead to acknowledge the small voice that reminds you of sunshine and blue skies, a mind and body eager to start the day, the brave flutter of salmon swimming against the current. And to fully absorb and appreciate the sounds of winter: geese passing overhead, ducks splashing and squawking raucously in the freshly-filled marsh at the bottom of the property. Owls hooting at bedtime, hopefully hunting local rabbits. The rain on the kitchen skylight and the wind howling around the window frames.
All too soon it will be summer again, and we’ll be wishing for rain.

1 thought on “Listening to winter in a land of extremes”