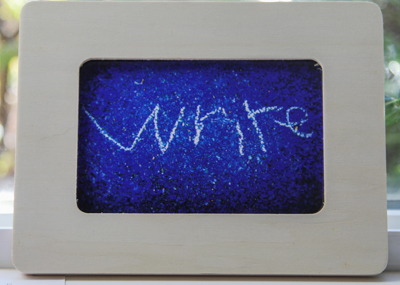 The week before last, I had a guest post on the Creative Nonfiction Collective Society’s blog. I’ve hesitated to post it here, but am not really sure why. Perhaps because it’s a bit different than the usual posts I write here? Or perhaps because it’s one of the more personal posts I’ve written in a long time? At any rate, I’ve finally decided ‘what the hell,’ and am sharing the post here.
It’s actually more relevant to my readership than I give it credit for, because it revolves around the difficulty writers have with actually performing the task of writing. Of putting words down on the page. Just this morning there was a post on an editors forum I belong to, from a writer/editor asking how forum members deal with procrastination. Well, my article might help with that a bit. Particularly the second half, where I get into the details of writing by your own rules.
“As a child I wrote stories in booklets made of scrap paper haphazardly stapled together, a combination of words with crayon illustrations that made for a colourful—if not entirely comprehensible—storyline. By the time I was ten I fancied myself a journalist, pounding out short news articles on my dad’s old typewriter, covering the big events of my childhood: the crash of the space shuttle Challenger, or the malfunction of West Edmonton Mall’s Mindbender roller coaster.
Writing came easily, and it was fun. But all that changed as I grew up. I began to wonder if there was some formula that I could follow to make me a real writer. Some never-shared secret, locked away in the private notebooks of the successful writers I read so avidly.
To my surprise, I discovered that writers tend to share advice freely, and that the secret to joining their ranks isn’t that secret after all. The rules are there, clearly and consistently laid out in memoirs, books on the writing craft, and blogs. The only thing that’s required is that we follow them.”
Read the rest here.

On walking at night https://t.co/zHYWL8p87I