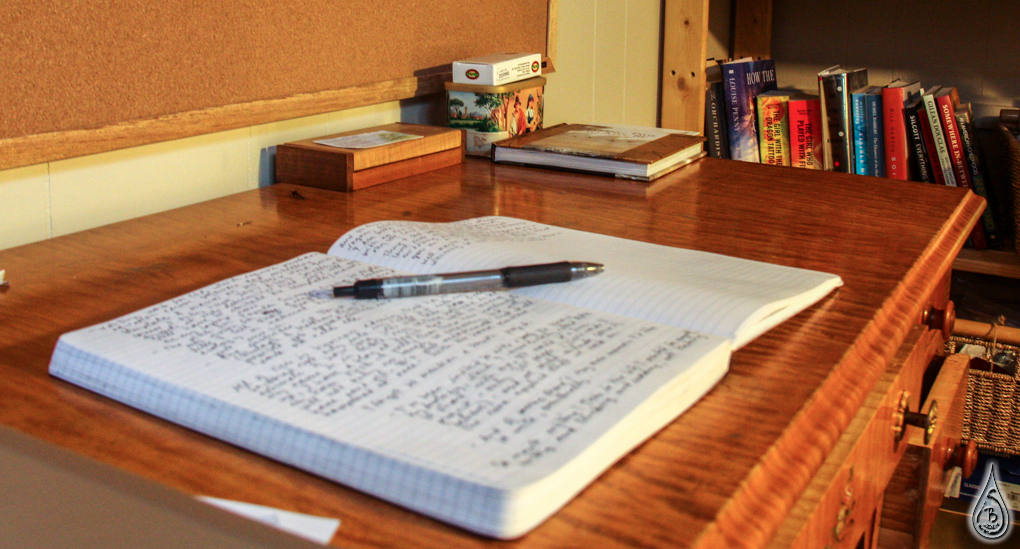 Consider all the losses that occur without our notice. The friend who stops calling, and you only realize six months later that you haven’t heard from them in a while. The bird that no longer overwinters in your yard, but you only notice the second winter it fails to appear.
Lately I’ve been reading about a different kind of loss – the loss of words. In his latest book, Landmarks, Robert Macfarlane unearths a treasure trove of nature-related words used in local dialects across the UK and beyond to describe the intricacies of local geography, place, and natural phenomena. He notes, however, that these words see less frequent use these days, disappearing not just from our language, but from our understanding: they have little context in our current culture.
While pursuing these disappearing words, he alerts readers to the 2007 removal of words pertaining to nature – bluebell, acorn, heron, to name a few – from the Oxford Junior Dictionary, and their replacement with more tech-related words like broadband, voice-mail, and blog. He argues that their removal – and the loss of nature words in general – is problematic not just because they reduce the role of nature in language, but because – in the absence of appropriate language – we cannot precisely describe and define place.
Some people argue that, because language is always evolving, dictionaries must reflect that evolution through the words they choose to include. Indeed, dictionaries serve almost as historical documents, revealing the slow progress of language in step with culture. But by replacing these nature-related words, rather than just augmenting them with tech-related words, the dictionary creators remove our recognition of the importance of these words to everyday life. They suggest that nature words are no longer relevant to our culture and our understanding.
The End of Absence, a new book by Michael Harris, suggests that my generation is the last who will know what life was like both before and after the internet – before and after the constant connectivity of online life, and the constant use of the words that Oxford has added to the Junior Dictionary. Following generations will only know life after the internet, where you can always connect with someone or something virtually – no matter where they are.
With the continuous stimuli of this internet connectedness, it’s even easier to suffer loss without realizing it. The loss of a rootedness in the here and now: a disconnection from place. The loss of awareness that last week was a new moon, and in two weeks it will be a new moon. The smell of damp earth after a downpour. The arrival of the first spring blooms and birds – and their departure in late fall and winter. The loss of words we didn’t even know existed to describe all of these phenomena, all of these flora and fauna, from which we’ve become disconnected.
Instead of being disconnected, many people (for example David Roberts, now at Vox) have considered becoming unconnected. Putting away the cell phone and internet, and thinking more about both the world around us and the words we use to describe and explain it – to ourselves and to others.
I first got a smartphone when I was a prof. I needed it to keep in touch when I was away at conferences or in the field, to make sure I didn’t lose ground in the never-ending battle to keep up with the academic Joneses. It became a habit to pull it out while waiting in the car or sitting in a restaurant. To see what I was missing – to line up what I had to respond to when I got back to my desk.
But after having to leave academia, I didn’t need a phone because I hardly left the house. I didn’t have anyone to ‘keep up’ with because there was no competition. I also found the constant online activity both mentally draining but highly addictive – a dangerous combination for my condition. I cancelled my phone, and we dropped down to just one smartphone in the house – which we cancelled last week.
As a result, I feel like this is the first year I’ve really noticed the slow and steady onset of spring. The progression of various blooming shrubs and the return of birds, the changes in weather and the lengthening of days. I’m trying to better identify the birds that call our acreage home, and am planning a garden of plants adapted to the local microclimate. I read more books, and I have more ideas.
I’m not saying I’ve sworn off technology entirely. I just don’t carry it around with me. There is space for seeing and thinking away from that online connection – and space for sharing those thoughts and observations via that online connection.
Bruce Chatwin’s The Songlines describes how the Aborigines of Australia sing the land into existence. Without the words to do so, how will we sing our land into existence, or even help it maintain its current state? Without the words to describe what we see and experience in that natural world, how will we share it via our online connections, and help others to care about it as well?
As Dezene Huber and Margo Farnsworth both argue in their excellent posts about the loss of nature-related words, we need these words not just for the sake of an interest in nature, but for conservation and for the future of nature itself. The loss of nature words may seem insignificant, something we didn’t even notice until several years after it had happened. But the ripple effects are ongoing.

2 thoughts on “On loss, language and nature”