My sister recently asked me if there were any books I’d recommend to a friend of hers who was moving to Inuvik. Books about the north – fiction of nonfiction – so she could find a window into this new land she was about to inhabit.
Books are a way to familiarize ourselves with landscapes and peoples, whether we’re moving to a new place, are planning to visit, or are just seeking a perspective on a different way of life. It got me thinking about the rootedness of Canadian writing in place, and I pictured a web of books stretching across the country, characterizing different regions of Canada to those who had never been there and wanted to visit vicariously. 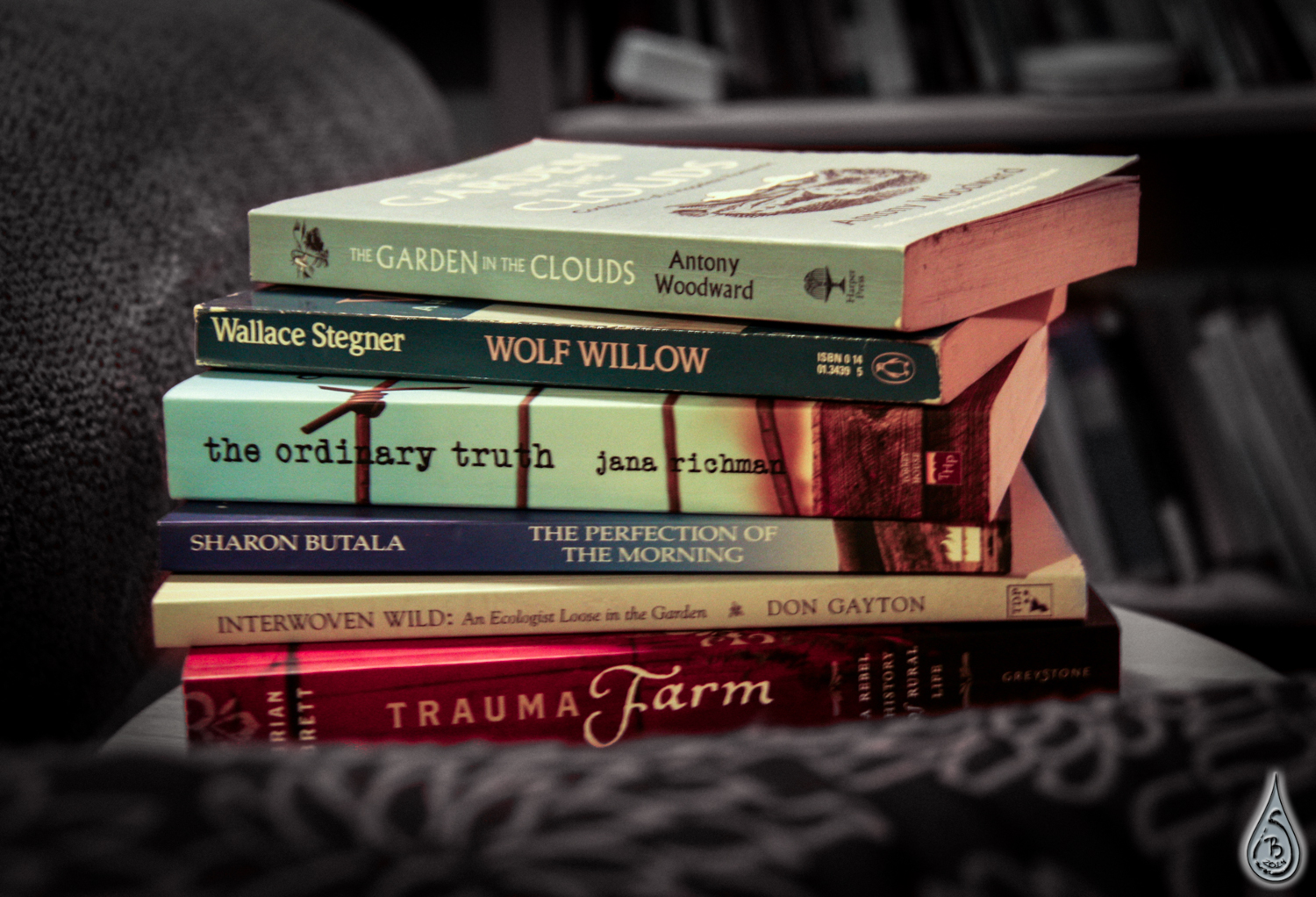 I started the web at my Vancouver Island home and worked eastward and then northward, drawing on my mental and physical library of Canadiana – with all the gaps and oddities that includes, of course. I don’t pretend that all of these books are great literary feats – in some cases, their best feature is the sense of place, and the rest is somewhat incidental. But there are gems here that you wouldn’t want to miss – and books I’ve forgotten or don’t even know about, that you’re going to tell me about in the comments.
Here on Vancouver Island my first choice to sink you deep into Island culture and history is Jack Hodgins’ Spit Delaney’s Island and Bill Gaston’s Sointula. If you prefer nonfiction, try Des Kennedy’s books. A former Jesuit priest turned Denman Island hippie, gardener, novelist and nature writer, Kennedy captures the essence of Island life and the landscapes that feed that culture. For a broader coastal view that ranges from Vancouver to Haida Gwaii, a fun read is Bruce Burrows’ mystery The River Killers, all about the iconic west coast salmon and the intricacies of the internal workings (or failures) of Canada’s Department of Fisheries and Oceans (DFO).

From the Coast we move inland, to Chris Czajkowski in the northern Interior, making her home in an inhospitable wilderness and inviting us in to experience it, too. There’s Somewhere In-Between, a novel by Donna Milner that is at its best when it roots the reader in the cultural (think Tim Horton’s) and physical landscapes of the Chilcotin plateau. Drifting down to the southern Interior, I recommend Don Gayton – a transplanted Saskatchewanian who explores the ecology and natural history first of the Kootenay area, and then of the grasslands and deserts of the Kelowna region. Speaking of the Kootenays, Katherine Gordon has compiled a compelling portrait of the Slocan Valley that reveals the linkages between geography and history in a region known for its (in)famous characters. And for more personal reflections on place in the West Kootenay region, try Luanne Armstrong’s The Light Through the Trees, set just north of Creston in southeastern BC.
As we cross from BC into Alberta, the Continental Divide is an obvious landscape feature that begs to be explored. Try Karsten Heuer’s Walking the Big Wild, Chris Townsend’s High Summer and Sid Marty’s Men for the Mountains to explore this rocky spine. To really get into the spirit of the place, go farther back in history to the early explorers of the area who published their experiences at the turn of the century, like Stutfield and Collie’s 1903 book Climbs and Exploration in the Canadian Rockies. 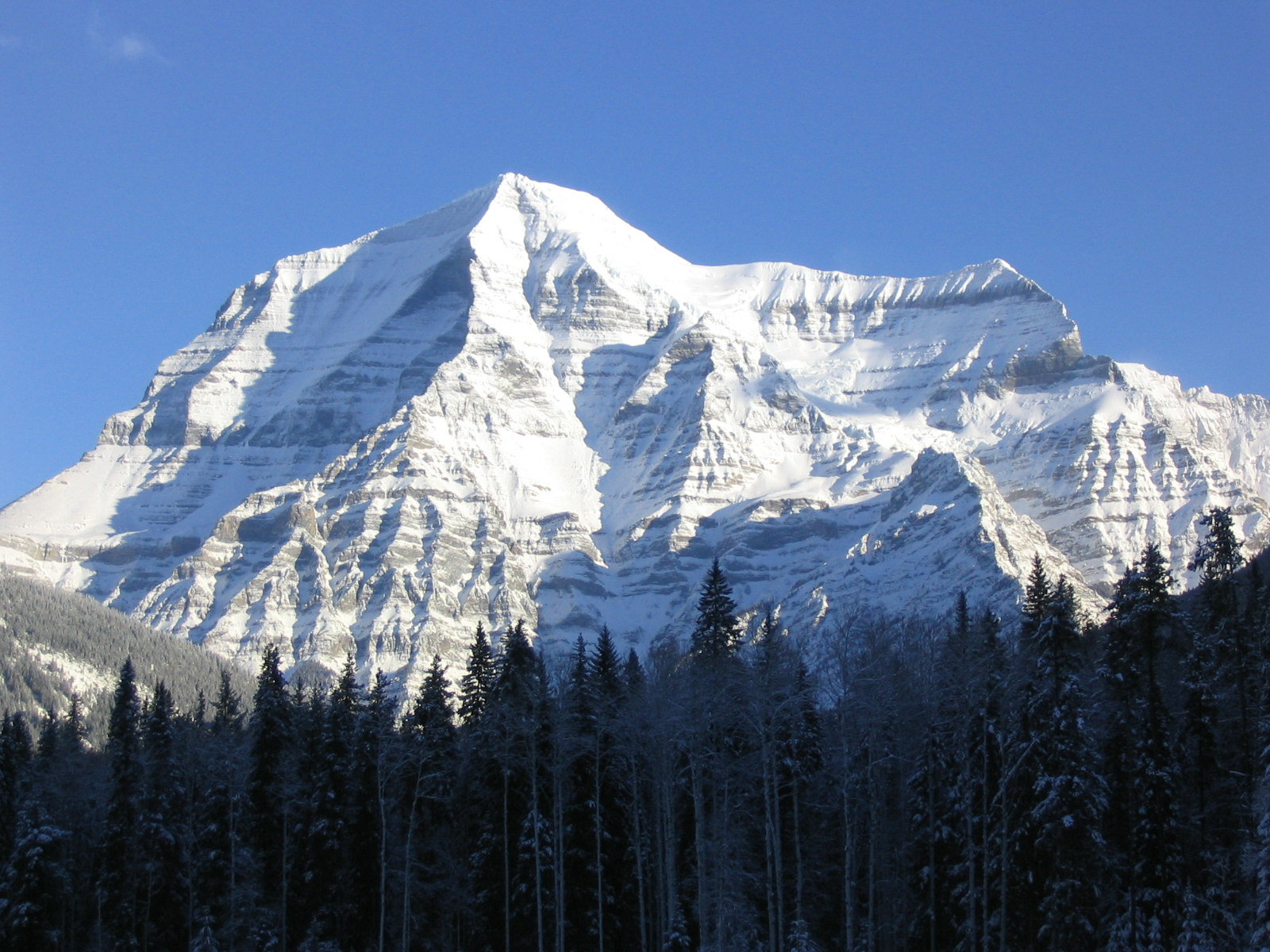 Sliding down the Eastern Slopes of the Rockies and into Alberta, we’re confronted by Aritha van Herk – a true ‘maverick’ Alberta writer, and Todd Babiak’s The Garneau Block, which roots the reader firmly in the landscapes of Edmonton. Farther north, Dave Hugelschaffer brings us the life of a wildland fire fighter in the boreal forest with the Porter Cassel mystery series, exploring the intrinsic connections between landscape and wildfire. At the far southeastern corner of the province, Wallace Stegner’s Wolf Willow is a lyrical blend of history and fiction that distills the essence of the Cypress Hills area – a rare glacial refugia on the Prairie – into one awe inspiring book.
From the Alberta prairies, we hardly notice when we cross the border into Saskatchewan. Here Sharon Butala can connect us best to the landscape – both through her non-fiction (The Perfection of the Morning, Wild Stone Heart) and her fiction (The Garden of Eden, Luna, The Fourth Archangel). Then there’s Trevor Herriot, whose River in a Dry Land explores the soul of Saskatchewan through a natural history of the Qu’Appelle River Valley – winner of a number of awards for first time authors. In fiction, we have Rudy Wiebe and Guy Vanderhaeghe, bringing the unforgiving summer heat and bone chilling winter cold into their work for decades. 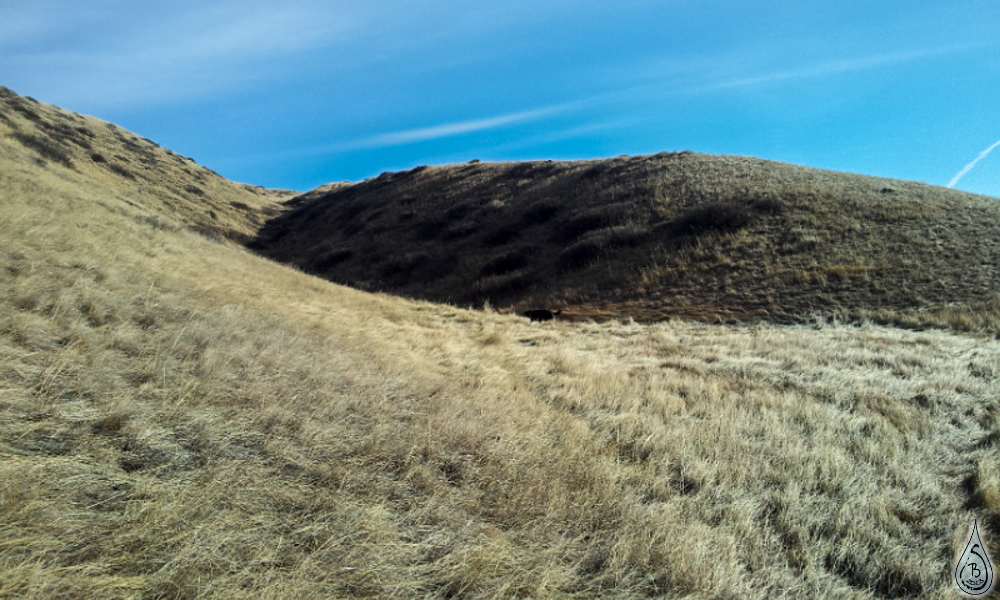 Manitoba – well, I just discovered the Carol Shields lived in Winnipeg for 20 years, and her book Larry’s Party is based in that city. And Margaret Laurence’s fictional town of Manawaka was modelled after her hometown of Neepawa, Manitoba.
From (my) sparse literary landscape of Manitoba we move into a province engrossed with its own landscape and the culture that has built up around it: Ontario. Ontario is the land of the Canadian Shield, of summers at the lake cabin and cold winters in the city. Of paintings of the iconic northern Ontario boreal forest by Tom Thomson from the Group of Seven. Jake MacDonald’s Houseboat Chronicles perfectly captures the development of a writer in this unique landscape, while Roy MacGregor explores the landscapes of Ontario in many of his books. Joseph Boyden in both Three Day Road and Through Black Spruce captures the landscape from a First Nations point of view, which is fairly different from the way the ‘traditional’ Canadian writers see it. From Margaret Atwood to Stuart McLean, Canada’s writers can be an Ontario-centric bunch.
Onward and eastward, to Québec – a civilized bastion of Europe amidst what some consider the crass westernism of North America. Louise Penny’s Inspector Gamache series of literary mysteries is a perfect introduction to both the rural charm and urban sophistication of Québec, all in marvelous writing style.
The character of the land – and the people – changes as you head to the Maritimes: Prince Edward Island, Nova Scotia, and New Brunswick. David Adams Richards guides you through the blue collar wilderness of the Miramichi watershed in New Brunswick in Facing the Hunter, while Beth Powning introduces the reader to the different moods and landscapes along the Bay of Fundy in Seeds of Another Summer, her natural history of rural life in New Brunswick. By far Canada’s most iconic author is LM Montgomery and her long-running Anne of Green Gables series. Set in bucolic turn of the century PEI, it encompasses a range of pastoral and oceanside landscapes to bring its characters to life. From Nova Scotia, you can pick up the epic novel Fall On Your Knees by Ann-Marie MacDonald, set in Cape Breton but ranging all along the eastern seaboard. I’m short on books from Nova Scotia, so readers – please fill in the gaps!
Our tour of the southern half of the country ends on the other quirky coast, in Newfoundland and Labrador. A region whose landscape was made famous by E Annie Proulx’s The Shipping News, but is even better represented in Robert Finch’s The Iambics of Newfoundland and Jessica’s Grant’s sadly funny novel Come Thou Tortoise.

As we head to northern Canada, the tales become more severe, the landscape more stark. Elizabeth Hay’s Late Nights on Air is set in Yellowknife and captures the essence of northern life. Aritha Van Herk’s Places Far From Ellesmere links the remote Lake Hazen plateau to a life ‘down south’ emphasizing the scale of our vast country. Jerry Kobalenko’s adventures across the frozen north will introduce you to the landscape from a completely different (high adrenaline) perspective. Then there are the tales of Arctic explorers, collected in Pierre Berton’s The Arctic Grail, which explores how geography both helped and hindered those early visitors who hoped to claim our northern reaches for England, Norway, and other countries. 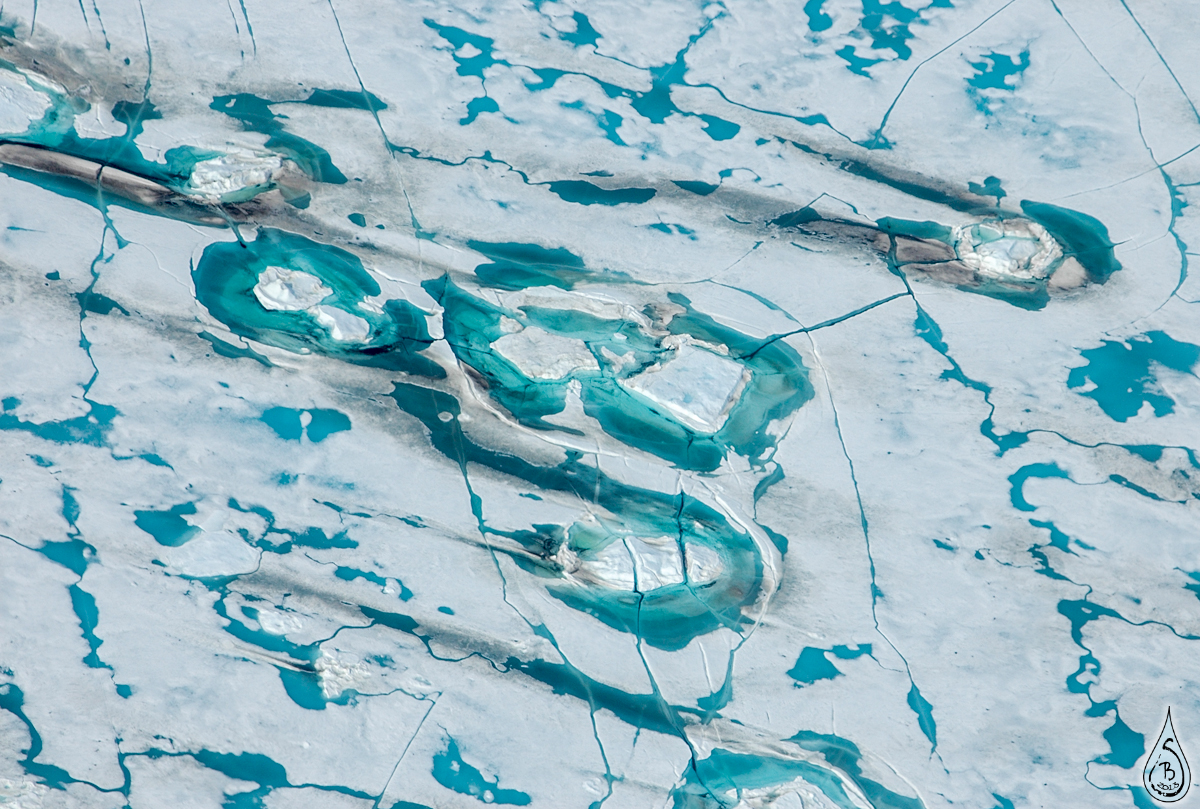 Unfortunately I’m short on books from the Yukon – more suggestions, please! Perhaps we can go back to Karsten Heuer, but this time read his Being Caribou: Seven Months on Foot with an Arctic Herd.
The diversity of our country provides us with unique landscapes you can explore for decades and still not tire of them. This is just a taster, a teaser, a virtual cross Canada tour, that hopefully spurs you to read more about our country and immerse yourself in its landscapes from coast to coast to coast.

6 thoughts on “Rooted in Place: A literary tour of Canada’s geography”