Regular blog followers may have noticed that I haven’t written much about environmental issues lately. It’s not that I’ve stopped paying attention to them, but that their weight on my spirit was becoming almost unbearable. I felt burned out by the continuous bad environmental news coming from governments at all levels, and it hasn’t really improved in the meantime.
A few examples – by no means an exhaustive list…
We have the de-listing of humpback whales as a threatened species, which is apparently based on scientific evidence BUT has some serious long term policy implications re: the Northern Gateway Pipeline (NGP) proposal. Then there’s the environmental assessment of the NGP project itself, which was pilloried for all it left out as opposed to the little it included. There’s the hearing process for the Kinder Morgan pipeline, which left out many key stakeholders including the US EPA and 27 BC climate experts who had concerns about the climate change aspects of pipeline expansion in the west. There’s the ongoing problem with recovery plans for species at risk, which are required by law but are overdue in 85% of cases. Then there’s the Fisheries Minister’s approval of fish farm expansion along the west coast – contrary to the recommendations of the 2012 Cohen Commission on Pacific Salmon to which – incidentally – the government has never officially responded!
At the provincial level, we have the BC government quietly changing the rules to allow development in BC Parks (so much for ‘super, natural, British Columbia’), and their rapid push to develop both liquefied natural gas (LNG) reserves (much to the chagrin of First Nations groups) and hydropower with the Site C Dam proposal (the latter despite having no regulatory or environmental approvals). In the Yukon, the government basically trashed a deal for conservation in the Peel Watershed that had been ironed out between key stakeholders over a seven-year period. Instead of going with the 55% land preservation the process had agreed upon, they decided that 71% would be open to development! And not to forget the eastern part of the country, where one example of many is the Newfoundland government’s major investments in the Musktrat Falls hydro project, despite the known drawbacks of hydropower (methane emissions, flooding of cultural- and resource-rich lands) and the possibility that a bigger problem is lack of power grid maintenance rather than actual generating capacity.
This image I ran across on Twitter seemed to sum it all up: 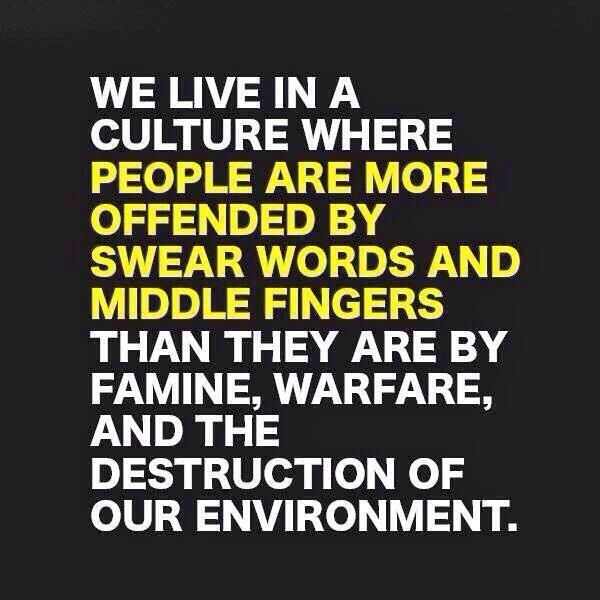 Then I read Karsten Heuer’s ‘Walking the Big Wild’, about his 1998 trek from Yellowstone in Wyoming, all the way north to the Yukon. Now dubbed the Y2Y Initiative (follow @Y2Y_Initiative on Twitter), Heuer documented the types of animals (wolves, bears, wolverines) travelling this natural migration corridor, and tried to determine the importance of preserving it as a wilderness area. In the end, he learned that there is nearly contiguous wilderness that can support wildlife along the spine of the Rockies, if we make the right decisions on land use and large-scale conservation.
It’s an honest, humble and straightforward read – some might say it’s quintessentially Canadian.
As Heuer hikes from south to north, through untracked wilderness and mountain ranges adrift in a sea of human development, he gets closer to nature while also getting closer to a sense of what we need to maintain our planet’s ability to function. He successfully balances the quiet self-reliance of weeks on the trail with the whirlwind of project promotion and public talks at regular town stops. Essentially, he bridges the divide between people and nature, appealing to peoples’ awareness of nature whether they’re outdoor adrenaline junkies, hunters, loggers, quadders or environmentalists.
What I found particularly honest was the moment when he stood in a national park, surrounded by masses of tourists ahhing and oohing over a particularly arresting natural sight. It illustrates the biggest dichotomy in conservation and wilderness management: people need to experience nature to know, feel and understand what’s worth preserving and conserving. But the very act of experiencing it has the potential to ruin the very landscape we seek to preserve.
Above all, Heuer’s book gave me hope. He showed that, rather than having to retreat from the world (and I have wanted to be a hermit since I was a child – which is why this side read from Paul Kingsnorth is so interesting), we can both be in nature and be public citizens. This is the dilemma I’ve been struggling with while drowning under the deluge of bad environmental news: how to remain an engaged citizen without resorting to a hermitage retreat where I can neither hear, see, nor speak about any of it.
Public engagement is critical, because in the end it’s not about the government but about people. Those you meet on the trail or in the grocery store, those with whom you share your knowledge and love of the environment. Those who make everyday decisions that – when taken all together – make up the fabric of a society.
The government may not be listening – in fact, we know it’s not. So it’s up to us – the people – to do what we can for our environment, for science-based conservation and preservation. An informed populace is an armed populace, and it’s up to those of us who have the knowledge to engage others with it as best we can.
So that means I’ll keep writing about environmental issues, but instead of thinking about everything that’s *not* being done, I’ll try and keep my focus on what *can* be done. By people, for people, once they have the information to help them. That’s the goal.
NOTE: After re-reading the Kingsnorth piece I linked to above I found this quote was particularly apt:

Withdraw not with cynicism, but with a questing mind. Withdraw so that you can allow yourself to sit back quietly and feel, intuit, work out what is right for you and what nature might need from you.- Paul Kingsnorth

6 thoughts on “What's an environmental scientist to do?”