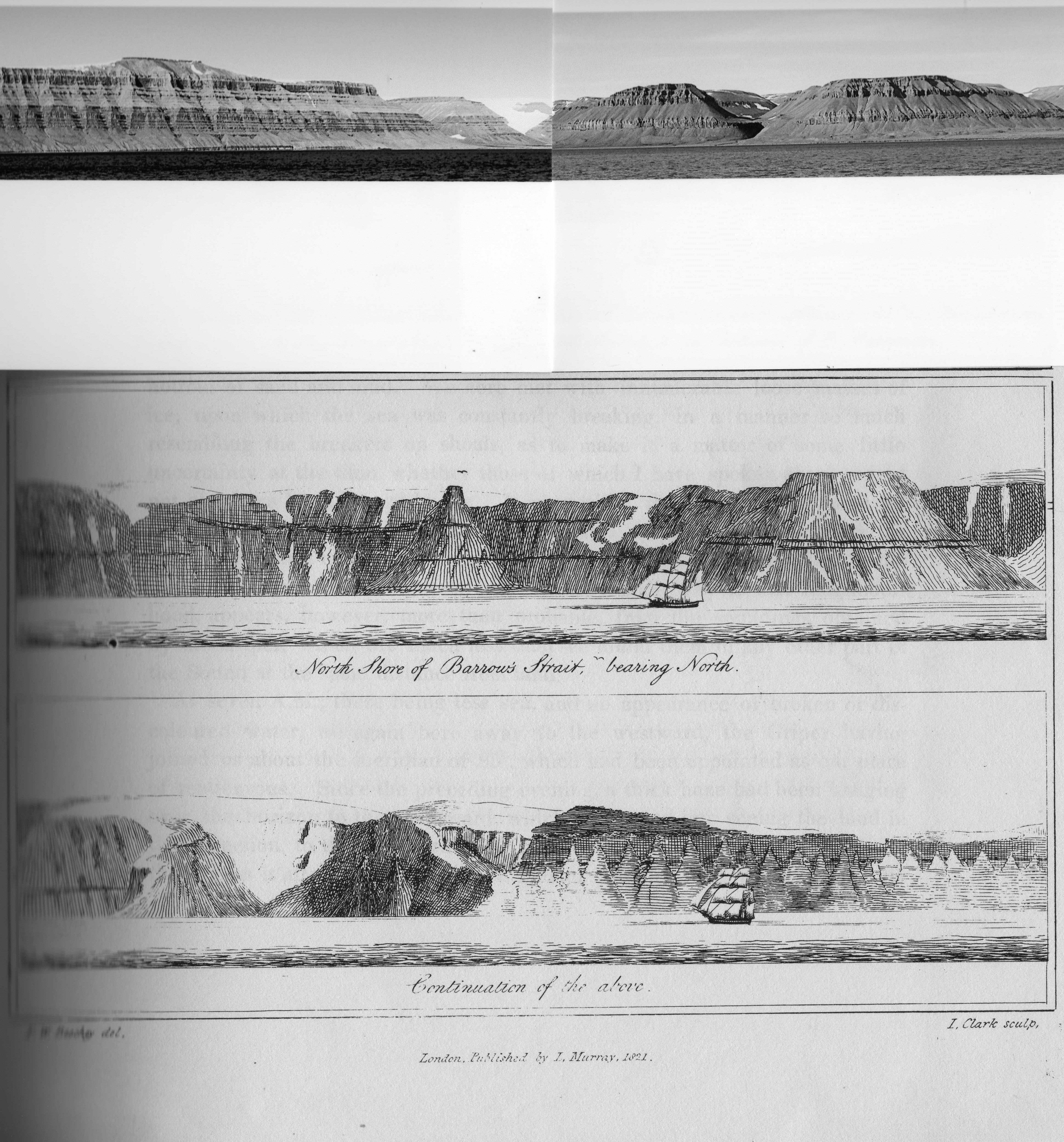 This morning I’m thinking of the Arctic, for a range of interrelated reasons.
A tragic accident in the Arctic Ocean (M’Clure Strait) this morning claimed the lives of three people: a University of Manitoba researcher, the Commander of the CCGS Amundsen research vessel, and the pilot. There are always risks involved in Arctic fieldwork, risks I never fully understood until I worked up there myself. The Arctic research community has lost many fine people – including Marty Bergmann of Canada’s Polar Continental Shelf Project in 2011, and many others.
Chris Buddle over at Arthropod Ecology recently returned from fieldwork in Cambridge Bay, and wrote most eloquently about his Arctic experiences on his blog (Part I and Part II). His posts reminded me of the three seasons (2000-2002) I spent on Ellesmere Island, at 79° N. We could see Greenland across the water, and polar bears in the bay behind our glacier. I published an article about this experience, but it’s a life that stays with you no matter how long ago it was.


My last Arctic field season was in 2008. I was part of a team doing an International Polar Year Project on the Devon Island Ice Cap, studying glacier meltwater, ice dynamics, tidewater glaciers and calving, and the implications of climate change. In hindsight (which is always 20-20), it was a disaster from the get go. One of the students wasn’t mentally prepared, and we should have divided our research teams into > 2 people each. Spring temperatures increased suddenly across the glacier, while there was still considerable snow cover. This led to massive melting, and we were cut off from our camp by slush flows. Evacuated back to the Polar Continental Shelf Base in the wee hours of the morning, I went back only to sling gear by chopper to our other research team, as I’d injured my (notoriously bad) knee.

It definitely wasn’t a season to remember! But one thing I enjoyed about the project was putting together a paper published in the Arctic Institute of North America‘s Arctic Journal. It covered the history of research on the Devon Ice Cap, and outlined what we still wanted to find out. I really struggled with how to structure it and how to synthesize the phenomenal amount of work that had already been done. Sometimes I wondered if it was worth writing at all. But it turned out to be surprisingly popular.
This past weekend I had a really great surprise relating to that paper. I got an email from Peter Broughton, a passenger aboard the Akademik Ioffe’s expedition through the Northwest Passage this past August. He wrote:

As we sailed through Lancaster Sound, I took some photos of the south coast of Devon Island in an attempt to compare what I saw and photographed with drawings made by Lt. Beechey on the Parry expedition of 1819. Having read your fascinating paper on the glaciers of Devon Island, I thought you might be interested in the attached image.
It’s a composite of two photos I took on the afternoon of August 20, 2013, when the ship was at 74° 29′ N, 83° 57’W. I think there can be little doubt that what I captured is the same landform that Beechey drew, exactly 194 years earlier, on August 20 1819 (see Parry, Journal of a Voyage .., p. 32). The inverted triangular glacier and the “scooped out” area to its east seem identical, but notice there’s a glacier in Beechey’s drawing that covers the top of this part of Devon Island that is no longer there. Parry wrote in his journal for that day “The remarkable structure of this land, which I have before attempted to describe, is peculiarly striking about Cape Fellfoot, where the horizontal strata very much resemble two parallel tiers of batteries, placed at regular intervals from the top to the bottom of the cliff, affording a grand and imposing appearance.”

This is the image that Peter sent me, which shows the changes (and remarkable similarities) between the Devon Island coast of now versus 194 years ago.

This unexpected email brought good news on so many levels. One, that someone actually read a paper with which I struggled for months. Two, that he bothered to contact me regarding the paper – and shared his own insights. Three, the reminder of field seasons past and the lure of the Arctic. And four, the link between my own (brief) Arctic history and that at the century scale, of early explorers and modern-day explorers seeing the same landscape that has changed in the interim.