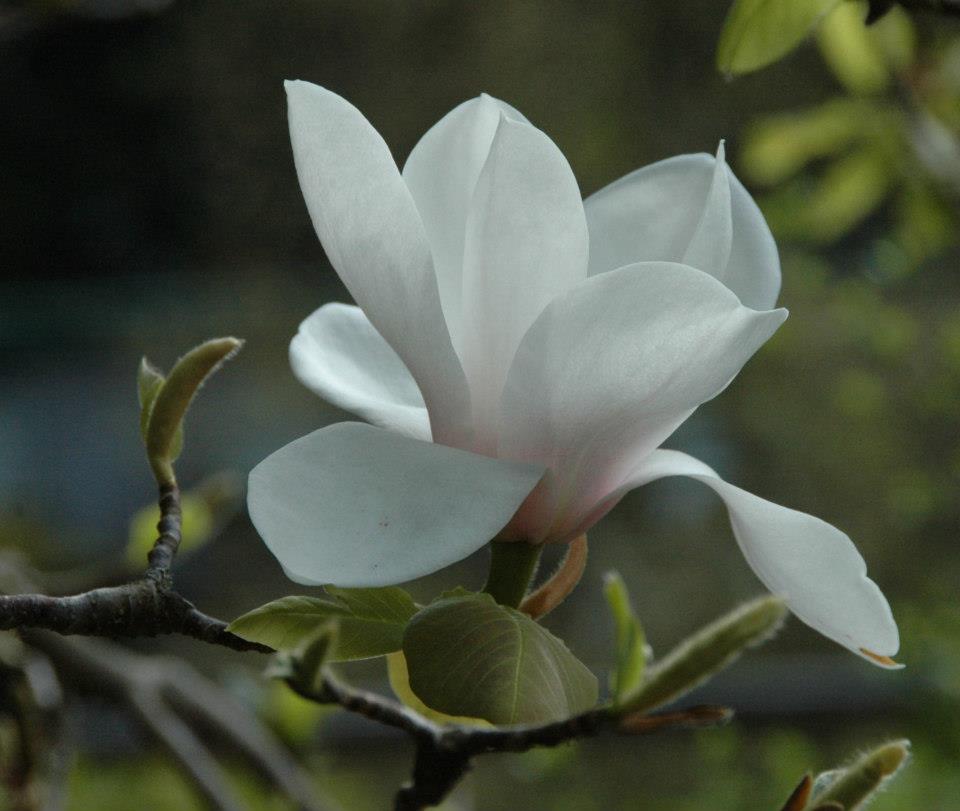 Note: A companion piece to this one was posted on DoubleXScience on 26 July, 2013.

I’ve been on medical leave for almost a year now, which is an odd sort of limbo that’s hard to explain unless you’ve experienced it.

At first I didn’t want to talk about it at all. The decision to take a leave was an excruciating one – no matter how logical it was. I was ashamed, feeling I’d failed at my job. I told only my closest friends and swore them to secrecy. After a while I realized that secrecy was only making me feel worse.

I’m an environmental scientist who loves writing and editing, I have tenure, two retrievers (one a very mischievous 12 weeks old), an h-index of 11 (whatever that means), a husband – oh and by the way I also have severe depression and anxiety. I’ve been emboldened to address this more personal issue by reading what other scientists have blogged about lately. If Olympian Clara Hughes and CBC host Shelagh Rogers could ‘come out’ about their depression, so can I. To understand a bit about depression from the inside, check out this spot-on post from Hyperbole and a Half.

My (limited) knowledge of leaves

As an undergrad, one of my professors was on leave and there were whispers in the hallways that she had chronic fatigue syndrome (CFS), a polite way of saying she was faking it. Department faculty muttered under their breath that she wasn’t that great of an academic anyway, so it was no loss to the discipline that she was on leave.

Another of my professors had a nervous breakdown. We heard (not officially, of course) that another faculty member had found her in her office, lying on the floor and crying. While she only took a short leave and then managed to get through the next term, the hallway whispers then were about how she’d overextended herself and been too ambitious.

A few years ago one of my colleagues at another university had heart surgery, and his doctor recommended a lifestyle change. Everyone talked about how good it was that he’d taken a medical leave, how great he looked, and what a smart choice he’d made to scale back his professional obligations and focus on the important things in life.

My entire experience is encompassed by these episodes – admittedly a very small sample that begs for more info and stories from other academics (please add your comments!). But the messages I got from these anecdotes were:

Returning home from a brief sabbatical at Oregon State University last February, I realized something wasn’t right. I was no longer interested in things that used to fire up my internal passions. I had a hard time talking to people – losing the thread of the conversation and forgetting basic words. I hated to be out in public, and found speaking in front of a group even worse. I’d get sweats and chills followed by extreme exhaustion, my voice sounding like it was being squeezed out of the stretched neck of a helium balloon.

From there I progressed to not sleeping – when I did fall asleep, I was startled awake by terrible nightmares. I had bouts of extreme anxiety and difficulty breathing followed by periods when I stopped talking, having nothing to say because there was absolutely nothing going on in my head. I couldn’t concentrate enough to read novels or research papers; following the thread of a logical argument or tracing character development was completely beyond my cognitive abilities. Noise of any kind put me on edge: traffic, people talking, the garbage truck, a lawnmower. Even the stimuli of driving became far too much for my mind to handle, making me angry and close to causing an accident. I couldn’t make a decision to save my life, whether it was what I’d wear that day or what time I should schedule a doctor’s appointment. For months I wished I could disappear, just quietly fade away into nothingness.

When I first went on leave I was sure that by now I’d be back to ‘normal’, but it turns out I’m just at the beginning of a long road that may not lead back to the old me. Although I described the symptoms above in past tense, they remain ever-present, though somewhat diminished. I see a doctor of some kind every couple of weeks, and have taken a broad cross section of antidepressants, mood stabilizers and anti-anxiety medications. The side effects have ranged from excruciating migraines and nausea, to a tremor that makes it look like I’m going cold turkey on a meth addiction.

After all that, the psychiatrist tells me I’m not one of the 40% of the population who is hugely helped by medication, and that – although I should continue with the latest drug cocktail – I’ll have to work harder in therapy to make up the shortfall.

I’m continually frustrated that I can’t reason my way through this. I can explain it rationally, see clearly how it happened and identify its root causes. But all the logic, graphs, or smarts in the world won’t fix it.  For things to improve I have to delve into the murky world of feeling and emotion. Thing is, that world is super uncomfortable to me, and certainly didn’t get me where I am. Being smart and rational, tenacious and tough, did. But that won’t help me much now.

I’m not writing this so you’ll feel sorry for me. I’m writing this so people know that it can – and does – happen to anyone. It’s not just a case of ‘weak’ or ‘over-reaching’ women: mental health can require just as much effort as physical health from both sexes. The prevalence of mental health issues in academia – even if only publicized for grad school – are staggering. Several of my friends have been crippled by mental health issues both in grad school and as profs. We can’t make it go away by ignoring it – instead we need to make mental health a normal part of everyday conversation, just like physical health, thereby reducing the stigma around it.

Even though the days can be a struggle, I’ve found that some good things have actually come out of the whole mess.

1. I get a sense of accomplishment from much smaller tasks.

A day at work used to include reviewing a paper and a thesis chapter, doing some data analysis, preparing lectures and teaching, meeting with students and planning fieldwork – while also making notes on ideas for a new grant. I wasn’t happy unless I’d done a half million things (okay, maybe I’m exaggerating) by the end of the day. I can’t do that anymore. These days it’s an accomplishment to spend an hour weeding the garden, or to get through a training class with the dogs. A blog post like this one can take me almost a full day.

2. I think more carefully about how I spend my time.

With limited energy, I usually have to factor some serious rest and recoup time into my day. So I think hard about what I want to do most – blog, garden, walk the dogs, read? I plan for far fewer things, and try to enjoy them more.

3. I’ve connected with a broad community of interesting people.

Twitter and the blog are great since I don’t get out much. 🙂 I’ve met colleagues I wouldn’t have otherwise, and connected with new groups and initiatives. It’s given me a more balanced perspective on what we do as both scientists and academics.

This one’s important, because without my dog I wouldn’t have made it through the lowest times. Having to get up every morning to feed and walk her kept me from sinking as deeply as I could have.

As part of my therapy and also on this blog – to keep somewhat current and to let off some of the steam that’s generated by our current government (!!).

It makes me really focus on the here and now, and helps me see things I might have missed before.

People who know what’s going on check in every now and then, keeping the conversation causal and light, while also letting me know they’re there. Colleagues who haven’t heard from me in a while get in touch and ask how things are. Others whom I thought were friends? Maybe they think I have cooties that they’ll catch just by talking to me. 🙂

Many of us have trouble saying no – to being a guest editor, speaking at a conference, co-authoring a paper…the list goes on. Pre-tenure, it often feels like you can’t say no. Other times you’re trying to cover all your bases, applying for three grants in case one doesn’t work out. Murphy’s Law says they’ll all be funded, and you’ll have triple the work.

To preserve my health I’ve had to say no. Not as often as would be good for me! But definitely more than I used to.

9. My family has been fantastic.

My husband has been amazingly patient and supportive, taking on all sorts of tasks that I can’t handle (like going to the grocery store) and encouraging me to talk. I’m in touch with my sister more, and it’s nice to hear how my nephews are doing. My parents have been understanding in a difficult situation – I hope they’re still understanding once I’m further out of the woods. 🙂

If you only read one part of this post:

Do you (knowingly or not) stigmatize mental health issues? If you think less of me after reading this post, that might say more about you than me. Perhaps you have personal experience with these issues – either directly or through someone else. And if you recognize yourself when you read this – talk to somebody. You aren’t alone. Try to find that silver lining. Most importantly, remember that depression doesn’t define you. You’re still yourself – with just a little extra thrown in.